Monday marks the start of the year’s first Grand Slam and, as always, there’s a multitude of fascinating storylines ahead of the commencement of action at Melbourne Park.

Can Nick Kyrgios keep his cool and triumph at home? Will Roger Federer’s 2017 Australian Open fairytale repeat itself in 2018? Can Venus Williams go one step better than last year and capture her first Australian Open crown at the ripe old age of 37?

Whatever happens, the next fortnight of action promises to be thoroughly entertaining. Read on to find out my predictions as to what will unfold in the men’s and women’s singles. 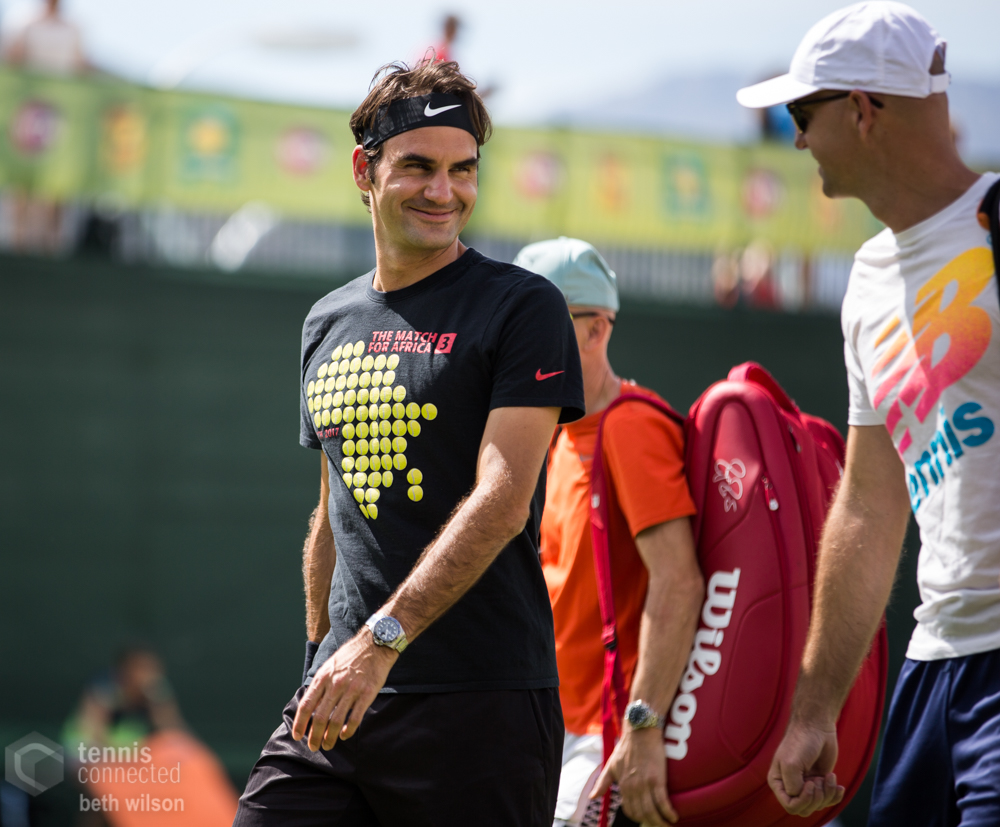 Twelve months ago, all the stars aligned for Roger Federer. The Swiss legend shrugged off a six-month absence from the ATP Tour and a 4-and-a half year Grand Slam drought to capture his eighteenth major at Melbourne Park, with Federer defeating his great rival Rafael Nadal in a thrilling five set final. Twelve months later, Federer enters the 2018 Australian Open as the number two player in the world and the current holder of the Australian Open and Wimbledon crowns.

More significantly, Federer enters the tournament as the fittest and most in-form member of the “Big Four” (or make that the “Big Five”) by a considerable margin. With Murray out of the tournament after having hip surgery in Melbourne last week, and with Djokovic, Nadal and Wawrinka all entering the tournament under major injury clouds, Federer’s camp will be extremely confident about his chances of collecting Grand Slam title number twenty. That said, Federer will need to tread with caution in the early stages of the tournament, with Goffin and Del Potro (both of whom were among the few players to defeat Federer in 2017) lurking in the Swiss maestro’s quarter of the draw. Federer will also be quick to remember the disappointment of 2015, when he succumbed meekly to journeyman Andrea Seppi in the third round at Melbourne Park.

Whilst I think Federer will progress to the final four without too much difficulty, his likely semi-final opponent is far from clear. The third quarter of the draw is packed with talent, with Zverev and Thiem the highest seeds in the section but with returning superstars Djokovic and Wawrinka also desperate to make an impact. I can’t see Wawrinka doing a lot in this tournament, with the ninth seed being susceptible to early round defeats even when at the top of his game. Six-time Australian Open winner Djokovic, however, can’t be ruled out from making a deep run despite his lack of match practice since Wimbledon, with the Serb’s adaptability and competitiveness being second to none.

If one of the youngsters is to make a breakthrough, it will likely be Zverev, the immensely talented young German, who pushed Nadal all the way in Melbourne last year. Zverev announced his prodigious abilities to the world in 2017 with two Masters 1000 titles, but the fourth seed now needs to take the next step at a major, having never been further at a Grand Slam than the fourth round.

In the top half of the draw, I like the chances of Nadal and Dimitrov playing a repeat of their absorbing 2017 Australian Open semi-final. Nadal has the easiest quarter of the draw to navigate, with his biggest issue being his own health and fitness. Assuming the Spaniard can remain in good health, I think he will make it through to the semi-finals with relative ease.

Dimitrov has a difficult section, with the likes of Kyrgios, Tsonga and Sock all presenting significant challenges. However, the Bulgarian showed an increased level of focus and maturity in 2017, culminating in his capturing the title at the season-ending championships in London. Dimitrov was unlucky to lose to Nadal in Melbourne last year, but I think the third seed, aided by greater match practice and superior fitness, can gain revenge if they do end up playing one another.

Dimitrov might despise his nickname, but a Baby Fed – Fed final would be a delight for the sponsors and the fans. I’m not convinced that Dimitrov, in what would be his first Grand Slm final, can topple Federer in a best of five sets match, but it would sure be intriguing to watch the talented Bulgarian try.

Outside Chance: Nadal, Djokovic, A. Zverev 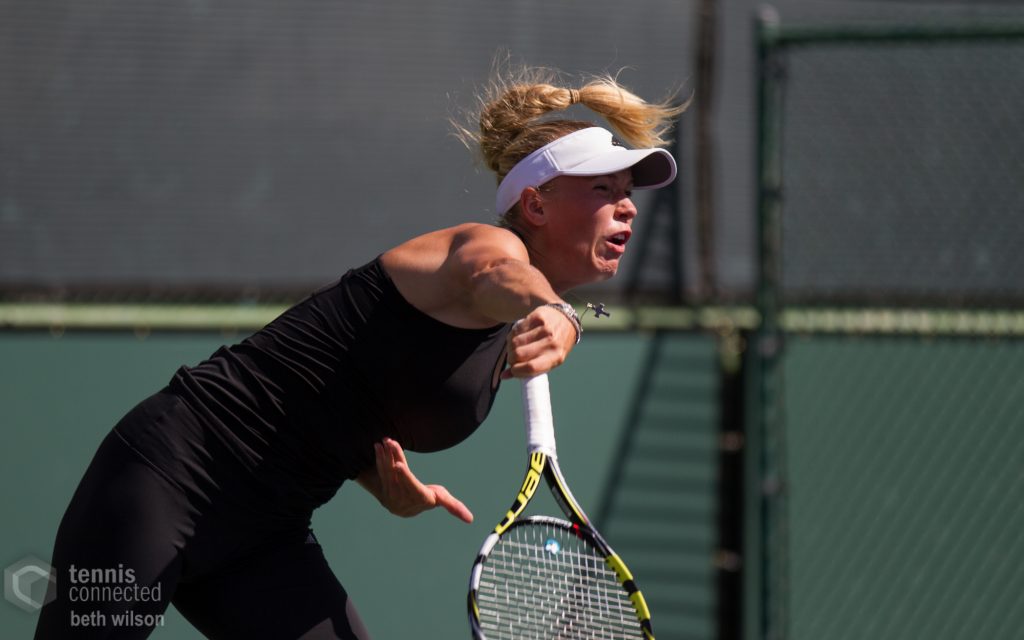 With Serena Williams out of the tournament, the women’s singles event is wide-open. As the 2017 season highlighted (with the four Grand Slam titles being won by four different women), there is plenty of depth on the WTA Tour. In all honesty, there are probably ten or fifteen realistic contenders for this year’s Australian Open and the ultimate winner will likely need a bit of luck on her side in order to lift the trophy.

In broad terms, women’s tennis can be divided into the big hitters and the counterpunchers. In 2017, it was the big hitters who prevailed for the most part at the majors, with Serena Williams, Jelena Ostapenko and Garbine Muguruza all squarely in the power tennis camp. Sloane Stephens bucked the trend with her US Open win (defusing a big hitter in Madison Keys) and it seems that 2018 might be the year of the counterpuncher, with Simona Halep and Caroline Wozniacki entering the tournament as the top two seeds.

Halep will be eager to improve on her miserable last couple of outings at Melbourne Park, but the Romanian will likely face stiff challenges early on, with scheduled match-ups against Eugenie Bouchard in round 2 and Petra Kvitova in round 3. Also lurking in Halep’s quarter are big hitters Konta and Pliskova, along with the talented Aussie Ashleigh Barty.

I think Halep, fresh from a tournament win in Shenzhen and assisted by wily Aussie coach Darren Cahill, will do well at Melbourne Park this year and make it through to the pointy end of the championship. In a talent-laden second quarter of the draw, I’m predicting former world number one and 2016 Australian Open champion Angelique Kerber to emerge, with the German looking back to her best after a very disappointing 2017 campaign.

Caroline Wozniacki had a terrific 2017 season, and I think the Dane has a golden opportunity to finally claim her maiden Grand Slam title. In her quarter are French Open champion Jelena Ostapenko and 2017 Australian Open semi-finalist Coco Vandeweghe, both of whom absolutely whack the ball. Wozniacki’s fitness and court coverage will need to be first rate in order to counter the elite power players but, in capturing the 2017 season-ending championship in Singapore, the Dane showed that she was very much capable of wearing such players down.

Venus Williams has a very tough opener against Switzerland’s Belinda Bencic, the former top tenner who is now in top form on the comeback trail. Venus, the in-form Julia Goerges and fourth seed Elina Svitolina (a recent winner in Brisbane) all have genuine chances of making deep runs in the tournament, but my money is on a Halep-Wozniacki final, with the Dane proving too strong for the Romanian in the final.

That’s it in terms of my predictions for this year’s Australian Open. Enjoy the fortnight of tennis from Melbourne Park and keep up to date with my additional thoughts as the action unfolds on Twitter: @satelliteserve.