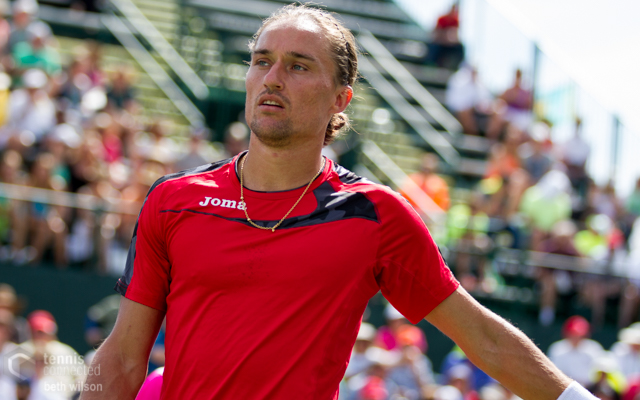 Day 2 of the 2016 Australian Open saw the fireworks begin, with Nadal, Halep and Venus Williams all first round casualties on the tournament’s second day of play.

In the women’s tournament, second seed Simona Halep and eighth seed Venus Williams turned in strangely lifeless performances, going down to Zhang and Konta respectively, There was better news for fellow Azarenka and Muguruza, who each posted straight sets wins to book their spots in the second round.

2015 semi-finalist Madison Keys got her 2016 campaign off to a successful start, collecting a straight sets win over Zarina Diyas, as Ivanovic, Kerber, Pliskova and Jankovic also recorded first round victories on Day 2.

In the men’s tournament, 2009 champion Rafael Nadal was the shock loser, the Spaniard going down in 5 sets to compatriot Fernando Verdasco. Posting 20 aces and 90 winners in total, Verdasco simply out-hit his countryman in the latter stages of the match to post a most impressive victory.

Andy Murray made short work of rising star Alexander Zverev, whilst veteran Lleyton Hewitt progressed to the second round in his final tournament. Other winners on Day 2 included Tomic, Wawrinka, Isner and Ferrer, whilst exiting the tournament at the opening hurdle was Italian seed Fabio Fognini and South African seed Kevin Anderson.

Dolgopolov has enjoyed success at Melbourne Park in years gone by, and the Ukrainian has the added advantage going into this match of having trained with Federer in Dubai during the off-season.

That said, Federer looked particularly sharp in his opening round win and I don’t think he will be surprised by Dolgopolov’s game in this clash. Dolgopolov is a tricky and unique player but Federer has the experience to weather the storm. Federer in 3.

This should be a blockbuster clash between the tournament’s fourth seed, Radwanska, who enjoyed a terrific finish to the 2015 season, and Bouchard, who struggled in 2015 after a stellar season in 2014, which saw the Canadian make the semi-finals in Melbourne and Paris and the Wimbledon final.

Bouchard definitely seems to be playing much better than she did in 2015, much to the relief of the WTA Tour organisers, but I don’t think she has the consistency to match Radwanska right now. The Pole is a tricky opponent at the best of times, and has plenty of confidence at present. Radwanska in 3.

Williams received a good hit-out in her first round encounter against Camila Giorgi and showed no signs of discomfort in relation to her troublesome knee. Accordingly, I think Hsieh is in for a particularly difficult match today.

The Taiwanese player is a former world number one in doubles and has enjoyed some success in singles at Melbourne Park previously, but I think her delicate touch will be overwhelmed by Serena’s brute force today. Williams in 2.

Winning the Hopman Cup alongside the flamboyant Nick Kyrgios will have done wonders for Daria Gavrilova’s confidence, and the naturalised Aussie has to be considered an outside chance in this clash.

Two-time Wimbledon winner Kvitova is notoriously inconsistent and is rather vulnerable in the opening week of Grand Slams. Ultimately, I think the Czech will get through courtesy of her powerful serve, but not without a scare. Kvitova in 3.

This is an interesting clash between different generations. Thiem represents the up and coming generation, with the talented Austrian making the semi-finals in Brisbane in the lead-up to this tournament.

Almagro is past his prime, especially once you consider his various injury concerns in the past years, but the Spaniard remains a talented shotmaker and a danger on both clay and hard-courts. Thiem is in better form but Almagro can definitely steal a set. Thiem in 4.

Put your house on: Maria Sharapova. The Russian has a habit of blitzing through her early round matches and I expect her to book her third round spot with a minimum of fuss today.

Likely to go the distance: Pencil in 5 sets for the clash between Spanish seed Guillermo Garcia-Lopez and German journeyman Daniel Brands.