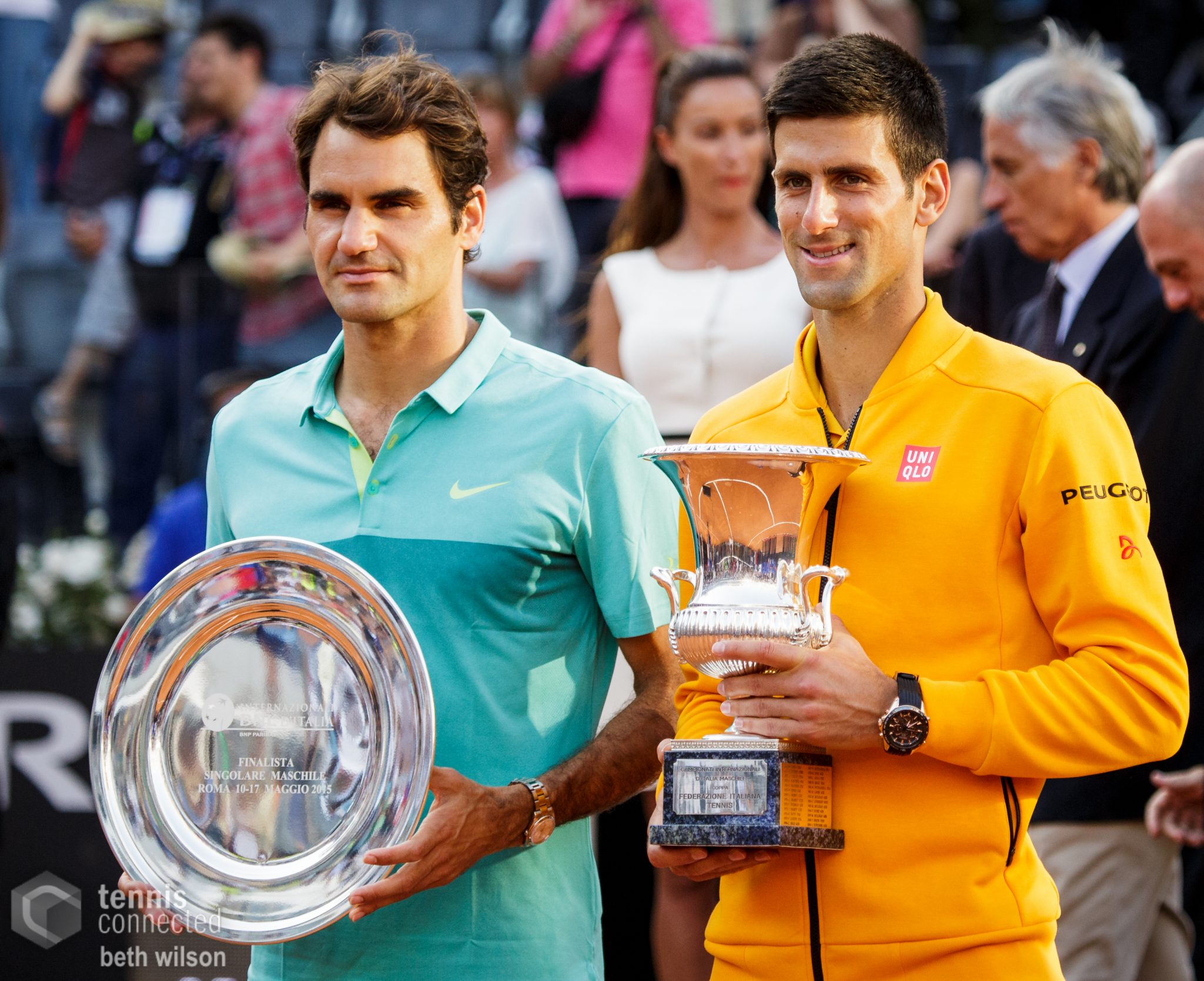 Welcome to Tennis Elbow, the column that looks back on the week that was in the world of tennis. This week, Charles Blouin-Gascon ponders the rivalry between the top players.

Boris Becker would call this, what, too much love found? What’s the opposite of “No love lost”?

The German has published a new book, appropriately titled “Wimbledon: My life and career at the All England Club” considering his success at the place during his career, and discusses many topics. (Not that I’ve read it. I just know, because that’s how all books work. The book was released on June 8, 2015; why not buy it for your dad? Father’s Day is this weekend, and your father most definitely did watch Becker play about 20+ years ago.)

Among said topics the 47-year-old tackles is the current lack of rivalry between top players of the ATP World Tour. Notably, he insists that his protégé Novak Djokovic and Roger Federer “don’t particularly like each other,” despite the fact that there doesn’t appear to be any kind of contention between the two.

There’s no love lost between Federer and Djokovic is what Becker is saying, and it’s apparently because of the Swiss. “The reason Roger is one of the highest-paid athletes of all time is because he’s liked by everybody. But think about this—you can’t possibly be liked by everybody… He makes good money out of his image, but would he make less if we saw a bit more of his true feelings?”

It’s no secret that Federer has built an empire on being a gentleman, on being a man every parent can point to with their children and say, “See? That’s someone you should look up to” as they watch him play matches. Federer never speaks out, either because he never has anything bad to say or, more likely, because he chooses not to.

But the post-script of Becker’s quote is that if the 33-year-old were to speak his mind, then we may hear him say some not-so-gracious things about Djokovic.

The two have faced each other 39 times so far in their career, with the Swiss holding a slight 20-19 edge (but Djokovic leading the way at 9-5 in finals). Their last real classic confrontation happened, for my money, four years ago in the semi-final of the US Open.

After that match (which he lost, oh by the way), Federer acted out. He was, let’s not mince words here, a crybaby, a petulant child who couldn’t accept the result. “It’s awkward having to explain this loss, because I feel like I should be doing the other press conference,” he said. “To lose against someone like that, it’s very disappointing because you feel like he was mentally out of it already. Just gets the lucky shot at the end, and off you go.”

Djokovic was only starting his ascent by then, distancing himself from the likes of Andy Murray to join the firmament of the sport, where Federer and Rafael Nadal resided. And if there is a rivalry between him and Federer, it stems from a contrast between their two personalities: the Swiss is like his country, neutral and gracious, and friends with everyone; Djokovic is boisterous, a showman, and at times funny and silly. Becker would say that he finds Djokovic much less boring than Federer, but we can’t overlook that it’s coming from one of the Serb’s two coaches.

But in 2015, that contrast is overplayed: the Serb has matured, both on the court during matches and afterward, and is not quite the Djoker anymore. Gone are his player imitations: thrilling as they might have been, he’s understood that it will neither help him win matches, nor gain the respect of his peers.

Rather, it’s for moments like the following, at the Roland Garros final just over a week ago, that Djokovic is remembered now. In 2015, Djokovic is gracious in defeat, in part because he’s had so many sad moments at Grand Slam finals over the years; it’s like he’s taken a page out of the Roger Federer notebook.

Back to Becker now for a minute, he has since softened his stance re: Federer on his Twitter account.

After reading multiple lies/misquotes in the media about my opinion of @rogerfederer …let me tell you all : I have the utmost respect..

For him as a player/man/legend of our sport !!! In fact I like to call us friends…

To his credit, he doesn’t hide from the fact that it all has served as great publicity for his book.

If u wanna know what I said about him and many other players of today and yesterday,go and buy my book #BorisBeckersWimbledon