The Rubik’s Cube-like box arrived at my doorstep and I immediately opened it up to discover its contents. It had been a long year of little tennis because of COVID and closed courts, and I just knew what was in this little box was exactly what I needed to give me that little push to get me back to the game I loved.

Two slick yellow and black wearables appeared, as well as two small white USB charging cables and instructions on how to start using my new NeuroTennis wearable, the popular device promoted by former world No. 1 Mats Wilander. I had seen so much on social media posts the past few months. 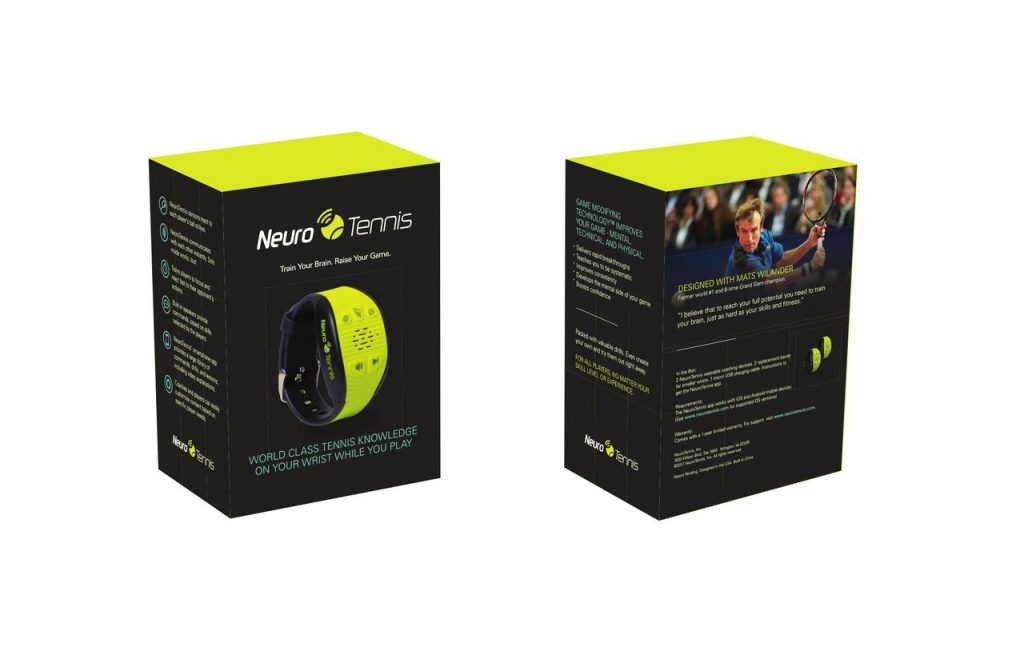 I checked out the informative website at www.NeuroTennis.com and learned more about everything it offered. I would be using a training tool that promised to actually change how I play, and really improve my game. It would help me react faster to my opponents’ shots, remind me to prepare earlier, and focus on my footwork. “One of NeuroTennis’ uniquely intriguing features is that it provides not one, but two wearables, and that the two devices communicate with one another to follow the pace of the hitting. This promised to be completely different than other electronic devices, which are connected to just one player.

I charged both devices up and downloaded the NeuroTennis app onto my iPhone. I paired both devices and downloaded the ball machine lesson from the app onto the wristbands. Hoping to shed some of the rust off my game, I felt like the ball machine lesson would be a good way to start and after watching a quick video (https://www.neurotennis.com/ball-machine/), I was ready to go.

The ball machine lesson allows you to choose the drills you want to execute. I taped one of the NT200 devices to the ball machine and set the sensitivity to “Max”, which allowed the wristband to naturally detect that my ball machine was sending a ball. The second wristband, which I was wearing, receives signals when balls were sent by the machine. I pressed play and was ready to start the ball machine.

Immediately I began receiving instruction in the voice of Wilander and WTA player Lauren Davis that kept me focused and on-point. Instructions like: “Stay light on feet,” “Recover fast,” “Release the wrist,” “Keep your head still,” and “Feel the weight transfer.” 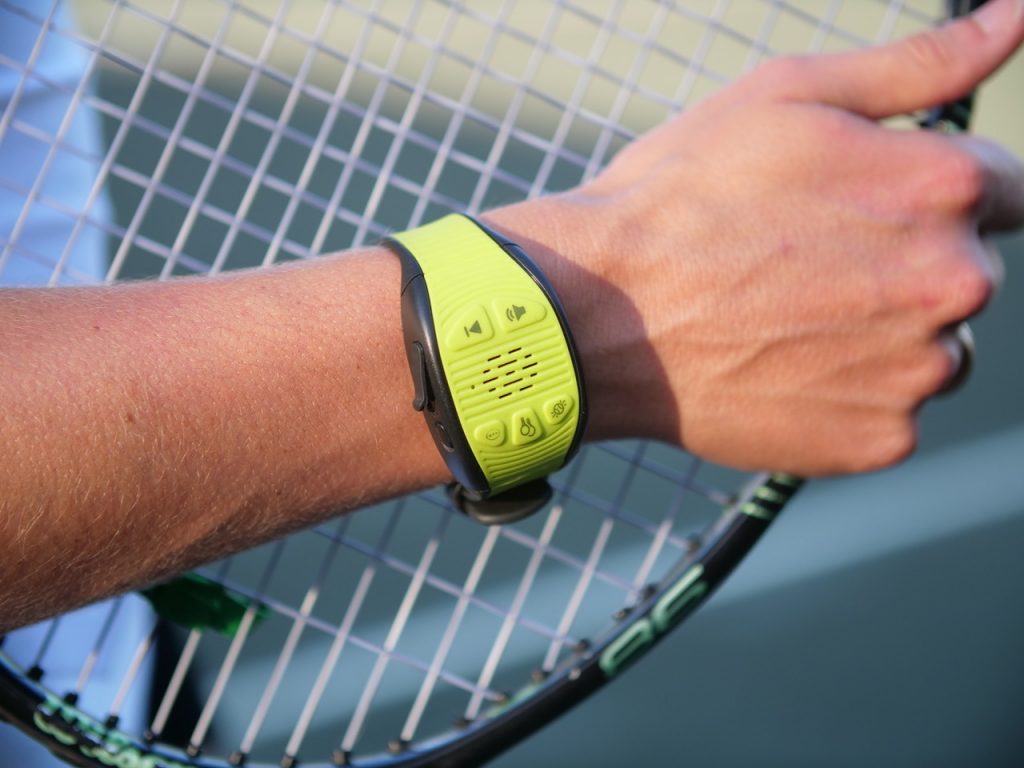 I also received direction on where to hit my next shot as soon as a ball was launched by the ball machine: “Cross-court low and flat.” “High topspin down the line,” etc.

I had read online that NeuroTennis “brings the fantasy of hitting with Mats Wilander to your backyard.” And it was true. I had also read that NeuroTennis was a company based in Arlington, Va., and started by brothers and tech entrepreneurs Alain Cohen and Marc Cohen. Alain is an MIT-educated electrical engineer and computer scientist, and Marc is a Stanford-educated electrical engineer.

The brothers had met Wilander and WOW partner Cameron Lickle at a Washington D.C. clinic. Mats yelled out instructions to Marc, who seemed to play better and wondered what it would be like to always have Mats’ instructions, at just the right time.

A former captain and No. 1 player at the United Stated Naval Academy, and Chief Operating Officer of NeuroTennis, Cameron Lickle said the concept of NeuroTennis is to make you think about the important details when you need it most. “For example, one of the most common problems observed on court is that players wait too long to turn their body and prepare their racket to hit an incoming ball,” Lickle said. “This results in the stroke being rushed and out of control. If you improve just that one aspect of your game, you will see major dividends.”

Cohen said NeuroTennis provides positive encouragement of specific habits. “A common phenomenon in tennis coaching is for players to become frustrated with corrective feedback,” Cohen said. “We’ve all been there when we hear instructions from a coach, we assume that if we receive feedback like ‘bend your knees’, it must be because we are not doing something right. It’s a negative form of feedback, and after hearing many comments numerous times, frustration sets in. With NeuroTennis, the player just receives the positive reinforcement regarding specific details they are working on and does not assume they are doing anything incorrectly. Instead, they just keep trying to do it. This repetition without frustration leads to better absorption of information and formation of good habits.”

With NeuroTennis’ real-time sensors and two-way communication, I could see in just a short time how the flexible instructions would continue to improve my game with more use. I can now manage my practice sessions with the NeuroTennis app and look forward to my next lesson with Wilander, Davis and NeuroTennis.