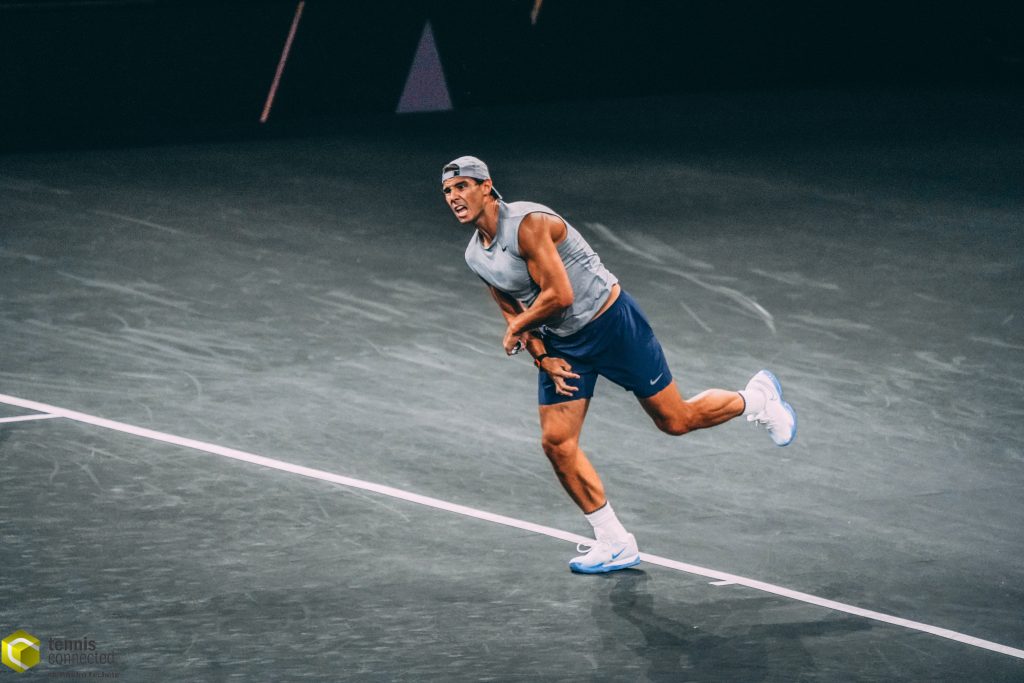 With the devastating bushfires continuing to rage on in Australia, question marks remain over the air quality at Melbourne Park and its effect on the players and the functioning of the tournament.

Against this uncertain backdrop, read on to find out my predictions as to who will claim victory in the men’s and women’s singles events in the first Grand Slam of the year.

Rafael Nadal might be entering the tournament as the world number one and the top seed, but there’s no doubt that world number two and second seed Novak Djokovic is the warm favourite in the men’s singles event. The Serb was unbeaten in the recent (and inaugural) ATP Cup, winning all four of his singles matches, plus a couple of doubles matches, as he steered Serbia to victory.

Djokovic’s straight sets win over Nadal in the final made it 19 consecutive sets for the Serb against the Spaniard on hard-courts – an astonishing statistic given how evenly matched the two competitors are over the course of their rivalry.

Of course, as a seven-time winner in Melbourne, it’s stating the obvious to note that Djokovic likes playing Down Under and relishes the warm conditions and lively atmosphere. At this stage, his biggest adversary might be the air quality in Melbourne rather than an actual opponent. Of course, Nadal cannot be ruled out and the gladiatorial Spaniard is certainly match-fit after a tough week at the ATP Cup. The world number one mixed some impressive displays (including a fighting win over the Australian rising star, Alex De Minaur) with some less impressive showings (including the loss to

Djokovic and a surprise loss to David Goffin) but the tough matches will stand Nadal in good stead ahead of the Australian Open.

The final member of the Big Three, Roger Federer, is somewhat of an unknown quantity heading into this year’s Australian Open, with the Swiss star not having played any competitive matches since November. That said, Federer has expressed confidence that his hard training in the offseason will leave him well placed to prosper in the tournament. Given his vast experience and success in Melbourne, it would be foolish to write off the prospects of the 20-time major winner.

Will 2020 be the year, finally, when the Next Generation knocks the Big Three off their perch? I’m not convinced it will be, but if anyone is to steal a hard-courts Grand Slam away from the Big Three then it’s likely to be either Stefanos Tsitsipas or Daniil Medvedev. The Greek rising star knocked Federer out of last year’s Australian Open and landed the biggest win of his career in November by claiming the ATP Finals in London.

2019 was a similarly watershed year for the Russian, with Medvedev making the US Open final and pushing Nadal all the way in a grueling 5-set final. The world number four was a model of consistency in the second half of the 2019 season, claiming multiple trophies and high profile scalps, including those of Djokovic, Wawrinka and Thiem.

Heading into the women’s event, all the focus is on American superstar Serena Williams. Williams captured her first title in almost three years in Auckland last weekend, and perhaps this win will provide the catalyst for the 23-time major winner to get over her recent Grand Slam finals phobia.

Whether the recent record is a result of bad luck, poor performance or the pressure around
equaling (and then beating) Margaret Court’s record of 24 Grand Slam singles titles is anyone’s guess, but I’m backing Williams to break her duck and to break it soon.
Naomi Osaka was one of the players to thwart William’s quest for major title number 24, upsetting the American in the 2018 US Open final. Osaka then went on to win the 2019

Australian Open and I’m predicting the defending champion will do a good job in attempting to defend her title. Osaka is at her best on hard-courts, and the win at Melbourne Park last year will give her plenty of confidence heading into this year’s first major.

In terms of the best of the rest (and there are many players on the WTA Tour with a legitimate chance of lifting the trophy), I’ve narrowed it down to three players. Local hero and world number one Ashleigh Barty had a stellar 2019 and cannot be counted out, although I think the pressure of playing at home as top seed will ultimately wear on the Aussie.

Karolina Pliskova captured her third Brisbane International title last weekend, a testament to the fact the lanky Czech loves the conditions in Australia. Pliskova has underachieved generally at Melbourne Park, but her best performance (a run to the semi-finals) came last year and she has to be considered one of the key contenders for the title this year. Another lanky Czech, Petra Kvitova, is another main contender for the women’s title. Kvitova lost a very close final to Osaka last year and the two-time Wimbledon champion will be desperate to go one step further this year. Kvitova can be erratic, but if she gets through the first week of the tournament look for her to improve her level and to be a major threat in the latter stages of the tournament.

That’s it for now. Enjoy the tennis from Melbourne Park over the next couple of weeks and follow me on Twitter (@satelliteserve) for more tips and predictions during the course of the tournament.