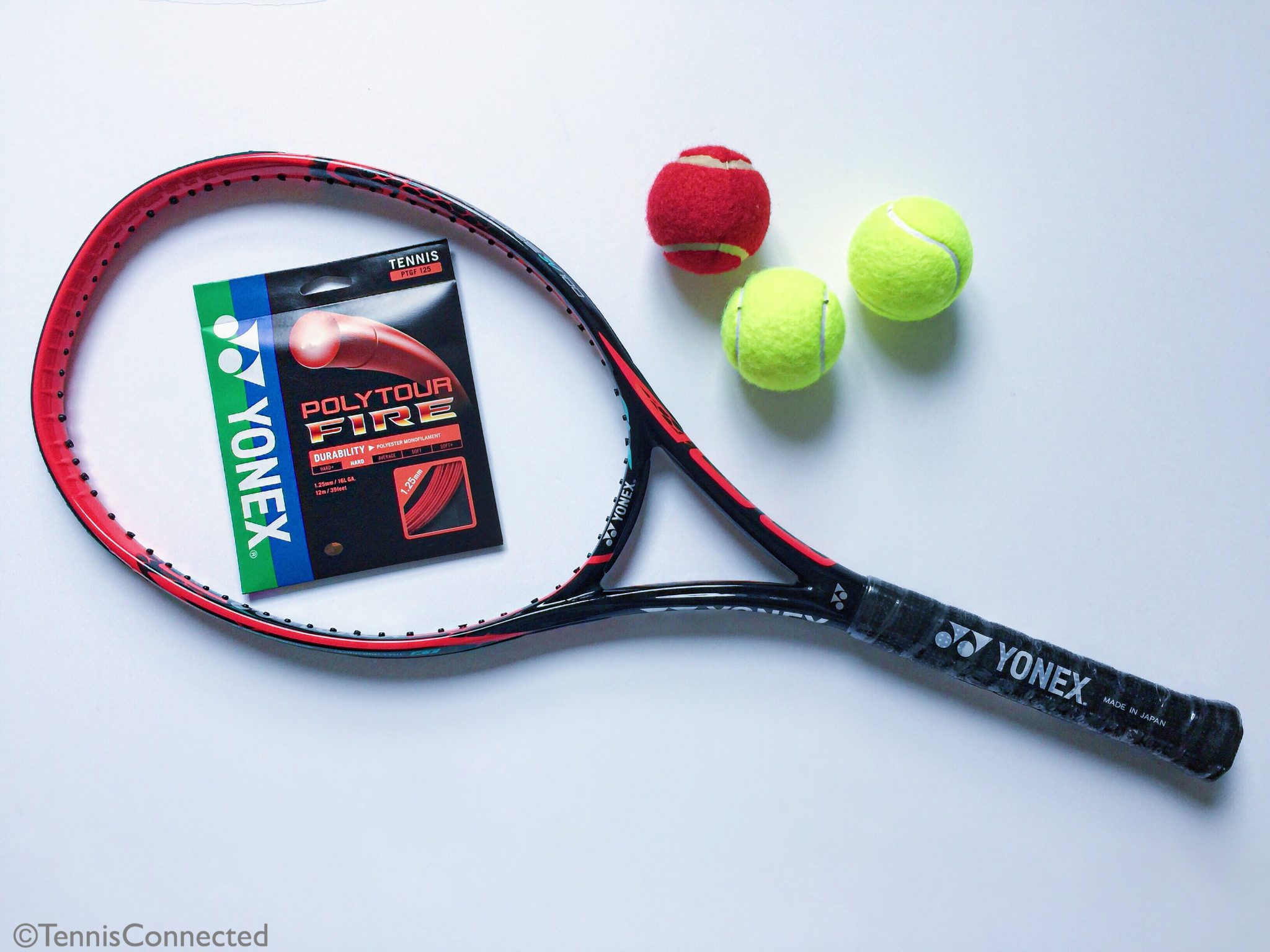 World No. 1 and reigning Australian and US Open champion Angelique Kerber was the undisputed leader on the women’s Tour in 2016. The German is already looking forward to taking to the court in 2017, where she will debut her latest Yonex VCORE SV 100 racket. This particular frame is a dream come true for the beginner to advanced player that his looking for more bite and power on their shots.

Loaded with tremendous spin potential, the Yonex VCORE SV 100 is featured in 100 square inches, has a stiffness index of 69 and a strung weight of 11.2 ounces. Allowing for increased racket head speed and great acceleration on ground-strokes from the baseline, the Yonex VCORE SV 100 produced more than enough power on flat, slice or topspin shots hit to all corners of the court. The increased beam size of this frame over its predecessor certainly allowed for more ball speed per shot. From the net, deeper volleys were rewarded slightly more than touch shots, with overheads being hit with pace as a result of the light-weight nature of the racket.

Serves were also struck with ease during this play-test, due in large part to the easy-flowing racket head speed that was generated. Even though the Yonex VCORE SV 100 does hold a slightly more aerodynamic beam in the lower part of the racket as compared with the general Isometric head shape of traditional Yonex frames, it was apparent from the beginning that the Yonex VCORE SV 100 was designed for players of all levels.

The highlight of this play-test was surely returning serve. The thicker beam added more than enough stability and accuracy when attempting to block back a blistering first serve, while the free-flowing nature of the racket allowed for quick strikes on second serves.

Known for her tremendous court coverage and angles on the run, Kerber’s Yonex VCORE SV 100 also held up nicely when challenging passing shots or precise lobs were hit.

We would certainly recommend adding some lead tape to this racket for advanced players looking for a bit more stability when swinging all out against an aggressive opponent, but for those players that are currently at a beginner to intermediate level, the Yonex VCORE SV 100 will be ready to perform as soon as it’s strung up.

Highlighted in a black and red color-way, the Yonex VCORE SV 100 is also compatible with the  Sony Smart Tennis Sensor and features a highly durable synthetic grip.

If you’re in the market for a user-friendly racket that will accommodate all levels of play, then the Yonex VCORE SV 100 (as used by world No. 1 Angie Kerber in 2017) should be on your list of rackets to try.