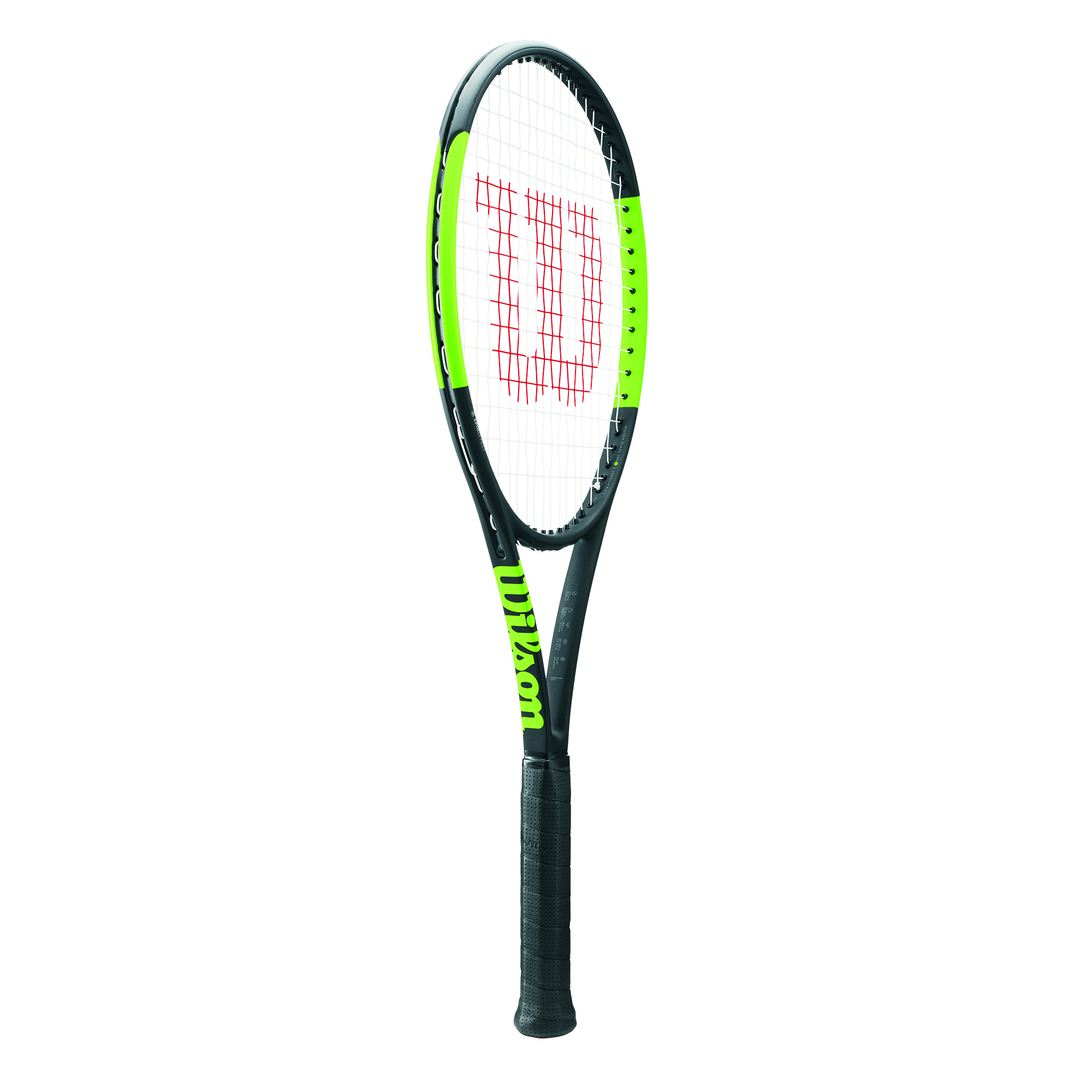 CHICAGO, October 18 – Wilson Sporting Goods Co., announced today the introduction of four new high performance rackets to its Blade performance tennis franchise that feature Countervail technology. Countervail is a patented, one-of-a-kind, layered carbon fiber, originally designed for the aerospace industry to dissipate vibrational energy in airplanes and space vehicles. Wilson LABS, the innovation hub at Wilson, has strategically placed precise amounts of the technology into specific areas of each Blade racket frame to give tennis players meaningful and cumulative physiological benefits over time, including maximum energy, particularly in late sets or long matches, and less fatigue. As a result, athletes will have more control over his/her shots and recover from training and matches faster.

Countervail is unlike any racket material ever introduced in the tennis industry in the way it minimizes the effects of vibration. Importantly, this technology is undetectable by a player, which means the feel of the racket is maintained, while control and accuracy is maximized. ATP ranked #6 Milos Raonic transitioned to his new Blade racket with Countervail in January 2016, and is the first professional athlete to use the technology on tour.

“When Wilson shared this technology with me at the start of the season, I knew I had to have it,” said Milos Raonic. “I made the switch just three days before the Australian Open, which was a risk, but it has paid off. I’ve had the best season of my career, and as I train, practice and play nearly every day, I’ve found that my energy, shot placement and late match power have gotten much better. The best part though, is that my Blade feels the same in my hands. I honestly can’t tell Countervail is in there, but I can feel it working.”

“For years, we’ve heard from players, including Milos Raonic, about the compounding effects of rigorous training, playing and hitting on the body, specifically the hand, wrist, arm and shoulder,” said Hans-Martin Reh, General Manager of Wilson Racquet Sports. “Our Wilson LABS team has continually explored how we could best protect a player’s body from absorbing vibrational energy from every shot. When we discovered Countervail from Materials Sciences Corporation, we knew we had found something special and that was unlike anything in tennis today.”

To better understand how Countervail could aid performance tennis players, Wilson collaborated with the University of Minnesota’s School of Kinesiology. The School conducted a study with competitive collegiate players, men and women, to determine if playing with a Wilson racket with Countervail delivered meaningful benefits. In the study, athletes playing with a racket with Countervail, experienced up to 30 percent less vibrational energy in the racket, leading to 10 percent less fatigue when playing. With greater energy, these players had 40 percent more control over their shots, without compromising feel.*

ABOUT THE 2017 BLADE RACKET LINE WITH COUNTERVAIL

All 2017 Blade models are also compatible with the Company’s patent-pending X2 Ergo Handle, which allows a player to create a personalized, optimal feel on two-handed backhands for more power, versatility and feel. The rackets also incorporate Braided Graphite and Basalt construction and Parallel Drilling for enhanced feel and control and an expanded sweet spot for more power and forgiving feel, respectively.

The design of the 2017 Blade carries forward the new design DNA for Wilson performance rackets. This aesthetic features simple, modern, clean lines and bold color accents, matte finishes, a smooth velvety paint, and laser engraving to symbolize the strength, power and ability of every player.