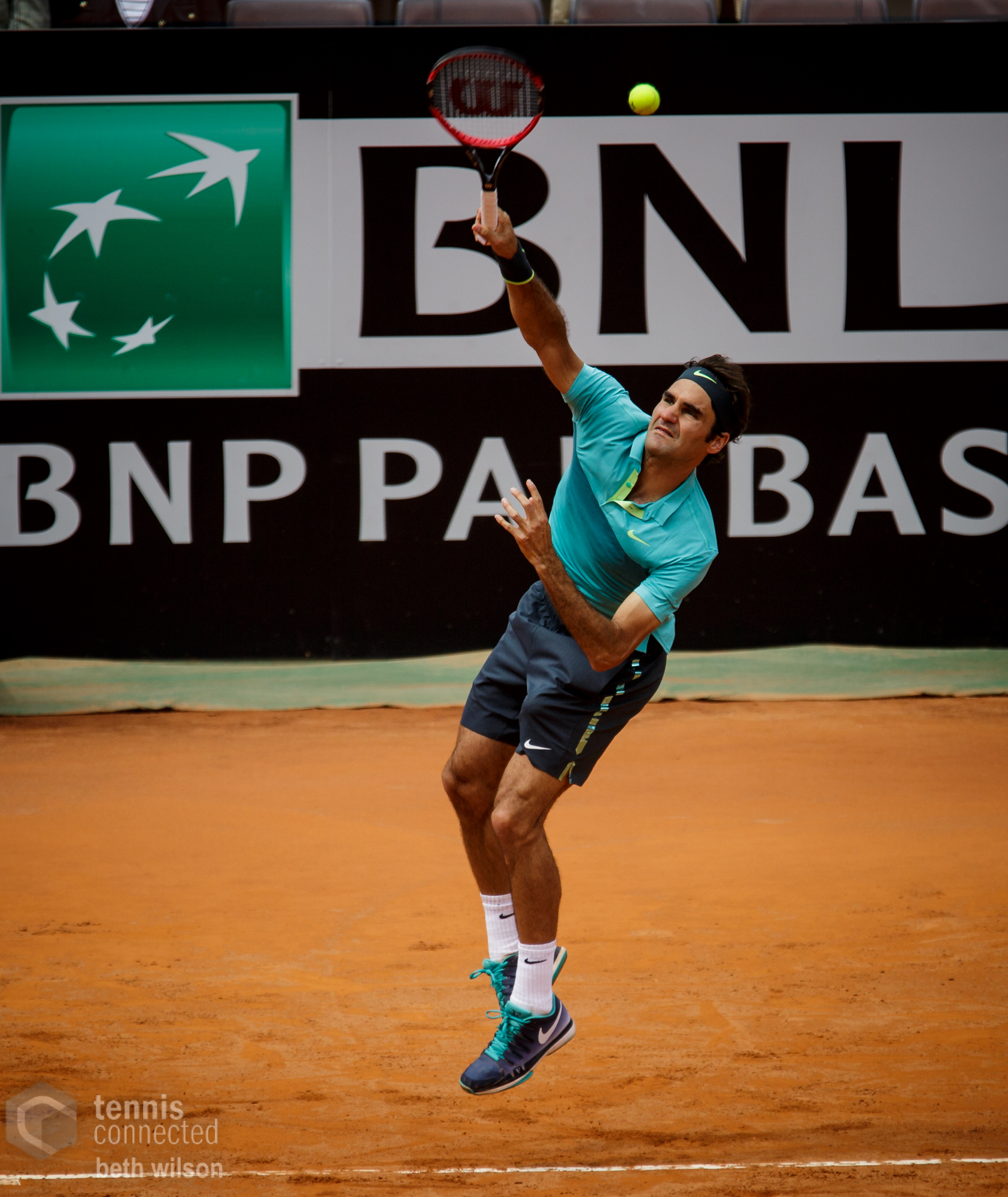 Welcome to Tennis Elbow, the column that looks back on the week that was in the world of tennis. This week, Charles Blouin-Gascon previews the 2016 Internazionali BNL d’Italia.

They have it pretty hard, tennis pros do. Right?

One week they’re in Madrid in Spain, and the next Monday, well, they’re in Rome and Italy. Oh sure, maybe they’re there to work, to compete, to practice and earn a living. They’re not traveling to two of the world’s most gorgeous cities to just wine and dine, we know; they’re going to work.

They’re going to work just like anyone would, except they’re doing so in Madrid and Rome—unlike anyone else.

All of this to say: here’s a new tournament preview.

–The quarter from hell of Novak Djokovic. Really, you would be hard pressed to find a tougher draw for a tournament favourite than the one Novak Djokovic will need to navigate in Rome. Not only does he get to battle in-form players like Gael Monfils and Milos Raonic, he also gets a possibly rejuvenated Rafael Nadal in the quarterfinals. And his prize for this win would be a likely date with Roger Federer in the next round—though is that really a problem?

–The return of Roger Federer. After withdrawing from the Mutua Madrid Open, Roger Federer still has only played 13 matches, and competed in three tournaments, in 2016. At first he took a break after hurting his knee (while preparing a bath for his twin daughters!), then he did so after hurting his back. You’ll say that it’s fine, that Federer is actually playing great when he plays; we’ll say that this is the problem. Federer rarely plays; he’s is just old now.

–A weak third quarter. Because this draw is so top-heavy, there is bound to be an underwhelming section; for us, the third section, with two struggling favourites in Stanislas Wawrinka and Jo-Wilfried Tsonga, a couple of qualifiers and just a general group of uninspired players, is that one. There’s Bernard Tomic too.

–Grigor Dimitrov. Since we’re on the topic of stupid reactions, let’s also highlight Grigor Dimitrov’s recent turn for the worse in Istanbul when he willingly took a penalty on match point for equipment abuse.

–The return of Serena Williams. On any other year, we think that the world No. 1 might not try too hard this week in Rome, but we figure that this year it may be different; while she sports a typically excellent 13-3 record in 2016, Serena Williams still hasn’t captured a title in 2016 and, most importantly, hasn’t played anywhere in over a month. If she hopes for a good Roland Garros, she’ll show up in Rome.

–Victoria Azarenka, supernova. Will the resurgent Victoria Azarenka play in Italy? She withdrew in Madrid last week and, so far, seems in line to compete in Rome. Injuries would ruin what has been the best story so far in 2016 on the WTA Tour.

–Is anybody else out there? We suppose that this is related to what’s above because Kerber certainly remains the third-ranked player on the WTA Tour; can anyone overtake her? Last week, Dominika Cibulkova became the lowest ranked player ever to make the final of a WTA Premier event; she’s nowhere to be found this week in Rome.

Cibulkova is the lowest-ranked player to make a Premier Mandatory final since the inception of the Roadmap. More: https://t.co/lGrWQS0Sqy