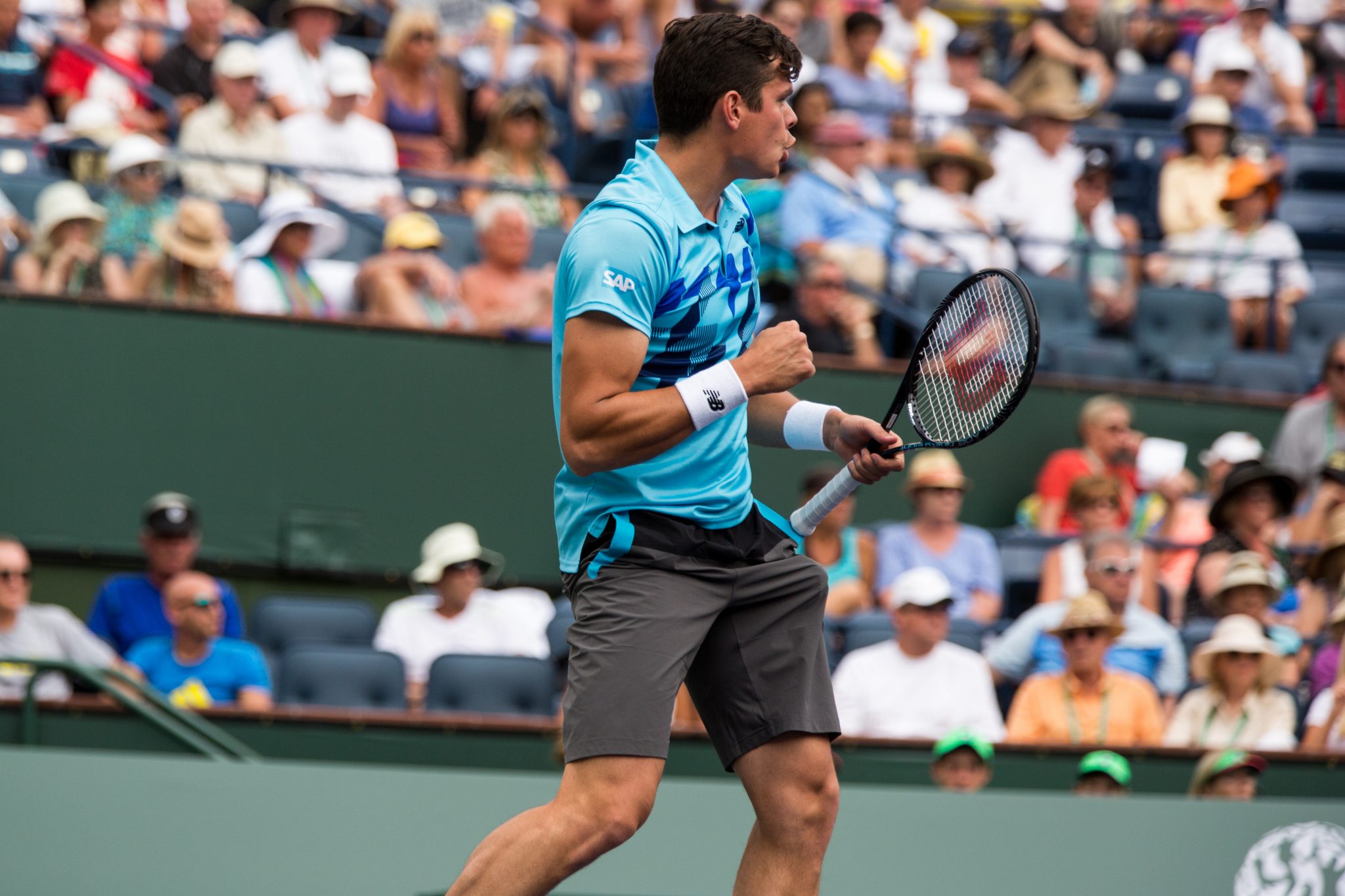 Top seed Djokovic bounced back from a sluggish performance against Gilles Simon in the fourth round, dismissing Japanese star Kei Nishikori in straight sets in the night session on Rod Laver Arena. Federer was no less impressive, scoring a 3 set win over Czech seed Tomas Berdych.

Earlier in the day, top seed Serena Williams overcame some first set wobbles to defeat Maria Sharapova and extend her winning run over the Russian. Williams will play Agniezska Radwanksa for a place in Saturday’s final after the Pole defeated Spaniard Carla Suarez Navarro in their quarter-final showdown.

Gael Monfils has won both of his previous clashes against Milos Raonic, but the last of these matches took place in 2013, and the Canadian has improved significantly since then. Raonic is in arguably the best form of his career, having beaten Federer to win the title in Brisbane and then overcoming Wawrinka to make the quarter-finals at Melbourne Park.

The mercurial Monfils is capable of anything, although a nasty fall he took against Kuznetsov in the fourth round may hinder him in this clash. I’ll back the thirteenth seed to keep his impressive run of form going today. Raonic in 4.

Andy Murray managed to put aside the drama and emotion associated with father-in-law Nigel Sear’s collapse in the stands the other day to defeat Bernard Tomic in straight sets in the fourth round and make his way into yet another Australian Open quarter-final.

Murray looked drained against Tomic and wasn’t at his best, but that is understandable in the circumstances and I think the Scot will be much better today. Ferrer is always a testing opponent but Murray is the better shotmaker. Murray in 4.

Putting aside one walkover, Kerber has never beaten Azarenka in six previous clashes and the German claimed just 4 games against the former world number one when they squared off in the final in Brisbane earlier this month.

Kerber has been a model of consistency on the WTA Tour in the last 12 months, but Azarenka looks to be back to her best, which means that the Belarusian is a major contender for Grand Slams and one of the few players capable to standing toe-to-toe with Serena Williams. I think Azarenka will be tested more in this match than in her previous matches at the tournament, but I’ll back her to ultimately prevail. Azarenka in 3.

Nobody would have predicted it at the start of the tournament, but unseeded Johanna Konta and qualifer Shuai Zhang will be battling it out today for a place in the semi-finals of the women’s tournament.

Zhang got a bit lucky when Keys was injured in their fourth round clash, but the Chinese player still had to get the job done, which she did successfully. Konta may well be drained from her long win over Makarova and so I’m leaning towards Zhang in this one. Head to head meetings are tied at one apiece, and I’m sure this one will be close. Zhang in 3.