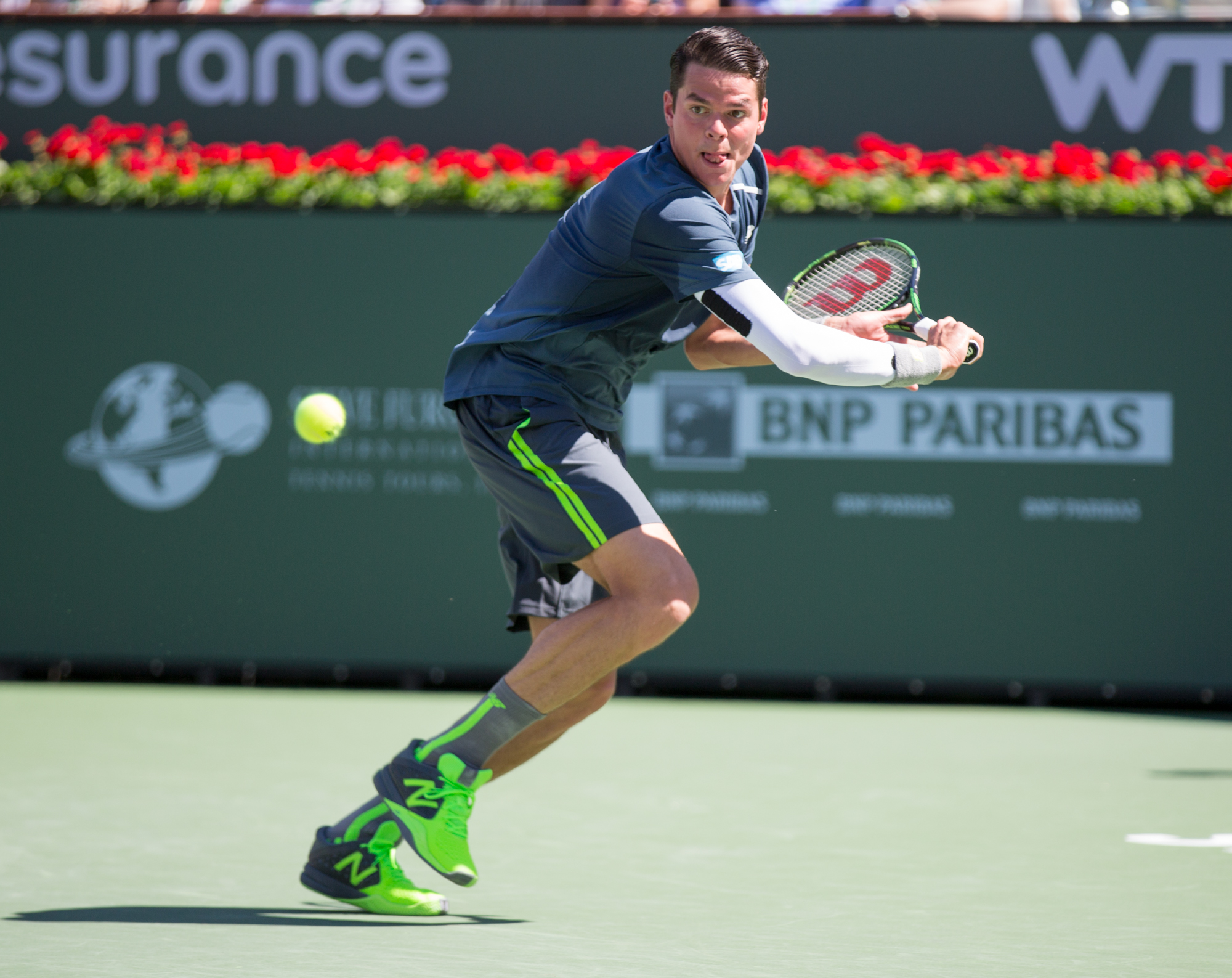 Welcome to Tennis Elbow, the column that looks back on the week that was in the world of tennis. This week, Charles Blouin-Gascon discusses Milos Raonic’s win in Brisbane.

What a difference a year makes for Canadian Milos Raonic.

After losing the 2015 Brisbane International presented by Suncorp final by the score of 4-6, 7-6(2) and 4-6, the 25-year-old again reached the final this past weekend and, again, found the great Roger Federer standing across the net from him. That win, in 2015, had been the 1000th of the Swiss’s illustrious career.

But this was then and this, as they say, is now; and this time, Raonic emerged victorious with a 6-4 and 6-4 win. Understandably, he was thrilled after the match. “It feels great considering how the past nine months have been. It adds a sort of cherry on top to all that,” he said. “[The win] does great things. For myself it signifies within the team how concrete and good the work we’re doing is.”

It signifies that Raonic has snagged a second career win against King Roger, the very first player born in 1990s to do so; and before we discuss the «concrete and good» work Raonic and his team are doing and have done, a word first on that team.

Because lest we forget, the Canadian has made changes to his coaching staff after a difficult and frustrating 2015 season: since peaking at No. 4 in the Emirates ATP Rankings early last year, Raonic battled back and foot injuries. Ending the year at No. 14, he parted ways with head coach Ivan Ljubicic this offseason and he’s since replaced him with Carlos Moya.

The catch? Ljubicic is now part of the Federer coaching team, so this win had to be twice as satisfying for Raonic.

To get the win, the Canadian was more aggressive than he’s been against Federer in the past, if only because his serve was so effective: for the match, Raonic won 82 per cent of the points on his first serve. He knew he needed to. “Against him it’s always about who can dictate,” Raonic said after the win. “I felt that other than maybe one service game where I double faulted three times, I was staying quite a bit ahead on my serve and always close on his, except for one that I lost at love. […] I was giving myself opportunities and then was able to capitalize twice.”

This wasn’t lost on Federer, who managed to reach the 136th final of his career despite battling the flu earlier in the tournament.

Federer on Raonic: ‘His consistent power is something that’s so impressive. Focus he brings to every single serve. Amazing he can do that’

Maybe this win signifies a new normal for Raonic: in his playing days, Moya was a well-rounded and agile player with a massive forehand. While he never had any weapon quite like Raonic’s serve, it didn’t stop him from reaching the top of the rankings.

The hope is that under Moya’s guidance, Raonic can add a bit more pizzazz and agility to his game; at this point, the Canadian has proved that the difference between himself and the top players is mostly one of degree. Because at his best, he’s right there with the best.

That’s what this win means for Raonic, who discussed this after the win in Brisbane. “At the same time, with the difficulties I’ve had last year, it’s maybe a good way for me to show the other guys I will face going in Melbourne that I’ve got my stuff back together and I can play some good tennis again.”

He started to this past week.