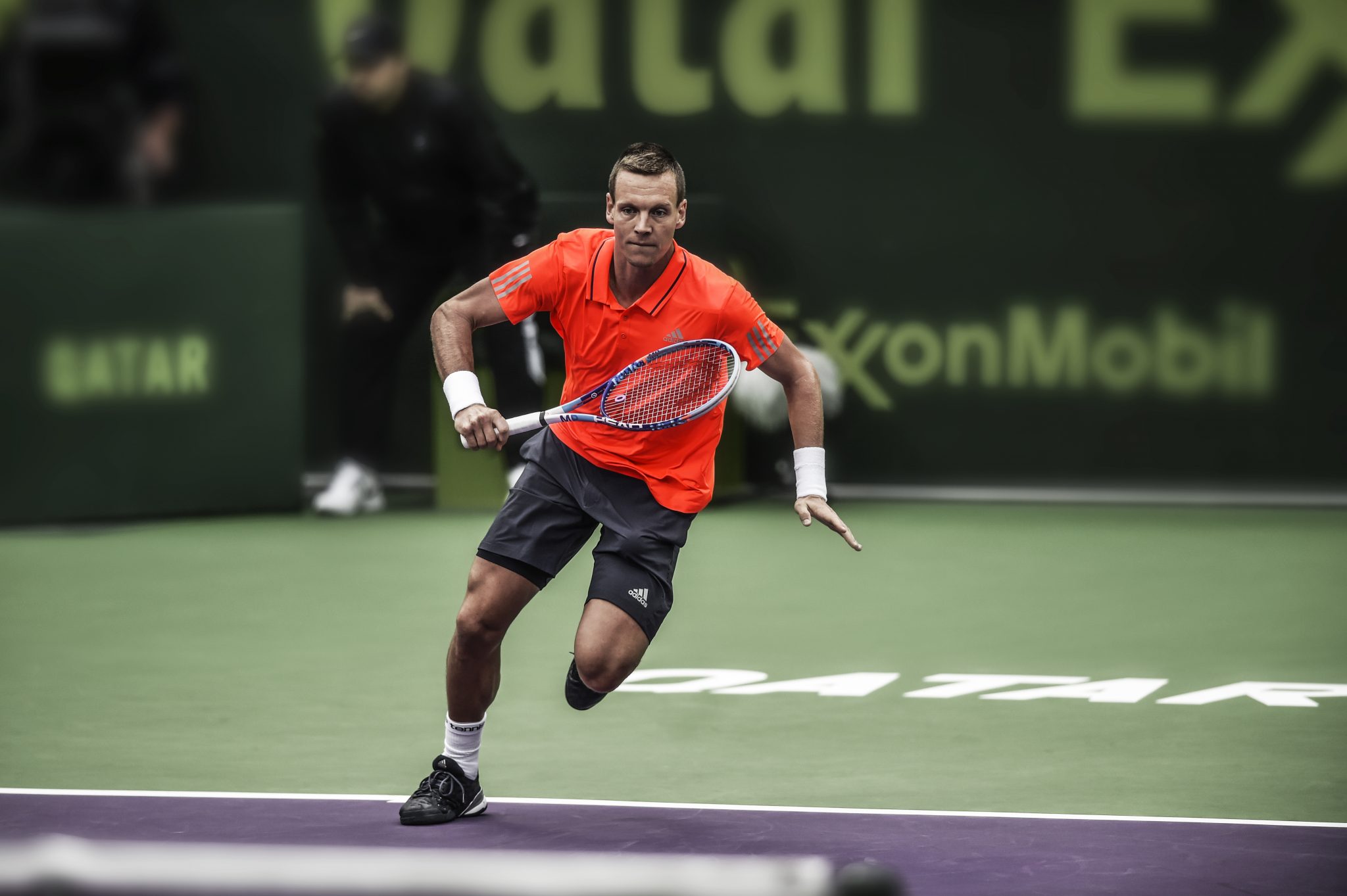 7-01-2016 – Herzogenaurach, Germany – adidas Tennis proudly welcomes Tomáš Berdych to its team of world-class players. The current number six of the world has debuted in full adidas kit at the 2016 Qatar ExxonMobil Open.

The 30-year-old Czech has signed a multi-year head-to-toe deal, sporting the renowned Barricade range on his quest for Grand Slam gold. Berdych has long since been a force to be reckoned with on the ATP World Tour, having earned himself a solid position in the top 10 from 2010 onwards. His recent career highlights include the Davis Cup Trophy, ATP World Tour titles in Rotterdam, Shenzhen, Stockholm and Montpellier, semi-finalist at the US Open, the Australian Open, in Madrid, Miami and Dubai, as well as quarter-final performances at Wimbledon, Roland Garros and the Australian Open.

Berdych on his move to adidas: ”I’ve always been a fan of adidas and admire their dedication to tennis. I’m very excited to now be part of one of the most iconic brands in sports history and look forward to putting in a performance worthy of the three stripes.”

Andrea Swick, Head of Tennis for adidas Global Sports Marketing comments: “We have followed Tomas’ rise to ATP stardom for many years and are very pleased to welcome him to the adidas tennis family. His fluid, powerful game and athletic on-court movement makes him the ideal player to push our Barricade products to new heights.”

Berdych finds himself in the company of other marquee adidas players such as Jo-Wilfried Tsonga, Novak Djokovic (footwear only), Simona Halep, Caroline Wozniacki, Ana Ivanovic and Garbine Muguruza, to name just a few.