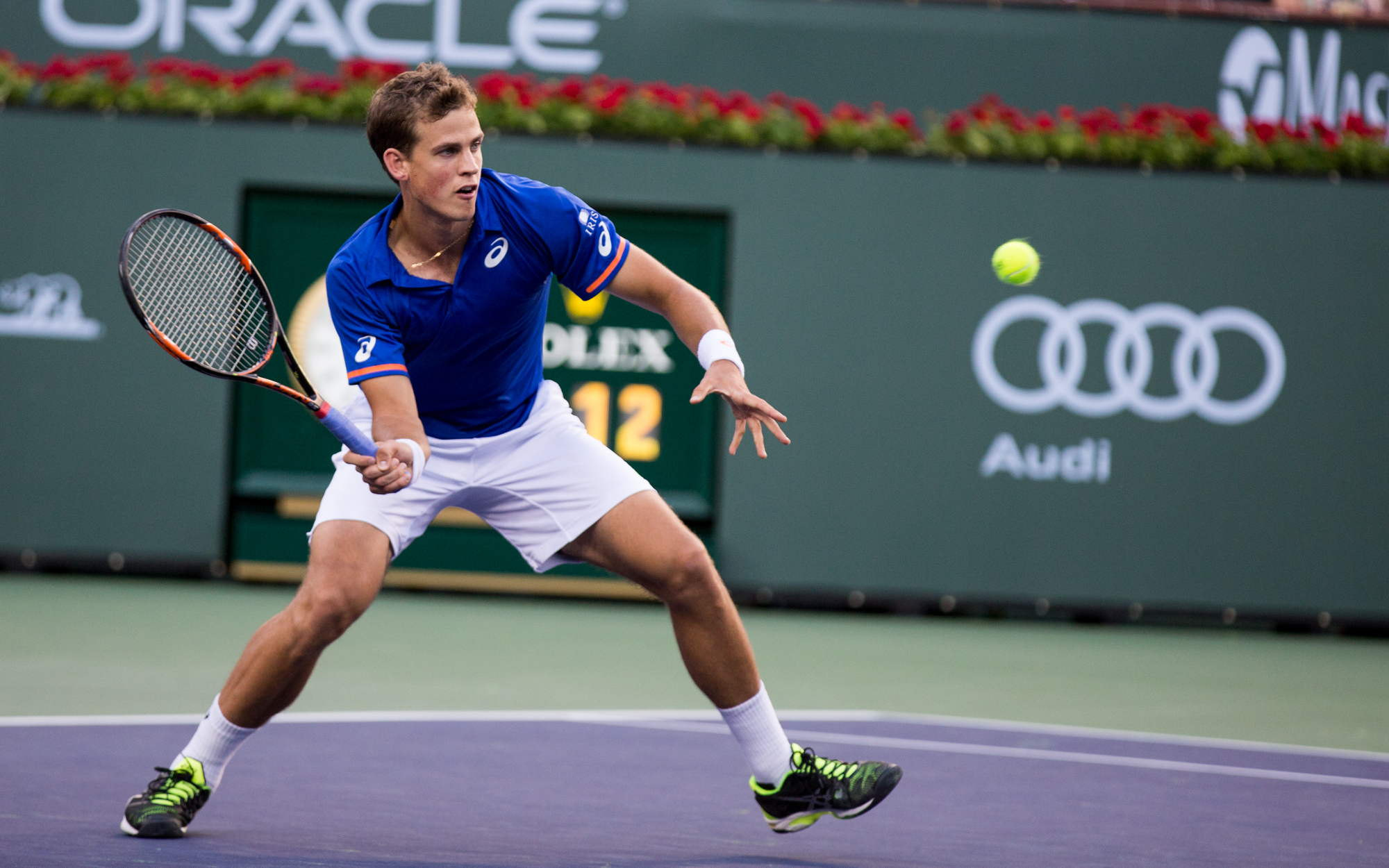 Make them hit another shot, they say, is a key to being successful in tennis.

It’s one of the core tenets of the sport, and a reason why and how Rafael Nadal has enjoyed such an illustrious career—but enough about the Nadal. The Spaniard had already moved on to the third round by the time you arrived at Uniprix Stadium, defeating Sergiy Stakhovsky by the score of 7-6(4) and 6-3.

No, Vasek Pospisil and John Isner were playing when you arrived, and early on both used that core tenet of the sport to their advantage.

During the Canadian’s first service game, and the first game of the match overall, the American twice challenged a Pospisil service winner and made the younger hit a second serve. Twice, the 25-year-old double-faulted, which led to a break of serve for Isner. “Not the kind of start you want to have,” Pospisil called this after the match. “Maybe that carried over the rest of the set.”

Not immediately however, as Pospisil managed to break back shortly afterward by making his opponent, from the same mold as Ivo Karlovic, hit another, another and another shot. While it’s unfair to Isner to paint him as nothing but a giant with a giant serve—he actually is strong from the baseline and wouldn’t be ranked at No. 12 if he weren’t—it is true that he isn’t quite as nimble as others. Unlike Karlovic, Isner can reliably win rallies against the best players but, like him, he would rather have the rallies happen on his opponent’s service games.

From there, both players carried on and moved on to a tiebreak, which Isner promptly won in only nine points. Fittingly, Isner won on a Pospisil double fault.

Having lost the first set only meant that the Canadian would now need to play one more set. And he would need to break Isner’s serve at least once, because one simply does not win a tiebreak against the tall American who wins about 65 per cent of all tiebreaks he has played in his career, and Pospisil managed just that in the opening game of the second after having taken a bathroom break. “I just came out fighting for every point,” Pospisil said, “trying to get deep into his service game.”

And because the Canadian captured the second set, the two would then play another set, a third one, where they would have to hit more and more shots. And in the end, after 2:03 of excellent tennis, Isner was the one left standing when all the points had been played and all the extra shots had been hit, winning 7-6(2), 4-6 and 6-3. “The difference was just a few points here and there,” Pospisil said. “It’s a pity, but that’s how it is.”

For his efforts, the 30-year-old Isner will now get to play yet another match against Nick Kyrgios, who overcame Stanislas Wawrinka in a testy affair in the day’s final match.

Once again, Isner will look to force Kyrgios into making another shot in order to win another game and play another set, and on and on—though on his service games, he’ll hope to keep rallies to a minimum.