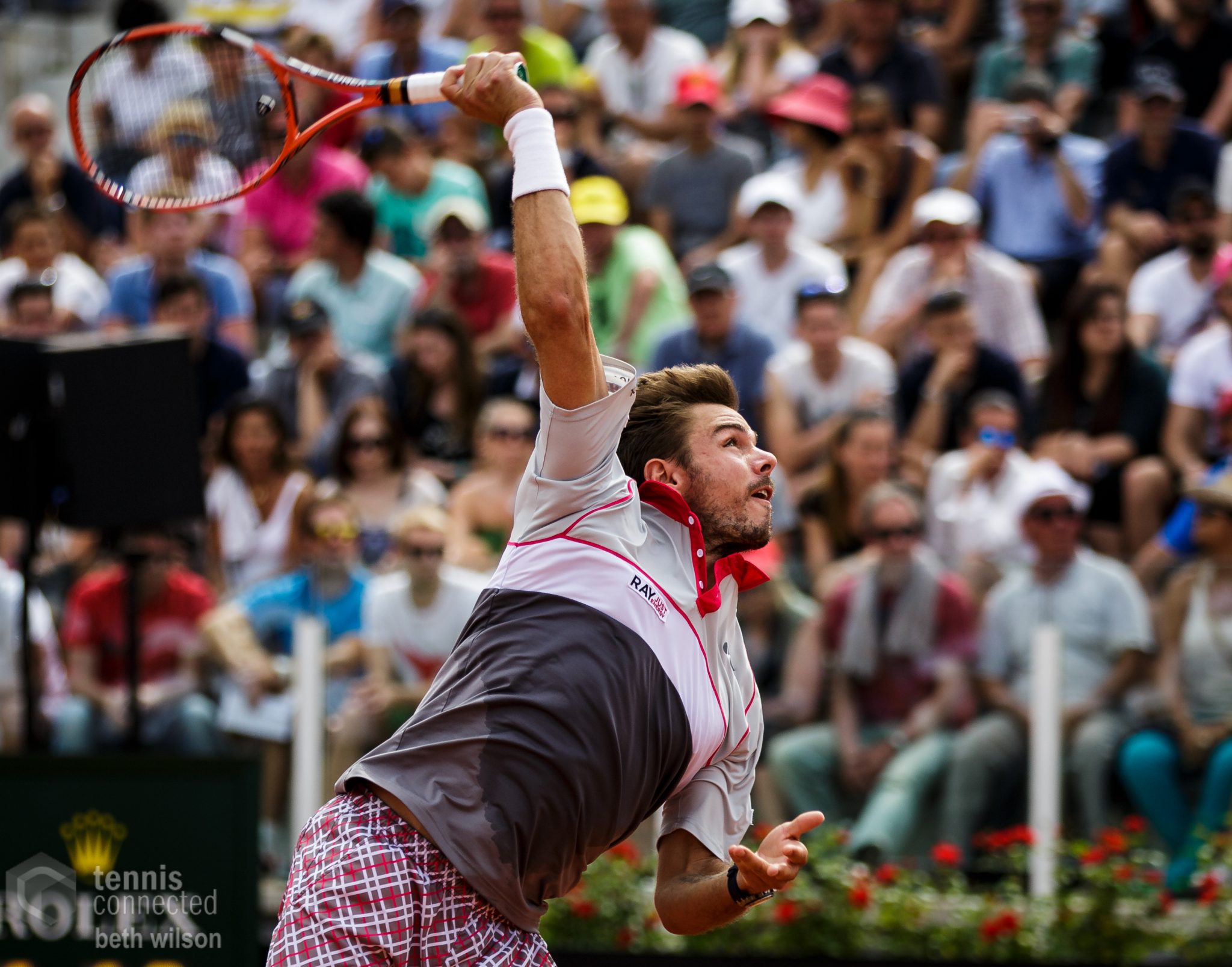 Serena Williams is the 2015 French Open ladies’ singles champion, the American fighting off the flu and a stubborn Lucie Safarova to win the twentieth Grand Slam of her career.

Today, top seed Novak Djokovic takes on Stan Wawrinka in the men’s championship match, after Day 14 saw the Serb finish off Andy Murray in 5 sets in their rain-delayed semi-final.

Resuming at 3-all in the fourth set, Djokovic and Murray both started with love holds before Djokovic threw in another love hold to force Murray to once again serve to stay in the match. The Scot duly did so and then broke the Serb en route to capturing the fourth set, 7-5, much to the delight of the Parisian crowd.

Murray was full of passion, pumping his fist repeatedly, whilst Djokovic seemed a bit sluggish. But the world number one gathered himself at the start of the deciding set, taking advantage of a loose service game from Murray to establish a 2-0 lead and adding a second break later in the set to put the result beyond doubt. Ultimately, it was a 6-3 6-3 5-7 5-7 6-1 victory for Djokovic, who is now just a win away from completing the career Grand Slam.

With the men’s finalists finally decided, it was time for the women’s final. Top seeded Williams jumped out of the blocks against Grand Slam final debutant Safarova, taking a 4-1 lead in just 17 minutes. Williams went on to secure the first set, 6-3, and when the American established a 4-1 lead in the second set it looked as though it was lights out for Safarova. But the plucky Czech fought back bravely, notching 4 games in a row for a 5-4 lead, only to lose serve and allow Williams a chance to serve for the championship.

Williams, usually so assured on serve, threw in an unusually bad service game at 6-5 up in the second set, with a stinging backhand winner from Safarova sending the set to a tiebreak. Full of confidence, Safarova raced out to a 3-0 lead in the breaker and eventually claimed it 7 points to 2.

When Safarova broke at the start of the deciding set for a 2-0 lead, it seemed as if a major upset was on the cards. But just as men’s top seed Djokovic had done earlier on in the day, Williams collected herself and upped her game, reeling off 6 consecutive games to claim a third French Open crown, 6-3 6-7(2) 6-2.

For Williams, it was an incredible triumph after a string of tough 3-setters and a nasty flu. Halfway to a calendar Grand Slam, it would take a brave person to bet against Williams. For Safarova, it was a very admirable performance but no doubt the Czech will be ruing her inability to strengthen her lead early in the final set.

Whilst Novak Djokovic holds a commanding 17-3 career advantage over Stan Wawrinka, in Grand Slam play the pair has been difficult to separate in recent times, playing out a number of 5-setters in Melbourne and New York. Wawrinka’s raw power makes him a danger for any player, including Djokovic, notwithstanding the Serb’s incredible defensive abilities. The key to the match for the Swiss seed is execution. He’s not going to win this match by being passive – he needs to stay on the aggressive throughout the match and hope that he can maintain his best tennis for long enough to take down the world’s best player.

Riding a 28 match winning streak and now being within striking distance of the coveted career Grand Slam, Djokovic will be full of confidence going into this encounter. The Serb showed against Murray that, when the going gets tough, there is no one better at elevating his game. To my mind, it’s as if Djokovic has another gear to go to that no one else has. I think clay suits Djokovic better for this match-up as well. On hard-courts Wawrinka can hit winners from anywhere in the court; on clay the ball travels that little bit slower and hence Djokovic can get to more balls and make Wawrinka play more shots. I think that will translate into fewer winners and more errors for the eighth seed today.

After losing in the first round in Paris last year, when he struggled to cope with the expectations that came with being a newly crowned major winner, Wawrinka has done amazingly well to make it through to another Grand Slam final. Unfortunately for him, I think Djokovic is operating on another level to everyone else right now. Unless everything, and I mean everything, goes to plan for Stan today, I can’t see the Swiss star being able to stop the world number one. Djokovic in 4.