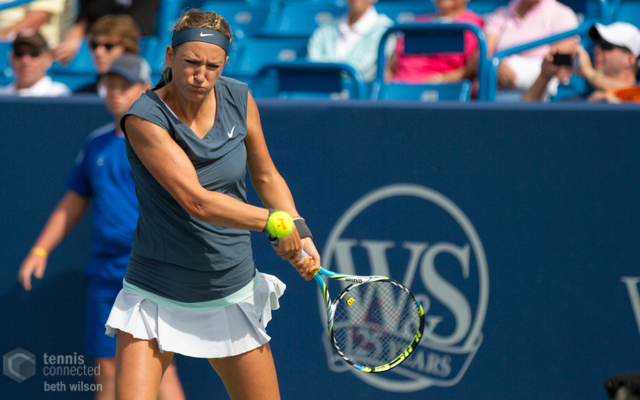 Welcome to Tennis Elbow, the column that looks back on the week that was in the world of tennis. This week, Charles Blouin-Gascon previews the 2015 BNP Paribas Open.

The BNP Paribas Open isn’t a Grand Slam tournament, because no tournament other than the four actual Grand Slams possibly ever could.

But if one tournament ever could, it’s probably this one. Backed by Larry Ellison and his 52 billion $ fortune, the event has grown to become the “world’s largest ATP World Tour and WTA combined professional tennis tournament.”

That’s just a fancy way of explaining that 1) just about every player from the men’s and the women’s sides competes in the event every year, 2) the tournament hands out over 10 million $ in prize money and 3) more people attend the event than the typical tennis tournament.

That’s where we are for the next two weeks, folks, so buckle up. Once more this year, I’ll have a few tournament previews in lieu of discussing a recent event in the Tennis Elbow column.

Last year crowned the tournament’s oldest winner, Flavia Pennetta, in almost 20 years. I maybe do not envision the same happening, but I do foresee a few surprises.

The Cinderella version of this BNP Paribas Open would crown Serena Williams as the champion in her first visit to Indian Wells since her 2001 win was marred by racism. Long story short, I’ll say that this is what I hope happens.

Simona Halep, the Sportswoman of the Month for February, already has two titles in 2015; should she keep this up, she would finish with an even 12 for the year and probably be named the best player on the WTA Tour. This isn’t likely, but the Romanian does have a fairly favourable draw until the quarterfinals. I hesitated between Agnieszka Radwanska and Carla Suarez Navarro and, because I explained that I would rely on a few surprises, I’ll choose the latter.

I am a French Canadian from Montreal and thus, Eugenie Bouchard is my favourite player on the tour. The 21-year-old has had an eventful past few months and must now somehow focus and regroup to continue growing as a player after the dream season in 2014. A quarterfinal loss against Caroline Wozniacki would be good for her resolve.

The fourth quarter of the main draw is probably the best and the one that likely will be the most hotly contested. We have three former World No. 1 players in Ana Ivanovic, Victoria Azarenka and Maria Sharapova, a former World No. 2 in Vera Zvonareva, two former World No. 4’s in Sam Stosur and Francesca Schiavone, a World No. 5 in Sara Errani, as well as Flavia Pennetta and Roberta Vinci. Of course, not all of those players are playing at a good level or in the same stage of their respective careers, but the draw is still loaded. Of course, that probably means that someone like Azarenka will roll over everyone. 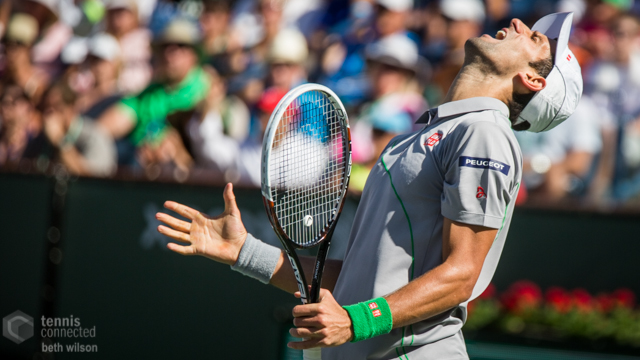 I’m delighted to see that Novak Djokovic is now fairly clearly the alpha male on the ATP World Tour—I can follow my hearts when I’m making these predictions.

I’ll go ahead and pencil in the Serb’s name in the quarterfinals, and beyond, of this year’s tournament. Also emerging from this quarter is Marin Cilic, if only because I would like to pretend like last season’s US Open wasn’t just some sort of fluke and that the Croatian is still intent on playing good tennis.

According to Andre Agassi, the best years of Andy Murray’s career are yet to come… but I don’t believe we’ll see his best in Indian Wells. After all, the Scot has only one final appearance at the BNP Paribas Open, in 2009. Instead, I foresee a nice three-set battle between Kei Nishikori and Feliciano Lopez.

For what it’s worth, and admittedly it’s not so much, Rafael Nadal answered a difficult quarterfinal loss against Tomas Berdych at the Australian Open in January by cleaning house in Rio de Janeiro and Buenos Aires. In the quarterfinals in Indian Wells, I think the Spaniard will toy a little bit with the emotions of Canadian Milos Raonic, who’s good but still not quite good enough.

The final section of the main draw is home to a bunch of heavy servers in Lukas Rosol, Ivo Karlovic, Sam Querrey and Jerzy Janowicz, but none of them should bother the two Swiss too much. Keep an eye on Berdych, though remember that he is capable of any- and everything. Beyond him, Stanislas Wawrinka and Roger Federer have a fairly favourable path to the quarterfinals.