The game of tennis is a way to develop motor skills, coordinate physical skills, and put into practice the values of diligence and constant work. 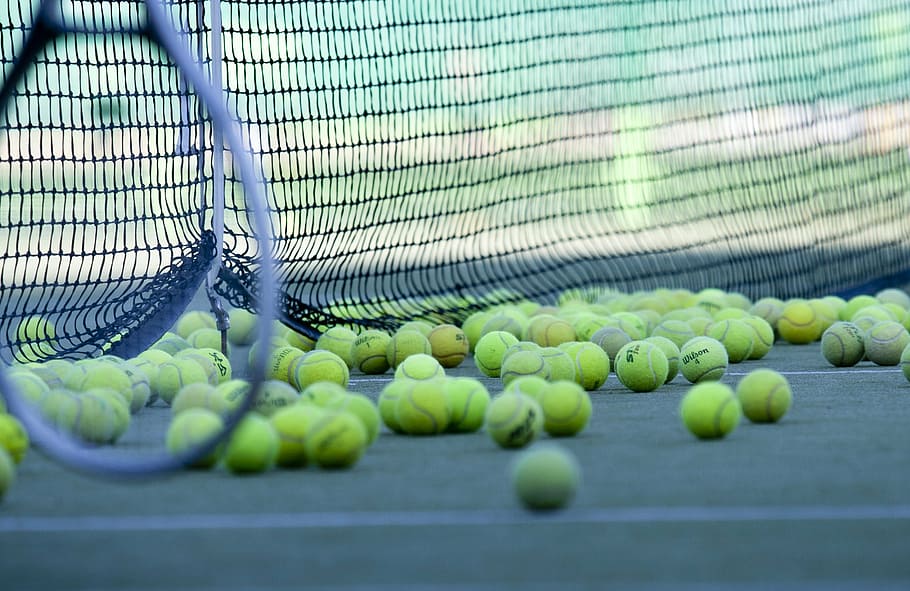 Like any physical activity, tennis for children has many advantages, and it is a sport that is highly recommended for both professional and amateur players. So if you are interested in introducing your child to this discipline, we will tell you everything you need to know.

To begin with, tennis is a sport that is practiced using rackets; this game can be played between two opponents or between two pairs, so it can be called singles or doubles. In addition, the game is played on a rectangular court, which can have different surfaces, some of which are made of clay as well as earth, grass, or cement.

This sport is very well known all over the world and professionally can teach a lot. The various tournaments and famous athletes in this field are the passion of many fans, which contributes to the fact that there are children who are more attracted to this sport than any other. To avoid problems with your child’s school performance due to a lot of practice, you can pay for essays online.

The first thing to know when starting tennis for children is whether or not the child is really motivated to play the sport, because if we make it mandatory, we can’t achieve many benefits in any aspect, although he or she may end up liking it.

Children’s tennis does not have any set rule defining the age at which it should be started, but experts recommend that it can be started from the age of 5 if desired.

Thus, in introducing children to tennis, it is possible to distinguish several disciplines that serve to make the child learn to develop the coordination of basic movements, as well as the necessary agility and strength.

Thus, in children’s tennis, there is “pre-tennis”, when a child plays games that help him learn what he has to do in the sport itself, such as hitting the ball with a racket. On the other hand, there is “mini-tennis”, which, as the name implies, is a tennis class, but on a smaller scale. This tennis training for children is clearly aimed at adapting the size of real tennis to the size of children.

These initiation methods use small equipment (racquets and balls), play is played on a smaller court with a lower net, and exercises such as obstacle courses, jumps, and skill-building exercises are performed to improve the quality of the child’s abilities.

Through these methods of kids’ tennis, children will be able to adapt to the demands of the sport as they get older.

Benefits of tennis for children

All physical activities bring certain benefits to those who engage in them, regardless of age. However, when it comes to children, we can achieve greater or more favorable effects, as it is a stage of development of the human body. 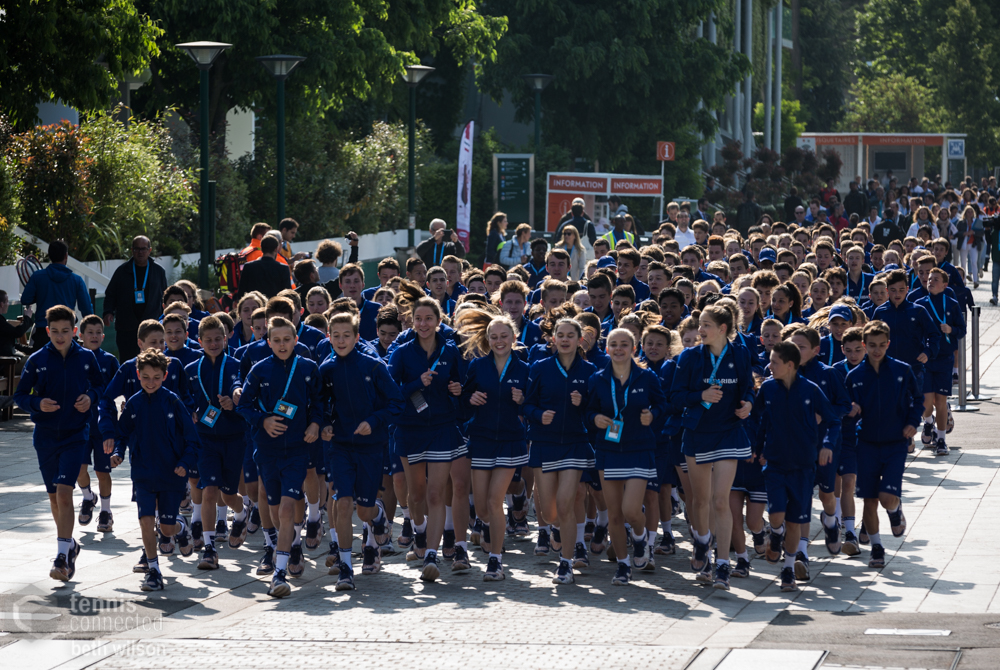 In this case, tennis for children has a very positive effect on the development of the child, both physically and mentally:

Tennis training for children and teenagers

Tennis for kids is not just about getting out on the court to play the sport itself, but like any other sport, it requires special training based on exercises designed to develop the specific skills a child needs to play the sport.

This exercise is designed for young children because they have not yet developed psychomotor skills. That’s why this exercise is recommended for children who are just starting in children’s tennis. This exercise helps children improve their coordination and therefore handle the racket better.

The exercise consists of placing children in a row in front of the net and having the coach on the opposite side raise his hand and ask for a high five. In this way, children will better develop hand movement and then use the racket. The goal of the exercise is for the children to be able to perform the same movement, but return the ball with the racket.

This is another exercise that is done in tennis practice for children at the elementary level. In this exercise, children are placed in a circle with the coach going to the center of the circle and throwing a ball at each child. In this throwing exercise, the child must wait for the ball to bounce and then hit it back as if he/she were using a racket.

Initially, the child can do the exercise without any tool, but once the target is caught, a racket can be used.

These tennis drills for children are more focused on resting and moving around the court area. In this exercise, children must walk along the lines of the children’s tennis court while one of them plays the role of the pac-man, who tries to catch one of his teammates.

When one of the children is caught by the pac-man, he becomes one of them and the other is “set free”.

In children’s tennis, this exercise is done to improve a child’s speed and reflexes. Children should line up in a row, which should be located in one of the “double aisles. The coach will continually throw balls and the child must dodge them without leaving the aisle. In this exercise, if the ball touches any of the children, he/she is out of the game. Thus, the last child who manages to stay in the hallway is the winner.

The location of this exercise may be changed to allow a child to become familiar with the size of another court area, such as the service area.

In this tennis drill for children, the goal is to practice speed and knowledge of the tennis court.

The coach places the children at the back of the court and calls out the name of one of the lines on the court. Then the children, upon hearing the names, must run to that line as fast as they can. The last child to reach the line will be eliminated, and the one at the end will be the winner.

We hope you enjoyed our article and that you will teach your child the love of tennis from an early age.