The year’s second Major is ready to take flight on May 22nd in one of the sport’s most prolific cites. Known for its ambiance and exuberant fanbase, this season’s French Open will be another unforgettable event for the NikeCourt Team.

Set to unveil a whole new colour pallet, the theme of double swooshes for 2022 will be prevalent throughout both the women’s and men’s collection.

Featured in shades of atomic green, bright spruce, yellow, beige, and obsidian palettes, this year’s collection will provide a great contrast with the red clay of the Parisian courts. The likes of Rafael Nadal, Paula Badosa, Carlos Alcaraz and Emma Raducanu will certainly be the talk of the Paris fortnight.

With the ever-attractive terre battue set in the background, let’s now have a look at the latest women’s and men’s looks from NikeCourt this year. The reigning Australian Open champion returns to his favourite stomping grounds. Looking to capture his 14th Grand Slam title at the event, Nadal will be featured once again his personal collection. Highlighted in the Dri-FIT ADV Rafa Top, and the Dri-FIT ADV Rafa Shorts, Nadal will complete his look with the Zoom cage 4 Rafa in bright spruce, black, white and atomic green. 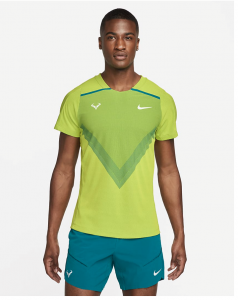 Looking to cause chaos with their always eye-catching ensembles, the Nike Team lineup will don different combinations of the Paris Slam Crew and Paris Slam Polo in coconut milk, ocean cube, obsidian, black, mineral slate, mint foam, and light zitron, which will be paired with the Paris Slam Short in the above mentioned colours. This 2-in-1 short features great ventilation and a standard fit. 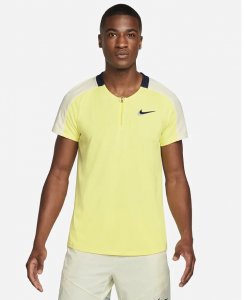 Bulgarian favourite Grigor Dimitrov, who continues to be one of the most stylish players on Tour, is slated to wear the Paris Slam Crew and the Paris Slam Short. Footwear options for the Nike players in Paris will be seen in new versions of the Nike Vapor Pro (review here), the Nike React Vapor NXT, the all-new Nike Zoom NXT and Nike Air Zoom Vapor Cage 4.

The Women of NikeCourt

The NikeCourt women’s collection in Paris will be equally as impressive as their male counterparts. 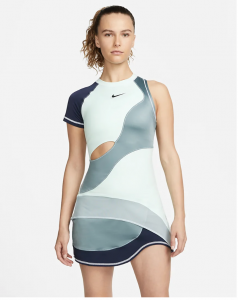 With many storylines developing on the women’s tour this year, the impressive lineup of Nike athletes continues to light up each and every event.

Four-time Major winner Osaka will be featured in her own custom look throughout the championships.

Enjoy all the action from this year’s French Open!