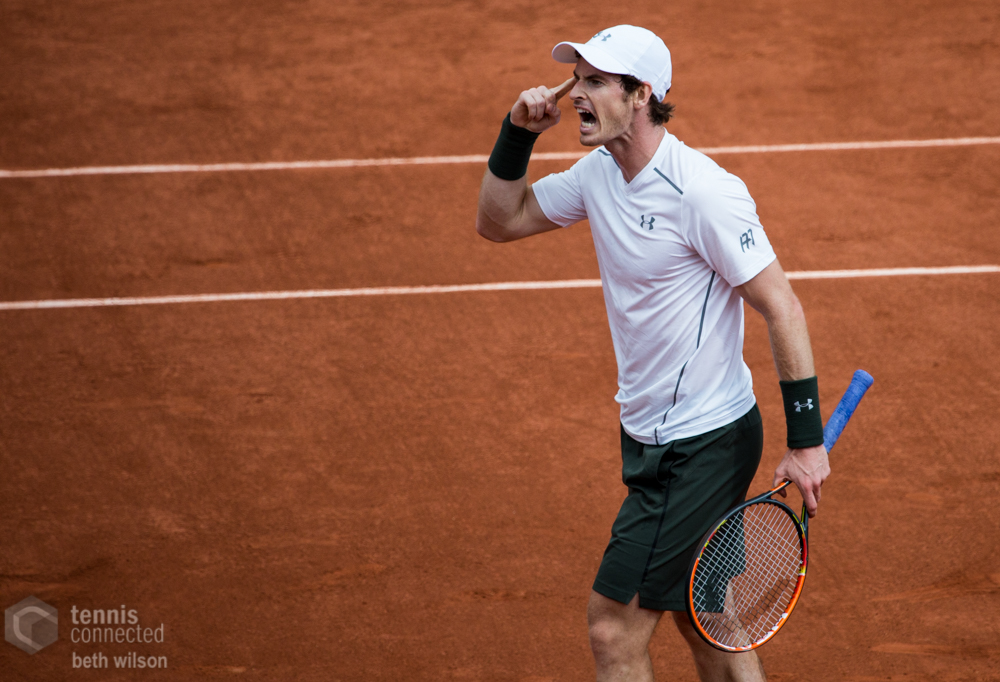 Welcome to Tennis Elbow, the column that looks back on the week that was in the world of tennis. This week, Charles Blouin-Gascon previews the 2016 Barclays ATP World Tour Finals.

Whatever you say, don’t say that.

When you look back on this 2016 ATP season, whatever you say don’t you dare mention that it was too long. Because Andy Murray and Novak Djokovic needed until the very last match on the calendar to settle their struggle for the coveted year-end No. 1 ranking.

When Andy Murray beat Milos Raonic in quite the thriller in the first semifinal of the Barclays ATP World Tour Finals, he set the stage for Novak Djokovic: either match this win and let’s battle it out for the year-end No. 1 ranking in the final, or pack up and go home and I win. (Although: not in these exact terms, because the two are, like, super friendly and have known each other forever.) How did the Serb counter? A pretty routine win over Kei Nishikori to the tune of a 6-1, 6-1 dismantling.

The way this season had unfolded, the margin between the two friends and competitors was always going to be the slimmest we’ve seen. How slim?

The No. 1 race between Murray and Djokovic and the possible point totals based on finish in London. Via @SharkoTennis pic.twitter.com/Pr65anGK7H

Well now Murray finishes the year as the world best player and the No. 1, and he’s done enough to secure the official title of Player of the Year. There are some who will say that it’s silly that the 29-year-old had to wait this long for this to be official.

Good point just made by the ESPN guys, which is that if 2016 Rio had same points structure as 2012 London, Andy would’ve already clinched #1

Well sure, but one could say the opposite too if tennis compiled points under the Elo system, which would have put Djokovic ahead of Murray despite his surge over the second half of the season.

Have you heard of the Elo rankings? The Economist does a fairly great job of explaining the classification system and how it differs from the current way the ATP awards points but here’s the gist: basically, you win more points not so much because you won a semifinal match, but because you beat, say, Stanislas Wawrinka over Benoit Paire in said semifinal match.

Under Elo, the players you play and beat matter more than the round you win. And under Elo, Murray’s surge looks relatively weaker than what it was because he’s only beat a handful of top players. Of course, that probably undervalues his run a little bit—even more so now that we know that Murray has emerged victorious at the Tour Finals. You can only beat whomever stands across the net from you, and you shouldn’t necessarily be penalized if a draw breaks in your favour.

But Elo aptly gives context to the supposed «slump» that Djokovic has been on since winning the 2016 Roland Garros title. Since May, the Serb has suffered six losses, of which two are somewhat inexplicable: against Roberto Bautista Agut in Shanghai, and against Sam Querrey at Wimbledon. As we’ve said all along, Djokovic is fiiiiiine and will be fine.

He’s been topped by Murray, who’s been on a tear for the ages over the second half of the season, with 7 titles. He finishes 2016 as the best player on the planet with an ATP-high 9 titles and 78 wins, including a 16-5 record against Top 10 opponents. (And, for what it’s worth, a 2-3 record against Djokovic.)

Go on and take a bow, Murray. The world is yours.