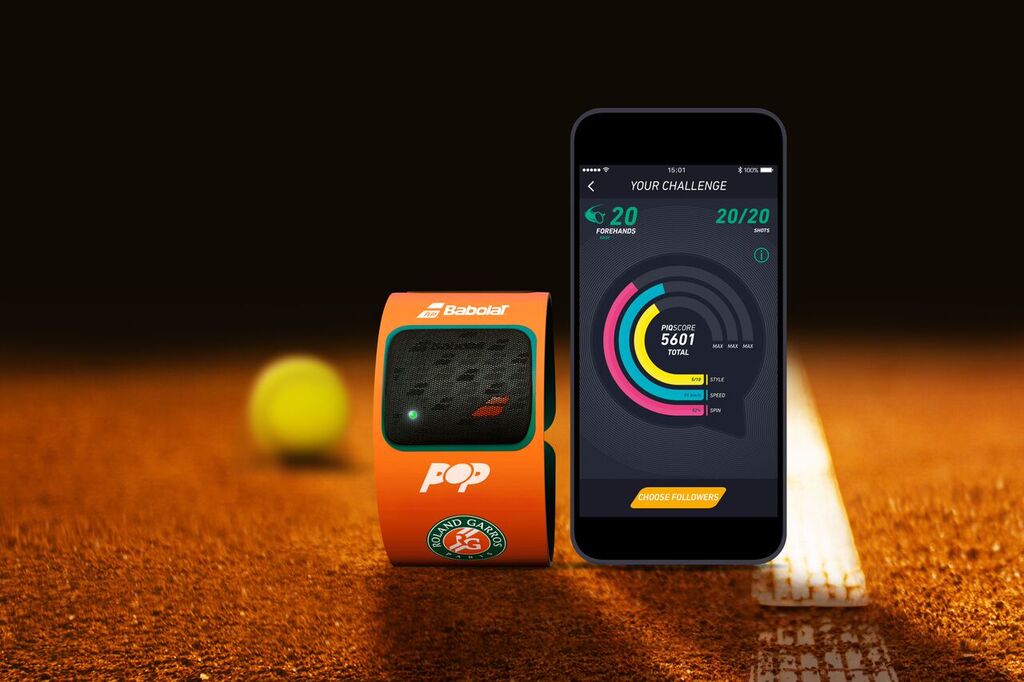 Since the origins of the game, Babolat and Roland-Garros have shared a common passion for innovation and competition. Official partners since 2011, these two legendary tennis brands collaborate on innovating to enhance the tennis experience for players and fans alike through world-class services, products and expertise.

Babolat invites players to add a fun dimension to their game with a 100% tennis connected wristband in the colors of Roand-Garros. Players can analyze their game, challenge friends and be part of the Babolat connected tennis community. Offer includes a stretchy, comfortable neoprene Babolat POP wristband, sensor and charger. Can be used with all tennis rackets.

A Babolat exclusive, the official ball of the French Open offers players a premium high performance product combining vivacity and durability with a touch of comfort.

The new generation of the Aero racket, the Babolat Pure Aero has the same DNA as the nine-time French Open winner: Babolat Aeropro Drive. The Pure Aero responds perfectly to players who seek power and optimal spin.

Official Supplier of the French Open, Babolat operates stringing and racket services for players, provides the tournament ball and designs official Roland-Garros tennis rackets, strings, bags and accessories. This year marks the first time the balls used during the tournament will be co-branded with Roland-Garros and Babolat logos.

• In 3 weeks of matches, more than 70,000 Babolat balls will be used on the French Open courts
• 19 stringers from 11 countries will be working on 17 Babolab machines

Former World No.4 Kei Nishikori to compete in the National Bank Challenger Tournaments in Calgary and Drummondville