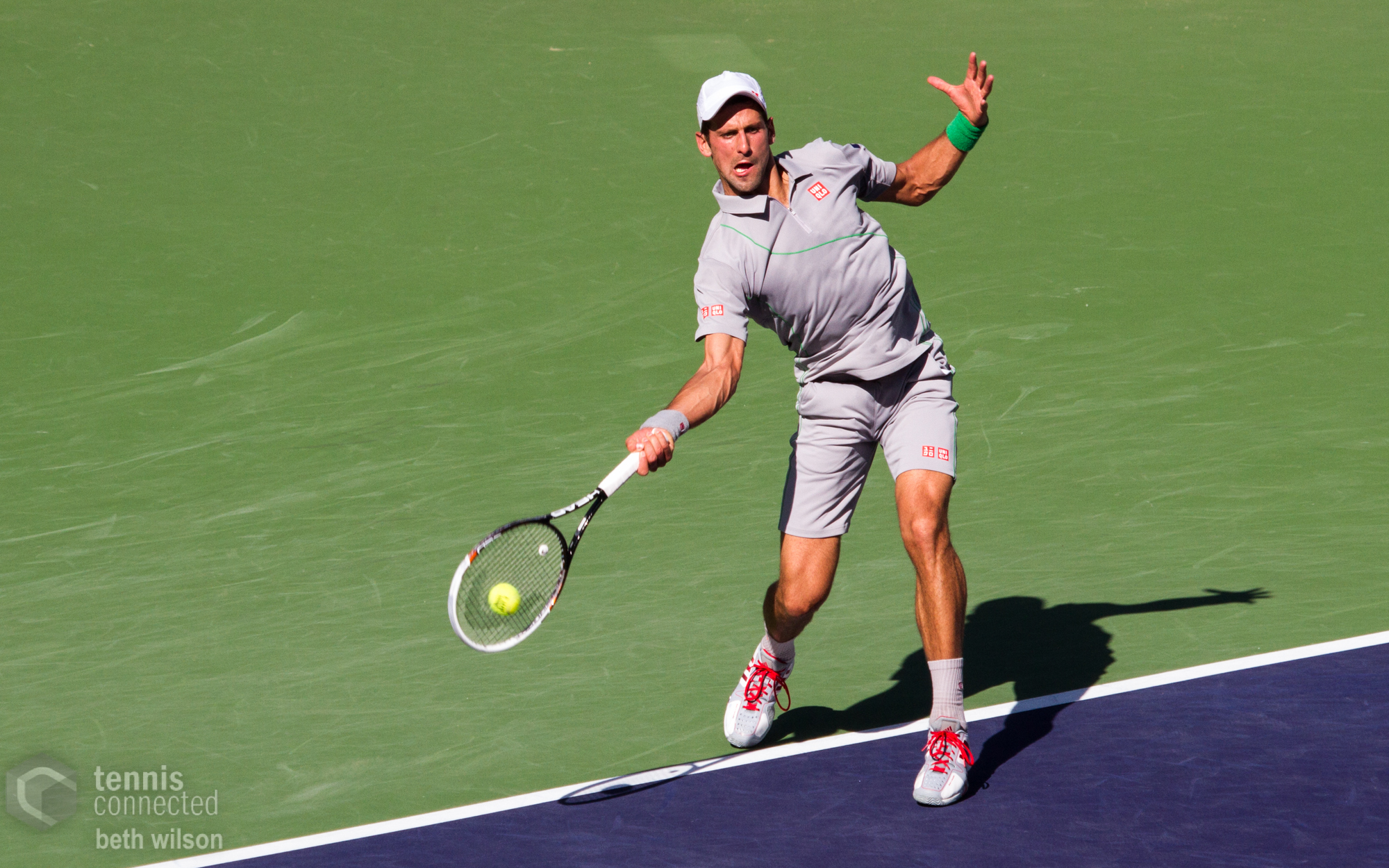 World number one Novak Djokovic claimed his sixth Australian Open on Day 14, the top seed defeating Andy Murray in straight sets to collect the eleventh Grand Slam of his career.

Murray knew that he needed to get off to a good start to have any chance of upsetting the world number one, and when the Scot earned a break point in the first game of the match it seemed as though he was hitting the ground running. Djokovic, however, had other ideas, allowing Murray just 3 points across the following 4 games as the Serb opened up a 5-0 lead. From there, Murray was always on the back foot and he was never really able to get back into the match.

Murray avoided the dreaded bagel in the opening set but only just, the top seed claiming the set, 6-1. The second set saw the players exchange breaks of serve before the set moved towards its climax. Murray looked to be cruising on serve in the eleventh game, up 40-0, before Djokovic reeled off 5 consecutive points to record the critical break. The five-time champion then saved a break point to claim the second set, 7-5, after 80 minutes of play.

A deflated Murray slumped to a 2-0 deficit in the third set before pulling himself together and getting back to 3-all. The third set progressed to a tiebreaker, with the crowd cheering Murray on as he pushed to take the tournament to a fourth set. It was not to be, however, with a couple of double faults proving extremely costly. After 2 hours and 52 minutes, the world number one sealed the win with an ace, ultimately recording a 6-1 7-5 7-6(3) victory.

For Djokovic, it was a record-equalling win, as the Serb tied Roy Emerson with 6 Australian Open crowns, and moved up alongside Rod Laver and Bjorn Borg as a holder of 11 Grand Slams. He’s unquestionably the best player in the world right now, and at present it takes a near-flawless performance to beat him.

For Murray, it was another heartbreaking loss, the Scot’s seventh defeat in 9 Grand Slam finals. Sixty-five unforced errors indicate that the second seed was probably too aggressive in trying to dictate play against the Serb, and his weakness on serve was exposed in the third set tiebreaker as well. That said, Murray is not that far from Djokovic’s level and will be a major contender for Grand Slam titles for many years to come. And with a baby on the way, Murray will very soon have plenty of other things on his mind, which may ultimately prove to be a plus for his tennis.

That’s it for today and for my coverage of this year’s Australian Open. I hope you have enjoyed the coverage. I’ll be back with more coverage of the ATP and WTA tours later in the year. In the meantime, you can follow all of the action on Twitter: @satelliteserve.