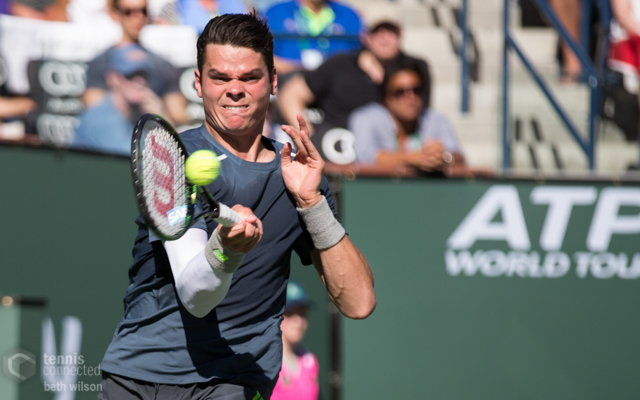 Novak Djokovic underlined his status as the world’s best player in the night session on Day 11, the world number one producing some sublime tennis to defeat Roger Federer and progress to yet another Australian Open final.

Federer and Djokovic had split 44 previous matches, but in the first couple of sets of their semi-final the gulf between the players was significant. Djokovic played near-flawless tennis, producing just 6 unforced errors and dropping just 3 games as he claimed a 2 sets to love lead after just 54 minutes.

Federer’s pride was clearly wounded, and the Swiss star lifted his game in the third set, much to the delight of the capacity crowd on Rod Laver Arena. The third seed collected the third set, 6-3, and had the spectators on their feet after a brilliant running backhand in the eighth game of the fourth set. But Djokovic managed to earn the break in that eighth game and then held serve to love to wrap up the win in 2 hours and 19 minutes.

Earlier in the day, top seed Serena Williams moved through to her seventh Australian Open final with a dominant display against Agnieszka Radwanksa. The American blanketed her Polish opponent in the opening set, smacking 18 winners and not conceding a game.

Williams went up a break in the second set before Radwanska found her groove, finally earning a break to level the set at 3 games apiece. But the fourth seed’s charge was short-lived, Williams hitting winner number 42 for the match to record a 6-0 6-4 win in 64 minutes.

Williams will play Grand Slam final debutant Angelique Kerber in Saturday’s championship decider, after the German defeated Johanna Konta in straight sets in their semi-final. Konta, playing in her first major semi-final, was evidently nervous in the opening stages of the match, quickly falling behind 0-3 before rallying to level at 3-all.

Kerber managed to get herself out of trouble on serve a couple of times in the latter stages of the opening set before pouncing in the twelfth game, breaking Konta to take the set, 7-5. From there, the German’s charge gained momentum, as Konta’s unforced error count continued to mount. In the end, Kerber emerged victorious 7-5 6-2 after one hour and 22 minutes.

It’s been a testing couple of weeks for Andy Murray. The Scot entered the tournament knowing that wife Kim Sears was heavily pregnant and could give birth at any time, and then Kim’s father Nigel Sears collapsed when watching his charge Ana Ivanovic compete against Madison Keys.

Despite all of the drama, Murray has managed to stay on track in the tournament and is now just one win away from his fifth final at Melbourne Park. The second seed loves the conditions in Australia and if it weren’t for the dominance of Djokovic at the Australian Open, it would probably go down as the Scot’s most successful major.

Murray faces a stern test today against a player who is almost certainly in the best form of his life. Raonic has swept all before him in 2016 to date, defeating Federer to win the title in Brisbane and now making his second Grand Slam semi-final. Raonic says he has learned from his 2014 Wimbledon semi-final appearance, where he lost to Roger Federer in straight sets, and seems determined to make more of this opportunity.

This pair has split the 6 matches they have played to date, although Murray has won the last couple of encounters. Much is made of Raonic’s big serve, but I think it has been the improvements in his backhand and return of serve, plus just getting back to full health, which have propelled the Canadian’s resurgence in the last few months. I’ll take Murray to get the win, based on his experience and the conditions at Melbourne Park, but I expect this one to be tight. Murray in 5.