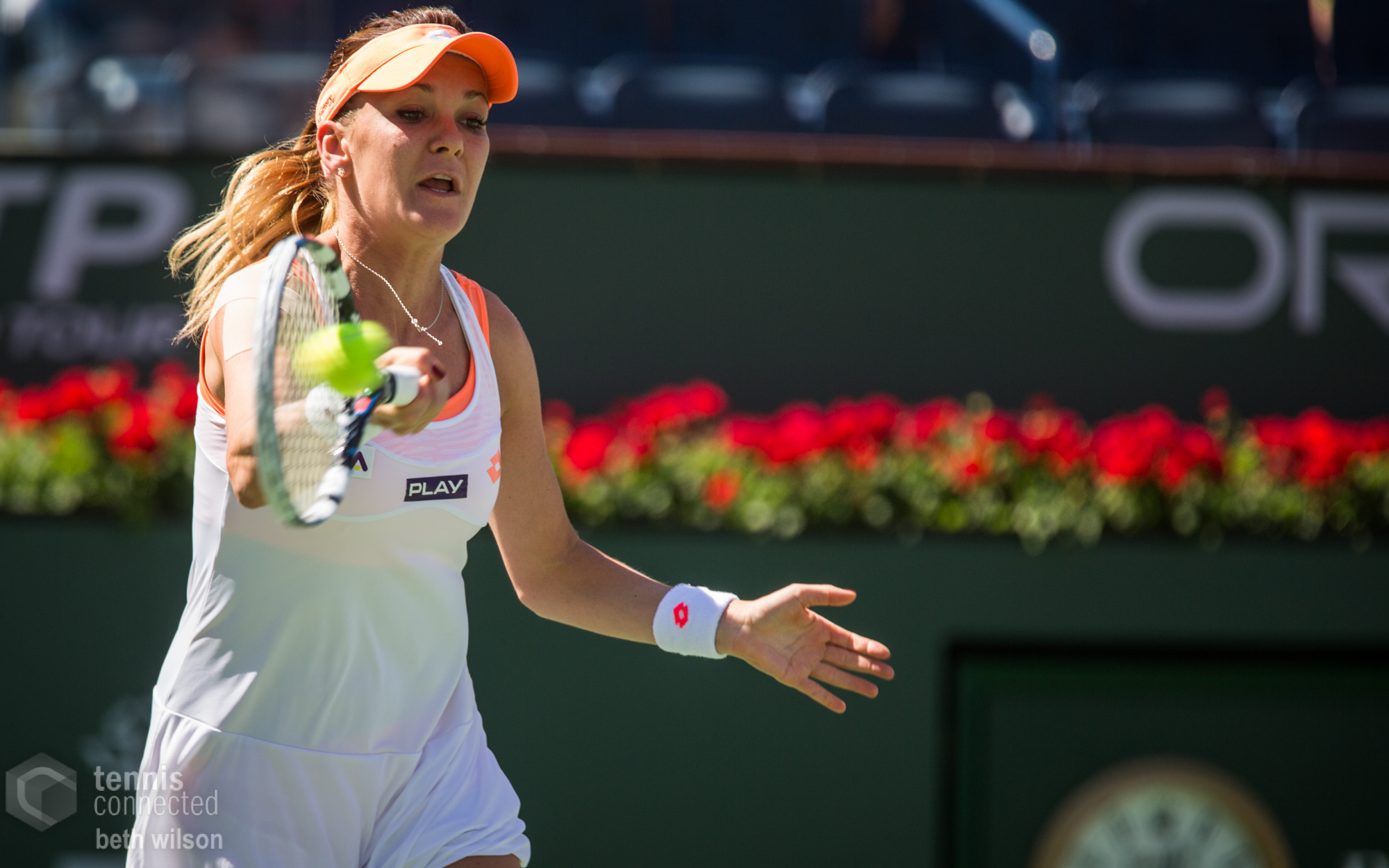 It’s women’s semi-finals day at Melbourne Park on Day 11, with a mixture of familiar faces and surprise names making up the final four in the women’s tournament.  Then, in the night session, superstars Federer and Djokovic play off in the first of the men’s semi-finals.

Former world number one and two-time Australian Open champion Victoria Azarenka had been in red-hot form at Melbourne Park going into her quarter-final against Angelique Kerber, but that form counted for little when they pair played on Day 10. The German turned the tables on Azarenka with a 6-3 7-5 win, the seventh seed coming back from 2-5 down in the second set to collect the win and reach the third Grand Slam semi-final of her career.

Kerber will play unseeded Brit Johanna Konta for a place in Saturday night’s final, after the 24 year old put an end to the fairytale run of China’s Shuai Zhang. After winning three matches in qualifying and another four in the main draw, Zhang finally ran out of steam, claiming just five games for the match as Konta collected a 6-4 6-1 victory.

In the men’s tournament, Andy Murray reached the eighteenth Grand Slam semi-final of his career by defeating Spaniard David Ferrer in 4 sets. After splitting the first two sets, Murray was up a break in the third set when the roof on Rod Laver Arena was closed due to a storm approaching. The move seemed to help Murray, who quickly extended his third set advantage before closing out the match in the fourth set in three hours and 20 minutes.

Murray will face Canada’s Milos Raonic for a place in the men’s final, after the thirteenth seed defeating Gael Monfils in 4 sets to advance to his first Australian Open semi-final. The flamboyant Frenchman had struck back after dropping the first set, Monfils claiming the second set to level the match at a set apiece. Raonic, however, claimed an early break in the third set to regain the advantage and rode his big serve all the way to victory in the fourth set, eventually wrapping up the win in two hours and 17 minutes.

With major rival Azarenka having been knocked out of the tournament and Williams having worked her way into form, I think the American is now an overwhelming favourite to lift the trophy at Melbourne Park yet again.

Radwanska has done a tremendous turnaround job since midway through 2015, and if Williams is having an off day or is feeling sluggish, the Pole definitely has the ability to move the top seed around the court and get her off balance. That said, I think Williams will be all over the Radwanska second serve and will be simply too powerful for the Pole in this one. Williams in 2.

A year ago Konta lost in the opening round of the qualifying tournament at Melbourne Park; 12 months later she is the first British female since 1977 to make the semi-finals. Konta doesn’t seem to be intimidated by anyone on the WTA Tour but equally was able to handle the pressure of being the favourite in her quarter-final against Zhang.

Kerber turned in a terrific performance against Azarenka, the German sticking to an aggressive game plan throughout the match and ultimately beating the Belarusian at her own game. I think Kerber deserves to make a major final and this looks to be her golden opportunity, although Konta will no doubt make the German earn it. Kerber in 3.

After a decade or so of competing against each other on the ATP Tour, these two legends of the sport enter career meeting number 45 each having collected 22 wins. If Djokovic is able to beat Federer, he will hold a winning record against each other member of the so-called “Big Four” – a most impressive achievement and a statistic which, if it holds for the remainder of his career, may support his claims to be the greatest of all time in due course.

After so many previous meetings, these players know each other’s game inside out and the outcome tonight will depend on who executes best on the day. Federer has been getting close to Djokovic in recent Grand Slams, but the Serb always seems to lift his game just enough to seal the win. A superb serving effort is critical for Federer, but unless he exhibits his very best form then I like the world number one in this clash. Whatever the result, it is sure to make for compelling viewing. Djokovic in 4.