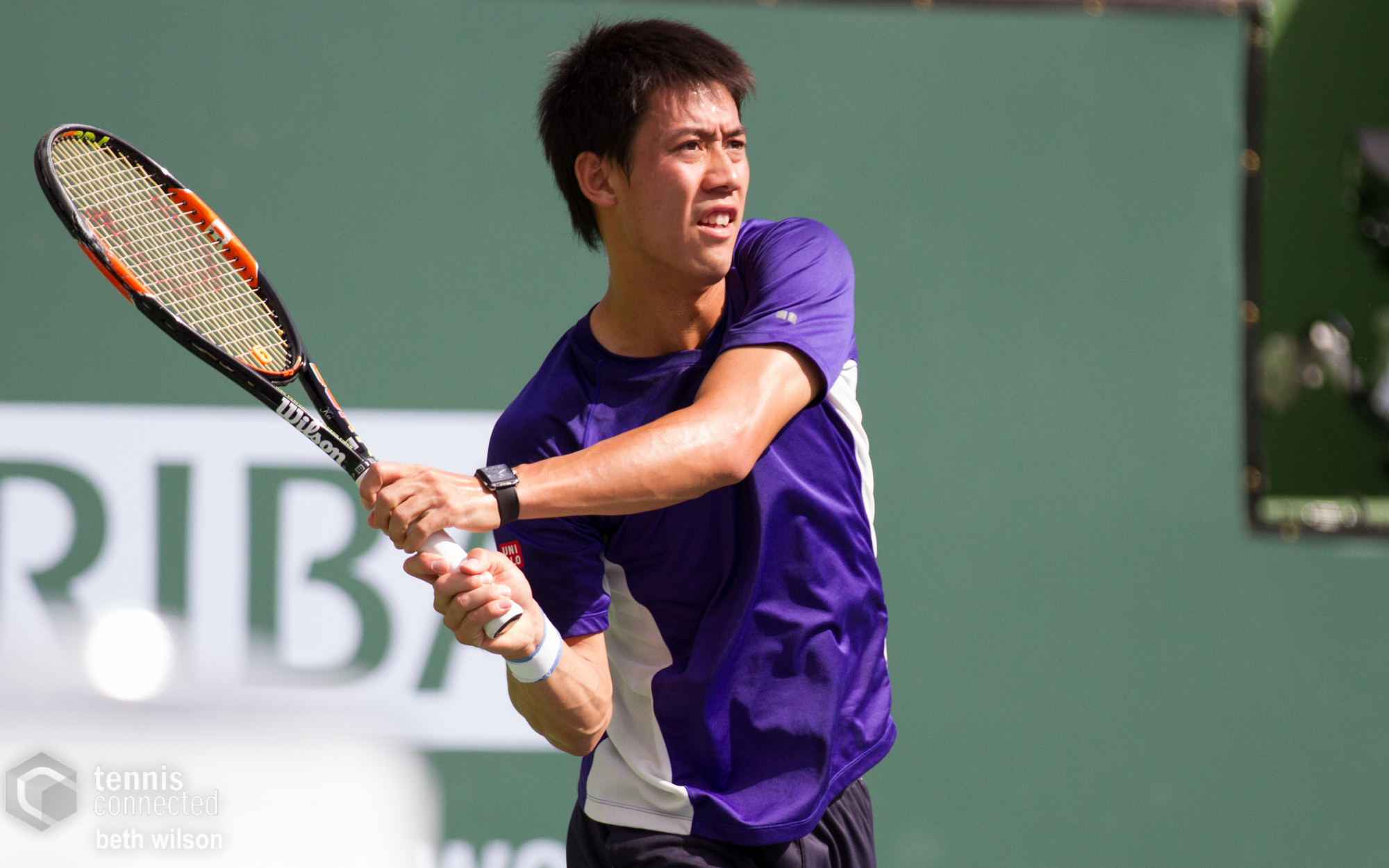 Canadian Milos Raonic was the toast of the town in Melbourne on Day 8, outlasting former champion Stan Wawrinka in 5 sets to book a spot in the quarter-finals.

Raonic was well in control after claiming the first two sets of the match but had to withstand a Wawrinka comeback, with the Swiss seed taking the third and fourth sets to push the match into a decider. The Canadian used his big serve to maximum advantage, eventually claiming the win 6-3 in the fifth set. Raonic will now face Gael Monfils for a place in the semi-finals, after the Frenchman defeated Andrey Kuznetsov in 4 sets.

Andy Murray maintained his perfect record against Aussies and, in doing so, ended local hopes for a men’s champion, defeating Bernard Tomic in a tight 3-setter to progress to the quarter-finals. Murray next faces David Ferrer, who was too good for big-serving John Isner, the Spaniard accounting for the American in straight sets.

In the women’s tournament, two-time champion Victoria Azarenka continued her good form, dismissing Barbora Strycova in straight sets. The Belarusian will now play Angelique Kerber, in a replay of the recent Brisbane International final, after the seventh seed defeated compatriot Beck in an all-German affair.

And unseeded pair Johanna Konta and Shuai Zhang will play off for a place in the semi-finals after scoring upsets on Day 8. Konta took down 2015 semi-finalist Ekaterina Makarova in a pulsating 3-setter, eventually prevailing 8-6 in the deciding set, whilst qualifier Zhang continued her dream run, beating another 2015 semi-finalist in Madison Keys in another 3-setter.

After a decidedly patchy start to 2015, fourth seed Agnieszka Radwanska really turned her season around in the second half of last year, with her consistency culminating in victory at the season-ending WTA Tour Championships. The Pole has her confidence back, and it’s making a huge difference on the court.

Suarez Navarro is a classy player and possesses a world-class single-handed backhand. She showed poise and maturity in running down Daria Gavrilova in the fourth round and will run Radwanska close in this one. Radwanska in 3.

Top seed Serena Williams looks to be improving with every match that she plays, which is an ominous sign for the rest of the players in the women’s tournament. Despite her rich success, Sharapova has a miserable record against Williams and hasn’t beaten the American in more than a decade.

Williams loves the hard, flat balls that Sharapova provides her with, and unless the Russian has another dynamite serving day like she did against Bencic, I think this will be another decidedly straightforward win for the world number one. Williams in 2.

Tomas Berdych has had his fair share of success against Roger Federer on hard-courts in the past, having knocked him out of the US Open and stretched him to 5 sets at Melbourne Park. The high-bouncing courts give the Czech player plenty of room to execute his powerful groundstrokes and to dictate play.

I think Berdych has a chance in this one if he serves well and can make inroads on the Federer service games. That said, Federer will start as the favourite and looked sharp in whipping David Goffin in the round of 16. Federer in 5.

Plenty of credit must go to Gilles Simon for pushing the world’s best player to 5 sets in their fourth round encounter, but it is also true that Djokovic had a truly shocking day at the office and yet still managed to win. I’m not sure if we will ever see the top seed produce 100 unforced errors in a single match again.

I expect Djokovic to put in a much more polished performance today, although it should be noted that Nishikori did upset the Serb en route to the 2014 US Open final. I don’t think the Japanese star will be able to replicate that win today, but he will certainly cause some anxious moments for the top seed. Djokovic in 4.