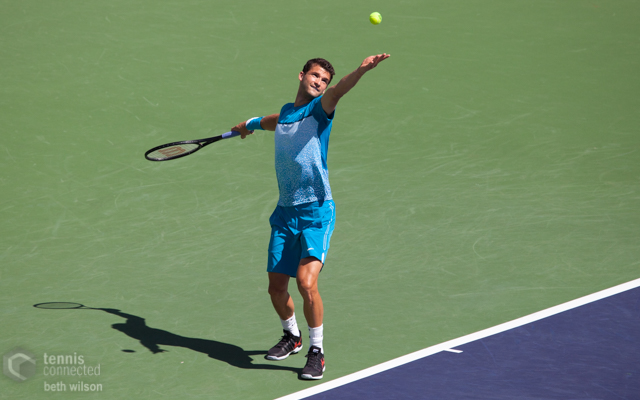 After just two rounds, an incredible 18 seeds have departed the women’s tournament, with Jankovic, Svitolina, Lisicki and Bacsinszky amongst those to  bow out on Day 4.

There was better news for two-time champion Victoria Azarenka, who cruised into the third round with a straight sets win. Other straight sets winners on Day 4 in the women’s tournament included former world number one Ana Ivanovic and 2015 Wimbledon finalist Garbine Muguruza.

Rising star Madison Keys scored a fighting win over experienced Kazakh Yaroslava Shvedova, whilst German leftie Angelique Kerber also booked her place in the third round of the tournament.

In the men’s tournament, Aussie legend Lleyton Hewitt bowed out of the men’s game, succumbing to Spanish seed David Ferrer in his final tournament. The former world number one received a standing ovation from the crowd on Rod Laver Arena and will now turn his attention to his new role as Australia’s Davis Cup captain.

Bernard Tomic cheered up Aussie fans by progressing to round 3, whilst other seeds to win on Day 4 included Gael Monfils, Stan Wawrinka, John Isner and Andy Murray, who destroyed the big-serving Sam Groth.

Big-serving Lukas Rosol upset Jack Sock, whilst French seed Jeremy Chardy went down to the Russian Kuznetsov. There were no such problems for Canada’s Milos Raonic, who overcame Spanish veteran Tommy Robredo in straight sets.

After his surprise third round loss to Andreas Seppi in Melbourne last year, 17-time major winner Roger Federer will be on guard heading into this blockbuster clash against Bulgaria’s Grigor Dimitrov.

Dimitrov has never beaten Federer, although he did run the Swiss superstar close in Brisbane recently. These two have very similar games, hence Dimitrov’s “Baby Fed” nickname, but Federer has far more experience and will be too strong in this one. Federer in 4.

After Lleyton Hewitt’s exit from his final Australian Open, local eyes will turn to polarising youngster Nick Kyrgios. The Aussie made the quarter-finals at Melbourne Park last year, and has the ability and self-belief to beat the world’s very best. That said, he still needs to mature emotionally and improve his week-in, week-out consistency.

Berdych has been a top performer on the ATP Tour for many years now, and I think this match-up suits him, with Kyrgios providing him with plenty of power to work with. Kyrgios will work the crowd to his advantage, but I fancy Berdych to come out on top in a tight four-setter. Berdych in 4.

As noted above, Andreas Seppi upset Roger Federer in the round of 32 at Melbourne Park last year, and the Italian also pushed Djokovic to 5 sets at Roland Garros several years ago.

Djokovic is, however, a far better player than he was a few years ago and is currently executing at a different level to the other players on the ATP Tour. Seppi will fight hard as usual, but doesn’t have the weaponry to threaten Djokovic, and I expect that the top seed will have all the answers. Djokovic in 3.

After looking a little rusty in her opening round match against Camila Giorgi, Serena Williams put in a more polished performance in her second round clash against the Taiwanese doubles specialist Hsieh.

Williams will no doubt get better and better as the tournament progresses and she gains more match practice, and the world number one won’t be taking young Russian Daria Kasatkina lightly today after she upset Williams’ sister Venus in their recent clash. Williams in 2.

Spanish seed Guillermo Garcia-Lopez has, like most Spaniards, achieved his best results on clay-courts, but he also some some impressive credentials when it comes to hard-courts. In addition, Garcia-Lopez isn’t afraid of the big stage, having knocked Stan Wawrinka out of the French Open in 2014.

Nishikori is a former US Open finalist and I think his game is well-suited to the Australia Open hard-courts as well. With a couple of breaks, the Japanese star could well be in contention in the latter stages of the tournament. Look for Garcia-Lopez to compete strongly but for Nishikori to always be in control. Nishikori in 4.

Put your house on: Maria Sharapova. The former Australian Open champion should have far too much firepower for American Lauren Davis in their third round clash.

Upset alert: I think French seed Jo-Wilfried Tsonga will need to be on his guard against young compatriot Pierre-Hugues Herbert when they clash on Margaret Court Arena.

Likely to go the distance: Young guns Dominic Thiem and David Goffin look set to battle each other for several hours today. I’ll back Thiem to come out on top in a lengthy five-setter.