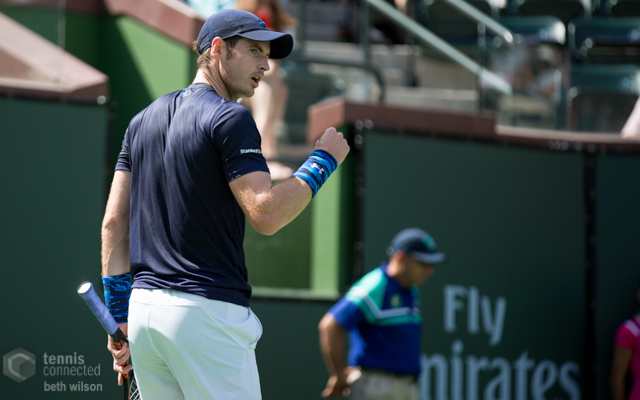 The 2016 Australian Open got underway on Monday morning, with tennis officials eager to focus on the sporting action following startling recent allegations of match-fixing in the sport.

Former finalist Jo-Wilfried Tsonga overcame another former finalist in Marcos Baghdatis in 4 sets, whilst twelfth seed Marin Cilic also recorded a 4 set victory. Grigor Dimitrov was another Day 1 winner, but the news was not so good for Frenchman Benoit Paire. The flamboyant seventeenth seed was upset by American teenager Noah Rubin, whilst veteran Ivo Karlovic was forced to retire against Federico Delbonis due to a left knee injury.

In the women’s tournament, top seed Serena Williams overcame Italian Camila Giorgi in a tight two-setter, as five-time major winner Maria Sharapova cruised into round 2. Radwanska, Bencic and Kvitova were also victorious on Day 1, with Kvitova avenging her 2014 loss in Melbourne to the Thai player Kumkhum.

Russian veteran Svetlana Kuznetsova continued her good recent form by demolishing Daniela Hantuchova, but many of Kuznetsova’s fellow seeds departed the tournament at the first hurdle. Sam Stosur maintained her terrible recent record at her home Grand Slam, whilst Caroline Wozniacki, Andrea Petkovic and Sloane Stephens were among the other high profile casualties on the opening day of play.

Four-time Australian Open finalist Andy Murray will be hoping to go one better at Melbourne Park this year, but the Scot faces a tricky first round encounter against the talented teenager Alexander Zverev. The German still has plenty of improving to do, but he has already attracted attention from a number of astute observers in the tennis world.

I expect that Murray will be professional and workmanlike in this clash, looking to advance with a minimum of fuss, much like Djokovic did against a similar rising star in Chung. I think Zverev will test Murray in at least one set, but I can’t see Zverev challenging the second seed for the win. Murray in 3.

However, Verdasco remains an extremely dangerous player and he has had success against Nadal in recent times. Nadal is well aware of the threat that Verdasco poses and, based on his encouraging form in Abu Dhabi and Doha, I think Nadal will get the better of his compatriot in a tight 4-setter. Nadal in 4.

Lleyton Hewitt is playing in the last tournament of his illustrious career, and the former world number one will be determined to finish on a high note. In 19 previous Australian Open starts, Hewitt has only played another Aussie on one occasion and, as the incoming Davis Cup captain, it will be intriguing to see how Hewitt handles playing his young compatriot in this one.

Duckworth is a solid baseliner but I don’t think he has the big-match experience to be able to produce his best tennis in this clash. Hewitt will be as competitive as ever, and I can’t see him squandering this opportunity. Hewitt in 3.

It will be fascinating to see how rising star Madison Keys handles the weight of expectation at this year’s Australian Open. The American made a breathtaking run to the semi-finals last year, knocking out Venus Williams on her way to the final four, but this year she will no doubt feel the pressure of trying to replicate that run.

Diyas is a talented player, with the Kazakh having made the round of 32 at Melbourne Park in the past two years. I think Keys will be too powerful in this one, but if she tightens up then Diyas could well take advantage. Keys in 3.

2014 Australian Open champion Stan Wawrinka commences his quest for a second crown in Melbourne against Russian veteran Dmitry Tursunov. Wawrinka enjoyed another successful trip to Chennai in the lead-up to Melbourne and, whilst Djokovic is rightfully the red-hot favourite, the fourth seed is one of the few players capable of knocking off the Serb.

Tursunov is a former top 20 player, but the Russian is past his prime and I can’t see him matching Wawrinka’s firepower from the back of the court in this encounter. Wawrinka in 3.

Likely to go the distance: Pencil in 5 sets for the clash between Aussie Sam Groth and Frenchman Adrian Mannarino. I’ll back Groth to get the win, much to the delight of the crowd.