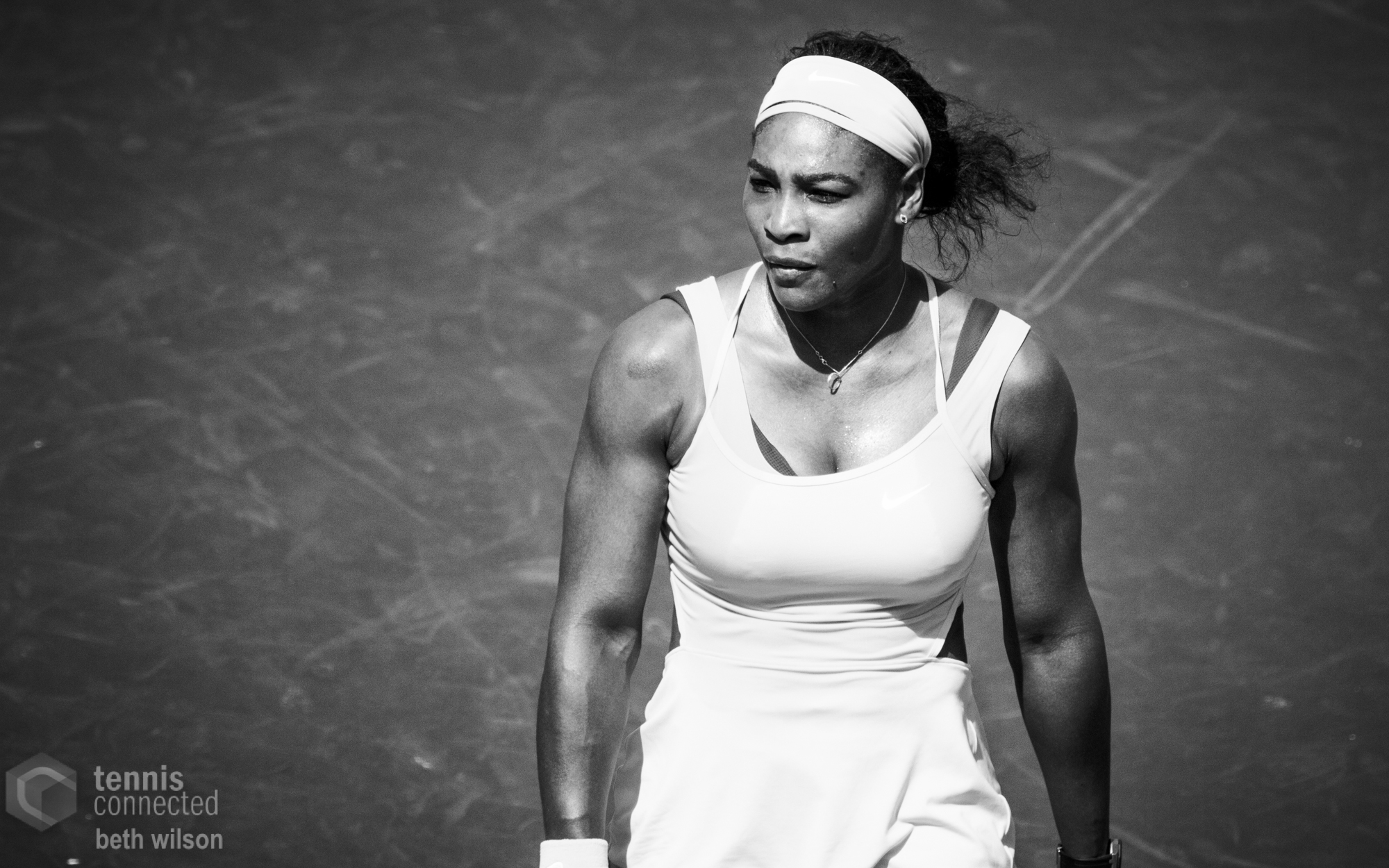 Welcome to Tennis Elbow, the column that looks back on the week that was in the world of tennis. This week, Charles Blouin-Gascon recaps a wild 2015 US Open.

You know what happens next.

You know it because you’ve seen it happen so often that it’s become ingrained in your brain and it’s turned into expectations for most of Serena Williams’s tennis matches. It’s been this way ever since she started her run at last year’s US Open, a run that surely will culminate in a fifth Grand Slam title in a row, and a calendar-year Grand Slam.

She’s done it so often in the past year, and that’s how you know what happens next. Williams has won the first set, or lost it, then lost the second, or won it, and that’s when she usually takes off. Against Roberta Vinci in this semifinal, Williams won the first 6-2 only to lose the second 6-4. Now watch her go.

This should be just about where Williams does it, after losing that set. Surely, she’ll break her opponent’s serve and she’ll take off and win the match because Vinci can’t match her level. From there, it’s the Hollywood ending, with a final over Flavia Pennetta.

What an upset! Serena’s Grand Slam bid is over as unseeded Italian Roberta Vinci pulls the stunner at the @usopen. pic.twitter.com/OHdvN8WRuN

Yes, Serena Williams lost against Roberta Vinci in the US Open semifinals. Cancel the parade and the festivities, we had an all-Italian US Open final instead. It’s easy to ascribe meaning and importance to moments after the fact, but here we are and maybe the first sign of trouble for Williams was the fact that she had lost that second set to Vinci, an opponent against whom she had never lost a set in four previous meetings. If Williams were to win, she would have won in straight sets—or at the very least, she would have pulled away in the third set after breaking Vinci’s serve. After the fact, that’s what you say. Because that’s what she had done so often this past year, remember? Instead, she lost.

The result is a stunning, stunning upset—one that FiveThirtyEight has dubbed «the biggest in modern women’s tennis history». We’ll leave that debate for another time and another day, but we will concede that it certainly was highly unlikely yes.

That’s the most shocking thing about her loss, too: Serena had been playing so well all year and all summer that, surely, if she were to miss out on the calendar Grand Slam it wouldn’t happen so close to the goal. Right?

Well it did and for now, maybe we get to wait a little bit on proclaiming Williams the greatest of all time. Like so: «Is she the best ever? -Meh. Let’s she where she stands when she’s officially retired.»

All this talk, and we’ve barely mentioned the victorious Roberta Vinci. Though Vinci would go on to lose in straight sets against her countrywoman Pennetta in the final, the 2015 US Open will forever live on as the Grand Slam where the 32-year-old Vinci captured the hearts of everyone.
A Williams win would have been nice, but that is even better.