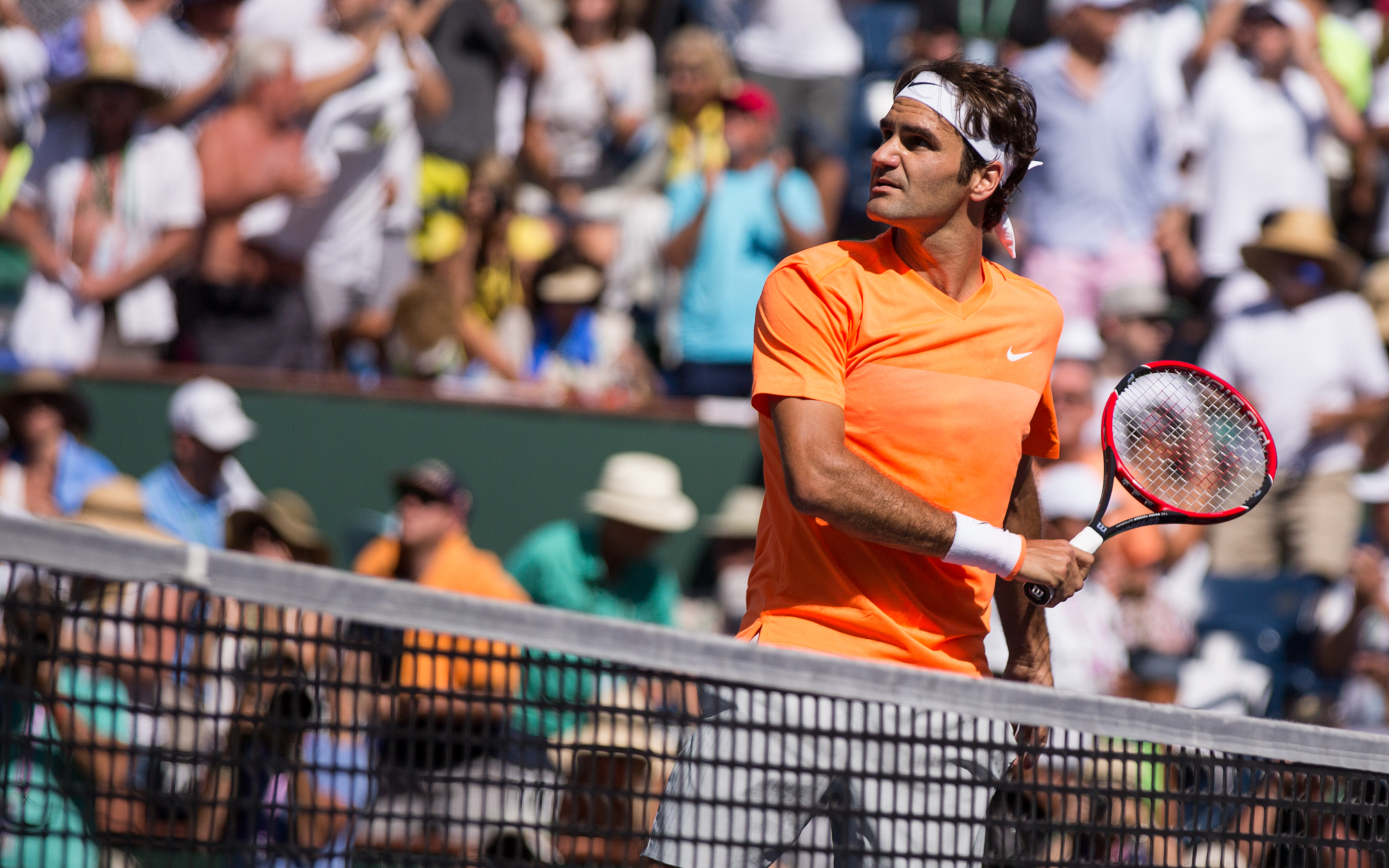 Top seed Serena Williams had to call on all of her fighting qualities to overcome Brit Heather Watson on Day 5, the world number one coming from a double break down in the deciding set to ultimately prevail over the gallant Watson.

In the men’s tournament, Marin Cilic and John Isner will resume play today after their Day 5 match was suspended due to bad light at 10-all in the deciding set. Top seed Novak Djokovic was ruthlessly efficient in dismissing the dangerous Bernard Tomic in straight sets, but there was better news for Tomic’s compatriot Nick Kyrgios, who avenged last year’s loss to Milos Raonic with a 4-set victory over the Canadian. French Open winner Stan Wawrinka was also in the winners’ circle on Day 5, recording an impressive straight sets win over the big-hitting Fernando Verdasco.

Sam Groth holds the world record for the fastest serve, and the Aussie will need to turn in a dynamite performance on serve if he is to have any hope of registering an upset today. Federer was in superb touch against Querrey in round 2 and is one of the favourites for the title this year after coming oh so close to winning the championship last year.

This pair has played once previously, with Groth defeated but not disgraced in a straight sets loss to Federer at last year’s US Open. I expect Groth to turn in another valiant performance, but I also expect a similar scoreline. Federer in 3.

Defending champion Petra Kvitova has been in blistering touch at SW19 so far this year, hardly breaking a sweat in making her way through to the round of 32. The Czech has a game made for grass-courts and the second seed has plenty of confidence at the All England Club, having claimed two previous titles at SW19.

Jankovic is a former world number one who is a dogged counterpuncher and a fierce competitor, but the Serb has never enjoyed much success at Wimbledon or on grass-courts generally, and I can’t see that record changing today. Kvitova in 2.

Italian counterpuncher Andreas Seppi has enjoyed a good first half of the 2015 season, upsetting Roger Federer at the Australian Open and making it through to the final in Halle in the lead-up to Wimbledon before losing to Federer.

Seppi is a consistent baseliner and smooth mover who will make Murray pay for any lapses in concentration. But Murray holds a good record against Seppi and looked sharp against Haase in round 2, particularly in the opening couple of sets, and I think the Scot will be too creative for Seppi in this contest. Murray in 3.

Spaniard Muguruza has a huge game and is a star in the making, to my mind. Her best results to date have come on clay, but I wouldn’t be surprised to see her start performing better on hard-courts, making a transition from clay-court specialist to star player just like her compatriot Rafael Nadal did in the early stages of his career.

Muguruza still has a lot to learn on grass-courts however, and her opponent today, tenth seed Angelique Kerber, is a former Wimbledon semi-finalist and has beaten Muguruza in 3 of their 4 previous meetings. Muguruza got the better of Kerber in Paris on clay, but I’ll take the German to squeeze past the Spaniard today based on her greater grass-court experience. Kerber in 3.

Timea Bacsinszky enjoyed a fairytale run to the semi-finals of the French Open this year, beating the likes of Petra Kvitova en route to the final 4. The Swiss seed has now backed up that effort by making it through to the round of 32 in London.

Bacsinszky faces a tough assignment today against former Wimbledon finalist Sabine Lisicki who, like Petra Kvitova, has a particular love affair with the All England Club. The German always produces her best tennis at SW19 and I think her booming serve will see her get the better of her Swiss opponent today. Lisicki in 3.

Put your house on: Roger Federer. As noted above, the Swiss superstar will have too many tricks up his sleeve for Aussie Sam Groth.

Likely to go the distance: Look for compatriots Gilles Simon and Gael Monfils to push each other to the wire today. I’ll take Monfils to come through in a hard-fought 5-setter.

That’s it for today. Enjoy the tennis and I’ll be back with another serve following Sunday’s traditional rest day to preview Monday’s action.