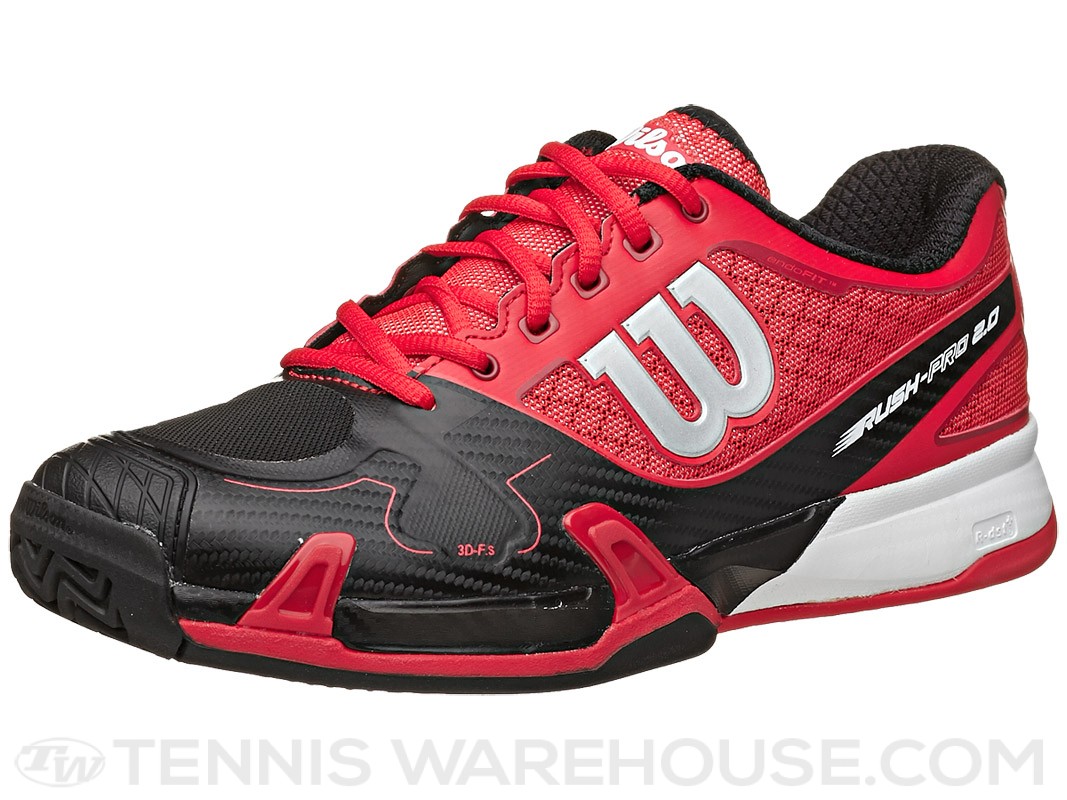 Entering the shoe market in a major way during the 2014 season, Wilson Tennis has stepped it up a notch and then some in 2015 with its all-new Wilson Rush Pro 2.0.

Carrying over the original highlights from the Rush Pro into the 2.0 version, Wilson has definitely improved on the ventilation of this shoe, courtesy of mesh placement on the side, back and top forefoot area. The flexibility of the model has also improved tremendously, allowing for no break-in time required.

Along with increasing the size of the Wilson logo on the side of the product, Wilson has also brought forth a much more sleeker design to its latest model. Weighing in at 14.2 ounces, the key innovations of the Rush Pro 2.0 include a more dynamic fit that is showcased in other top manufacturers; a pro torque chassis, which will allow beginner to advanced players the comfort of movement during any type of directional change, and finally a duralast sole, which comes with a 6 month outsole warranty. Another great upgrade to the Rush Pro 2.0 is its versatility. This model, unlike the Rush Pro, can be worn on hard-court and clay.

All in all, the Rush Pro 2.0 is a better version of the already successful Rush Pro. The Rush Pro 2.0 is slated to be the shoe of choice for the likes of Feliciano Lopez, Philipp Kohlschreiber, Jarkko Nieminen and Frank Dancevic during the 2015 calender year.

For more on the Rush Pro 2.0 and all of Wilson’s latest products, make sure to hit them up on Twitter @WilsonTennis or at their official e-commerce site: Wilson.com.

Fitting true to size, the Rush Pro 2.0 retails for $119.99 and can also be purchased at: TennisWarehouse.com.