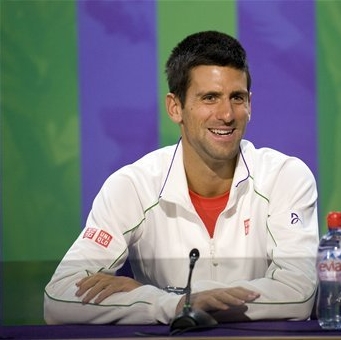 The action gets underway from the All England Club today, and there is a cracking assortment of matches to get the tournament started.

Looking to start another epic Grand Slam winning streak after his most recent run was ended by Rafael Nadal in Paris, top seed and world number one Novak Djokovic faces a tricky assignment against a former world number one, Juan Carlos Ferrero.

The Spanish veteran has always been at his most damaging on clay, although the former French Open champion also made the US Open final on one occasion. Grass has never been his strongest suit, and as he comes towards the end of his impressive career, I don’t think he will have a lot of energy left in the tank to challenge the defending champion. Djokovic in 3.

If one had to compare Latvian playboy Ernests Gulbis to any other player of recent times, it’s most likely that one would compare him to the Russian stallion Marat Safin. Like Safin, Gulbis possesses an abundance of talent, has an active social life outside of tennis, and is capable of losing to rank outsiders as well as beating the world’s very best players.

Czech star Tomas Berdych has had a solid season to date, and will be looking to relive his glory days of 2010, when he upset Federer and Djokovic en route to the final Sunday of the tournament at the All England Club. These players play a very similar brand of tennis, and while Berdych has a far more consistent track record, this is a definite danger match for the sixth seed. Berdych in 4.

No doubt still coming to grips with his sensational disqualification from the final at Queen’s, where he inadvertently injured a line judge, David Nalbandian has an opportunity to let his tennis grab the headlines when he takes on Janko Tipsarevic in a marquee Day 1 match-up.

Nalbandian is a former finalist at Wimbledon, who moves well on the grass courts and still poses a threat to the big names, despite getting on in age. Tipsarevic is enjoying his best season yet and enters the tournament as eighth seed, but he’s not overly comfortable on grass, and I sense the Argentine will be fired up for a big performance. I’m backing him to cause the boilover. Nalbandian in 5.

Kim Clijsters has shown during her long and illustrious career that she is a superb player on all surfaces. If she is able to enter this match injury-free, or at least relatively injury-free (which is a big if given the Belgian’s poor injury record this season), then I think she will be far too good for Jankovic.

She might have claimed the world number one ranking momentarily, but I’ve never really rated Jankovic’s game that highly, and even the Serb herself would agree that she is at her weakest on grass. Look for Clijsters to dictate the play and for Jankovic to merely counterpunch if and when she can. Clijsters in 2.

Fresh from her French Open win and her return to the top spot on the WTA Tour world rankings, Maria Sharapova has every right to enter the tournament full of confidence. The Russian is looking to claim her second Wimbledon crown, and I don’t think she will have too much trouble in her opening encounter with Rodionova.

Rodionova is a naturalised Australian who talks a big game, but who has failed to deliver for the most part. The owner of a fiery temper, Rodionova sometimes manages to use it to good effect, but more often than not it plays a part in her downfall. Angry or not, I can’t see her having too many weapons to hurt the top seed. Sharapova in 2.

Put your house on: Roger Federer to roll past clay-court specialist Albert Ramos in straight sets.

Upset alert: I like David Nalbandian’s chances of upsetting Janko Tipsarevic, as detailed above.

Likely to go the distance: I can see Sergiy Stakhovsky and Radek Stepanek battling it out for hours on Court 2. I’ll back the Czech veteran Stepanek in 5.

That’s it for today. I’ll be back with another serve tomorrow.