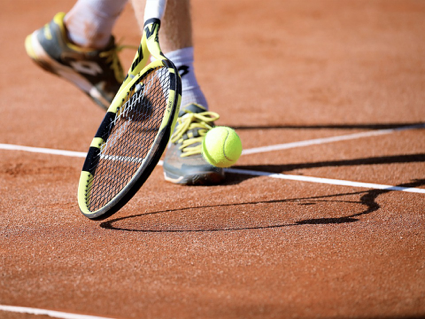 Ever since the All India Tennis Association was established in 1920, the popularity of the sport has continued to grow steadily, along with increasing the number of events and participants throughout the country. Some talents have risen to the very highest levels of the game, earning themselves global reputations, while others have sometimes found reaching the highest echelons difficult. But hope continues while interest continues to grow.

Whenever any of the four Grand Slam tournaments are taking place, tennis always enjoys a significant boost in popularity, as people pay greater attention. Although the biggest stars are usually the main attraction, fans across the sub-continent will also follow homegrown players. For those who do, looking to find the best sports betting sites in India becomes increasingly important, backed by trusted reviews and informative guides.

Let’s take a look at what is considered the golden era for Indian tennis, followed by the most recent major success achieved by players from the Asian country, before turning attention to current and rising Indian practitioners of this highly competitive sport.

Between 1921 and 1929, India had firmly established itself on the global stage, and particularly in men’s tennis. Indeed, according to All India Tennis Association (AITA) history archives, the Davis Cup team enjoyed notable success, beating numerous powerful tennis nations during the period. These including France, Romania, Holland, Belgium, Spain, and Greece.

The 1970’s and 1980’s then brought further encouragement for Indian tennis. In the Davis Cup, Vijay Amritraj and his brother Anand Amritraj, alongside Sashi Menon and Jasjit Singh, took the Indian team to their second finals in 1974. Individually, Vijay reached the US Open quarterfinals in 1973 and 1981, along with making the quarterfinals at Wimbledon in 1973 and 1974.

Ending one century and entering another

When he won the junior Wimbledon championship and junior French Open titles in 1979, Ramesh Krishnan – none other than the son of Ramanathan Krishnan – brought Indian tennis great hopes for the future. Ramesh would eventually go on to reach the US Open quarterfinals twice in 1981 and 1987, along with the quarterfinals at Wimbledon in 1986, winning 8 ATP finals and peaking at number 23 in the men’s world rankings.

Then came rise of two great competitors during the 1990’s and early 2000’s, when Leander Paes and Mahesh Bhupathi enjoyed great success in doubles tournaments, even known as the ‘Indian Express’ when competing. Together they reached numerous Grand Slam finals, winning the French Open in 1999 and 2001, and Wimbledon in 1999. However, friction between the two led to playing with other partners, albeit with considerable success.

Bhupathi won the 2002 US Open alongside Max Mirnyi of Belarus, and reached several Grand Slam finals partnering Mark Knowles of The Bahamas over the next decade. Meanwhile, Paes achieved further success with different partners from the Czech Republic, winning the US Open in 2006 with Martin Damm. Paired with Lukas Dlouhy he won the French Open and the US Open in 2009. Accompanied by Radek Stepanek, he won the Australian Open in 2012 and the US Open for the final time in 2013.

Individually speaking, Indian players have largely struggled to make any breakthrough amongst the upper echelons, although there has been sustained success in the doubles. Sania Mirza enjoyed prominence in the women’s doubles at Grand Slam tournaments, especially when partnering Swiss icon Martina Hingis, winning the women’s doubles at Wimbledon and the US Open in 2015, then the Australian Open in 2016.

In 2017 and in the mixed doubles, Rohan Bopanna won the French Open alongside Gabriela Dabrowski of Canada, then reached the final of the 2018 Australian Open with Timea Babos of Hungary. Not without some irony, the latter pitted him against former partner Dabrowski, who took the title alongside Mate Pavic of Croatia this time.

Reaching the conclusion of 2022, the highest ranked men’s player in the ATP Tour Rankings is 25-year-old Sumit Nagal at 505, followed by 22-year-old Digvijaypratap Singh at 554, then 30-year-old Yuki Bhambri at 557. In the women’s game and the WTA Tour, 24-year-old Karman Thandi is at 228, while 29-year-old Ankita Raina is at 295 in the official rankings.