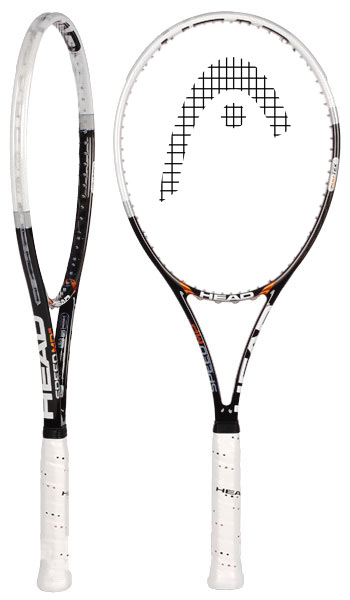 HEAD’s origin story seems to be the most amazing among all other brand origin stories. It began about 70 years ago in Timonium, USA. Back in 1947, Howard Head’s unsuccessful attempt at skiing provoked a revolution in the entire ski industry.

Let’s take a look at how it all unfolded.

Howard Head was born in Philadelphia in 1914 in a dentist’s family. He dreamed of becoming a screenwriter and was accepted at Harvard for a literature degree, but during his second year, he opted for technical education. After graduating with an engineering degree, Head still tried to write for three years. He took jobs as a screenwriter, copywriter, and reporter but was fired from all of them without making any serious coin. So, he decided to pass a test to determine his writing potential. Howard was disappointed when he got the lowest score in the humanitarian field! But his creativity and high analytical skills gave him all the chances for a successful job as an engineer. In 1939 he took a job in the Glenn L. Martin Company (airplane construction) as a riveter and reached the engineer position.

Head worked at Glenn L. Martin throughout the war and gained a reputation as a great poker enthusiast at the time. Even then, many people were into wagering games such as roulette, USA blackjack, slot machines, poker, etc. So in the future, poker brought him small capital to develop his own business. His interest in the unknown and untested led Howard to alpine skiing in 1947, during his vacation with friends at Stowe Mountain Resort, Vermont. It became a turning point in his life. Not at all embarrassed that he was tumbling down the slope, Howard was determined to perform better. Like many rookies who had trouble with stubborn skis, Head berated the construction and blamed his mistakes on the equipment. However, unlike the vast majority of skiers, Howard was an aeronautical engineer and, with his technical knowledge, was able to convince his friends that he was right. Skis in those days were long, heavy, and clumsy. Made of wood, they were unwilling to bend and were unstable on the slope.

Head said that by using metal plates and airplane-building technology, he could make them better – lighter and more efficient. So he gave up trying to master traditional skis, bought a band saw for $250 and began constructing his skis in his spare time. Howard decided to use the “sandwich” design from the aviation industry. The secret to its success was the glue: chemists created an elastic, water-resistant adhesive for gluing aluminum and wood together during World War II. Before Head, designers of various ski factories had thought about using metal in ski construction, and some had even tried, but only Howard could bring the idea to reality.

In 1947 Head began developing a “honeycomb” ski design – a honeycomb core was placed between two metal plates. Howard was adamant that his future lay in creating a new ski concept. That is why he resigned in January 1948 to devote all his time to developing his project.

During another poker game, Howard won $6,000 and used it to found the Head Ski Company in Timonium, Maryland, USA. Working day and night, he tried to perfect his prototype model and create the perfect ski, which would be lightweight and durable. After a year of effort, he finally produced his first six pairs of sandwich construction skis – made from a honeycomb core and metal plates. Howard took them to Stowe and convinced local ski instructors to test them out.

All of his samples were broken within the first hour on the slopes. Nevertheless, one of the professional skiers, Neil Robinson, was interested in the suggested skis and promised to participate further in testing them. Robinson returned a number of broken skis to Head before settling on one of the models. The skis were more robust than the wooden ones and half as light.

It took another three years to refine them: to eliminate icing and improve sliding, Head covered the underside of the ski with a special plastic. He also laminated the top and sides of the skis, and to add extra strength, Howard made a core of glued layers of wood. Using long, sharp steel strips helped solve the problem of blunt edge skis.

Howard developed about 40 designs by 1950 before mountain ski instructor Cliff Taylor approved the result. They were aluminum skis with a layered wood core, a plastic gliding surface for good sliding, and carbon steel edges that cut into the snow in turns and let the skier maneuver quickly. So the first production of Head Standard alpine skis was born. They went on sale at $85 for a pair, while the most expensive classic wood skis cost about $45. The new composite skis weighed the same as the wood skis, but they were stronger, more flexible, and docile in turns. Step by step, Howard Head was on his way to victory. He sold his first 300 pairs of handmade skis to interested enthusiasts right on the slopes. Then, Howard specifically asked local instructors and athletes to use his skis in crowded places.

In 1950, after paying all his debts, Howard Head formed the Head Ski Company, Inc. To stay afloat, he was forced to sell 40% of the stock for $60,000. But unfortunately, the Head brand had not yet succeeded in winning the market, and it took several years before the laconic colour of the Head Standard skis became a symbol of luxury ski products.

The patent for a composite wood-metal ski with a plastic gliding surface was received in 1954. In this way, Howard was several years ahead of his competitors, who considered him too presumptuous and his ideas impossible.

By 1955, Head was the leading brand in ski sales in the United States and Europe. Convincing world-class skiers to try out the new skis was difficult at first. However, the athletes’ Olympic victories on Head skis in 1960 decided the fate of the classic wooden skis for good. At the same time, Head attempted to diversify his business by adding a division specializing in athletic apparel to his primary production of alpine skis.

Besides, Howard Head became thoroughly interested in tennis and began developing tennis racquets. As in the case of skiing, tennis racquets were made of wood, and their design did not undergo severe changes for 100 years. Finally, in 1968, Head set up a department that dealt exclusively with developing tennis equipment. A year later, the first racquet made of metal was launched at The US Open.

During the following decades, legends like Guillermo Vilas and Thomas Muster played and triumphed with HEAD racquets. The company continued to innovate and introduced its revolutionary Titanium racquets in 1998. Today, Graphene technology is one of the most recognized and widespread worldwide.

In 1964, HEAD was at the height of its popularity after Billy Kidd and Jimmy Heuga won the Winter Olympics.

In 1968, HEAD skis were on the feet of the three medalists at the World Cup competition founded the year before. And the number of Americans who preferred the maneuverable HEAD Standard alpine skis exceeded 4 million. It’s easy to explain because, at the time, HEAD skis were the only skis on the market that came with a one-year warranty.

In 1969 the company introduced fiberglass and metal alpine skis and became the world’s largest manufacturer of skis, selling 300,000 pairs per year. Also, in 1969, Howard Head was forced to sell his company to AMF Aircraft Manufacturing for $16 million, receiving $4.5 million personally. At that time, the company had 500 employees, with sales surpassing 300,000 pairs a year.

Retirement and the Company’s Development

In retirement, the founder of Head took a serious interest in tennis. Granted, he only played with a metal racket. Nevertheless, Howard acquired a small tennis ball factory and continued to develop new tennis racquets at the Prince Manufacturing Co. by purchasing a controlling interest in the company. Soon the world was offered new racquets made of aluminum alloy, which were much lighter than the classic wooden racquets, despite the increased size. Soon, at the peak of Prince’s development, Head sold the company and moved to Vail, Colorado.

The fact is that the constant striving for perfection was reflected in his personal life. After three divorces, Howard Head finally found the woman he was looking for. She was Vail native Martha Fritzlen. Howard could simply live his life with her without the never-ending desire to invent something new. Howard Head, the founder of the great Head Ski Company empire, died in 1991 at the age of 76 from complications from heart surgery.

Howard Head revolutionized two different sports with the foresight and intuition often encountered in business. But he wasn’t driven by a desire to change the industry but by a desire to improve his abilities. Howard wasn’t a master of skiing or tennis – he implemented his extraordinary and innovative ideas solely to achieve tremendous success in sports. Ultimately, his incompetence in both sports contributed to the creation of his original sporting equipment. Head believed that if he had a problem with sports equipment, others must also have the same trouble, and he began to tackle it.

Under AMF, Head Sport made a significant acquisition: in the 1970s, Tyrolia, an Austrian manufacturer of ski bindings and poles, joined the group of companies. Under the aegis of Head, the tennis business continued to develop and diversify. In 1987 the company presented its first tennis shoes.

A dozen years later, Head International GmbH moved to Europe, and after another change of ownership in 2000, the company joined multinational sports equipment corporation named HTM. But despite all business changes, the company’s design office, year after year, implements all kinds of innovations from aviation and helicopter engineering in the ski industry. So now skiers can buy the whole set of equipment of their favorite brand, including not only skis or snowboards but also bindings, boots, poles, helmets, and masks.

In this century, the experts at Head have already created a number of innovations that provide skis with unique features. Among them is Head Intelligence, an intelligent technology based on piezoelectric fibers. The flagship skis of the collection feature the more powerful Head Intelligence CHIP technology. The technology incorporates a microchip that constantly monitors the torsional stiffness of the ski and can adjust its stiffness in just seven milliseconds depending on how well the ski grips the slope.

For the 2012-2013 season, HEAD introduced the new ERA 3.0 line of skis with a number of bold innovations in the concept:

Head skis also feature KERS, a kinetic energy recovery system similar to those used in Formula 1 cars. KERS stores energy and then recovers it, thereby accelerating the object – in this case, giving the skis a sharp extra bounce when oversteering. Recuperation similar to KERS is widely used not only in Formula 1 but also in many hybrid cars and other vehicles powered by electricity.

All these technologies are the basis for the renewed Supershape range, which has been so successful that since 2014 it has passed from one collection to another almost unchanged.

HEAD’s exemplary dedication to new technologies has led to patenting the latest Graphene material in alpine skis. Graphene has a unique thing – it’s the strongest material on the planet in terms of its weight. Its first samples were successfully obtained in 2005, and in 2016 it is already successfully used in HEAD skis in lines such as Supershape, Instinct, and Monster. Today you can find its recognizable symbol on almost all models.