You might have missed this since the launch came mere days before the Australian Open, but tennis has stepped into the future.

Our wonderful sport launched the new TennisONE mobile app and you might as well grab your copy of it in the App Store and Google Play, because it’s pretty staggering what it hopes to accomplish. It’s, dare we say, Tennis 2.0? “We invite tennis fans around the world to download our TennisONE app and play along with live matches,” said Kristin Geer, CEO of TennisONE’s parent company Bleachr. “The new TennisONE app is a fresh new approach to help unite the sport by bringing together tennis players, fans, tournaments, and industry organizations into one mobile platform. The app’s predictive social games are revolutionary in how they will directly connect sponsor brands to the highly-desirable tennis demographic.”

We’re quoting directly from the app’s press release with the above, we know, but basically:
welcome to the Facebook app of tennis?

Ultimately, tennis embracing this new app is a way for this notoriously conservative sport to let its guard down, if only a little bit. The app works to bring the sport to the masses and, most importantly, to the masses’ cellphones burning a hole in their pants pockets. 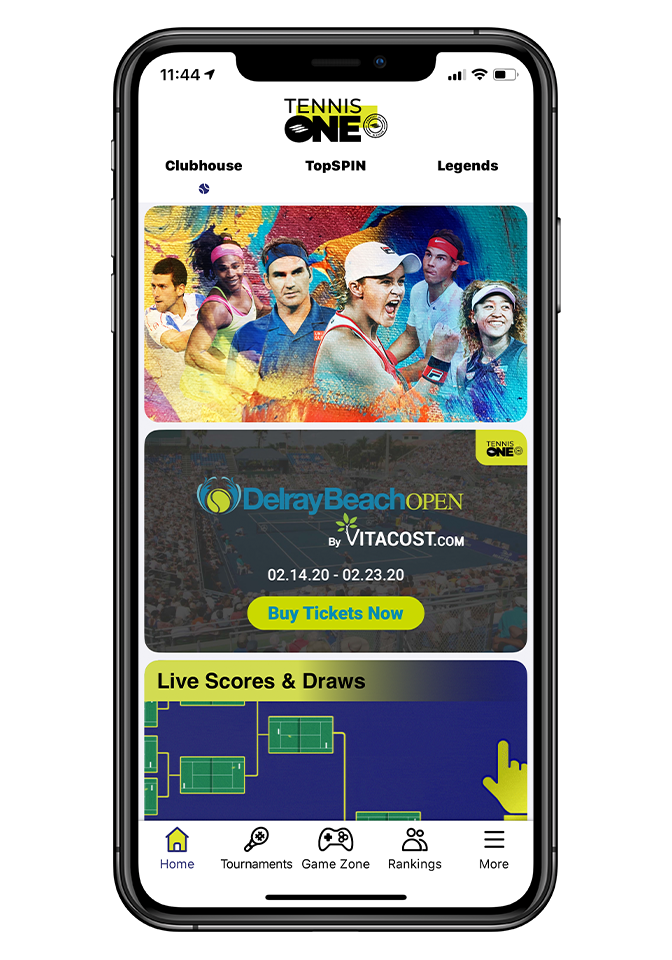 Once you’ve downloaded the app and opened it, you can pick from one of four different options at the bottom of your screen. The home screen is where you’ll get a link for live scores and draws of events currently unfolding as well as a slew of a number of different other things: there’s a link to the TennisOne pro shop for those who would love to have TennisONE merchandise. You also have recent tweets from some of the top players on tour—as we’re reading this, we see Stan Wawrinka’s noggin looking right at us and asking “who else has made sure to hit the gym to start the week off strong?” (We sure as hell did, Stan. We sure as hell did.)

There’s more to it though. Down at the bottom on your screen, you can click the “Tournaments” tab: here’s where you’ll catch up on the recently completed matches or events, and also look ahead at what’s looming on the calendar.

If you slide one over at the bottom of the app, you’ll access the game zone, which is three-fold. You can predict the winner of today’s matches with “Daily Quick Picks,” or try to run up a streak of correct points in any given match you might want when you select “Points Streak Live.”

But for our money, the best aspect of this new app is the third option of the game zone, namely “Challenges + Trivia.” This is the place where you, a tennis fan, can compete in quick Q&A challenges against other, fellow tennis fans. Of course, this wouldn’t be quite as satisfying if there weren’t a reward system in place but remember that the folks from TennisONE are pros; every correct answer gets you points and that’s really all you can ask for. Now quick, go look at where you are on the leaderboard! 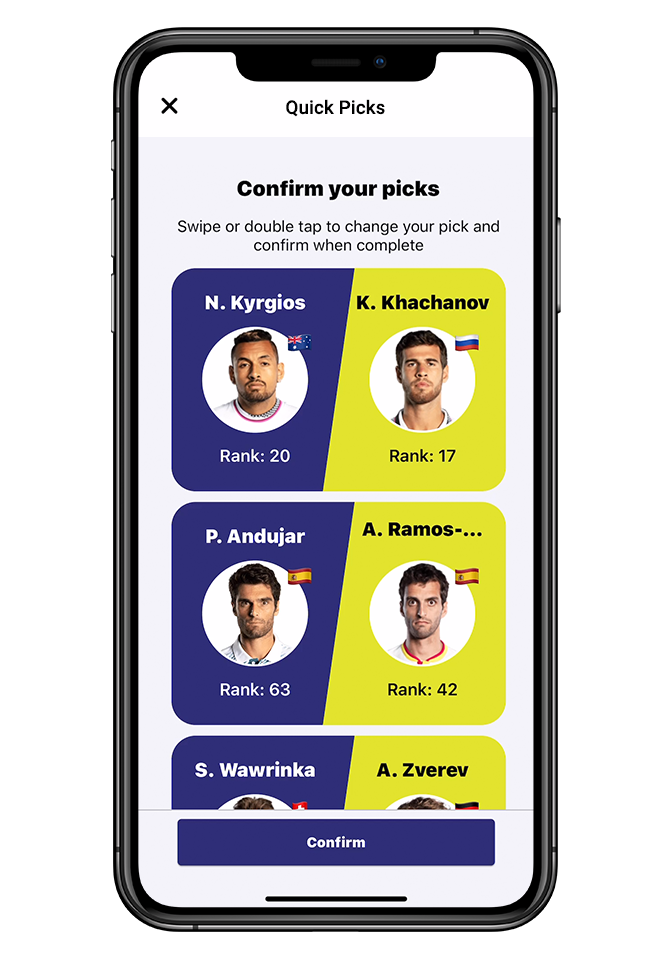 However, there is more to it: come for the friendly competition against your fellow fans, fall in love with the bragging rights that come with your place on the leaderboard and stay for the fan stream. The latter will be where you’ll see comments, photos and the likes of anyone else who’s been currently using TennisONE.

As for the final tab on this app, it’s one called “rankings,” and we’ll give you 10 brownie points if you manage to correctly guess that sure enough this is where you get live and updated singles and doubles rankings for both the ATP and the WTA.

We’re glad to report Novak Djokovic is still No. 1 in the world.