With the summer hard-court season leading the way to the culminating Grand Slam of the year in NYC, NikeCourt’s best players will be eager to showcase their talents and new looks around the circuit in North America.

Starting off with the men, Nike will see Nadal sporting the Fall Rafa Aeroreact NY Crew in cabana and gridiron. The defending champion in Canada will also wear the Fall Rafa Court Jacket and the Nike Air Zoom Cage 3 HC in wheat, metallic silver and hyper jade. 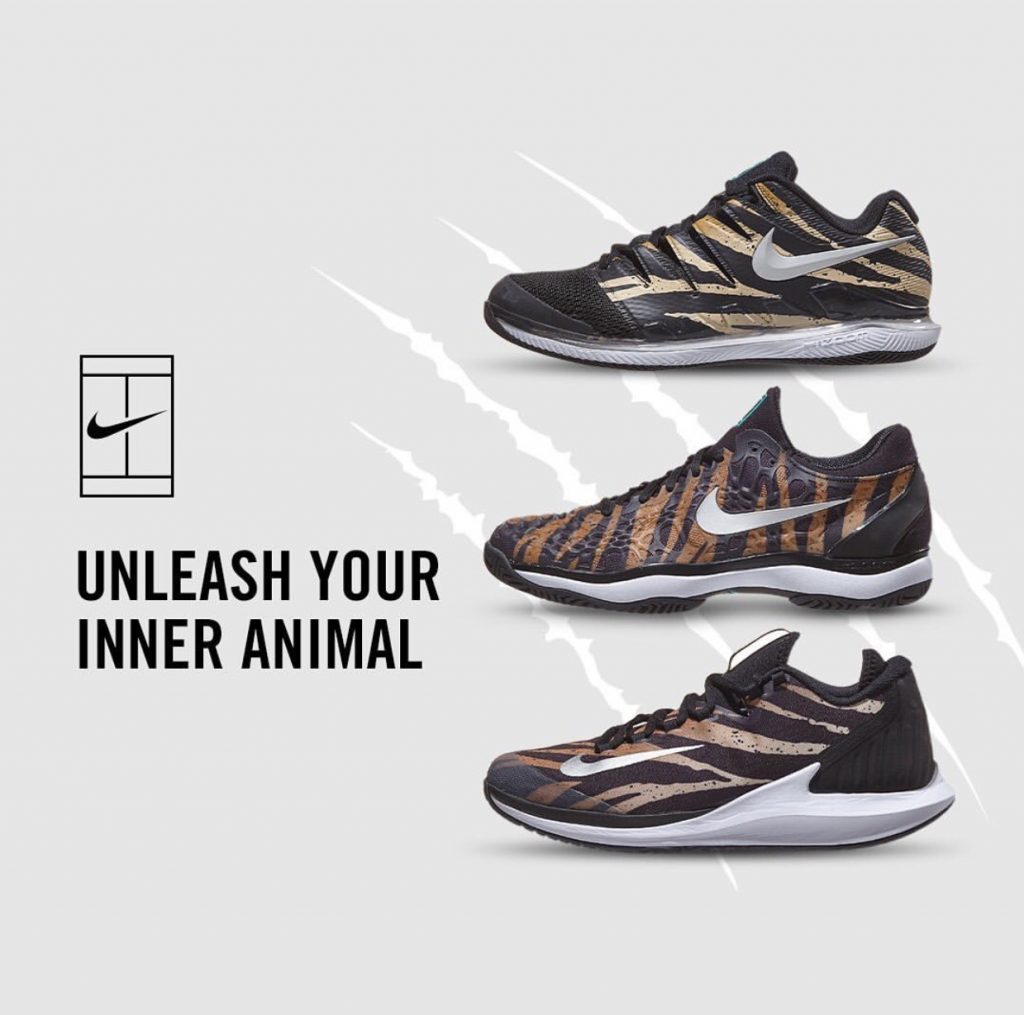 The rest of the Nike Team, which consists of Karen Khachanov, Borna Coric, Felix Auger-Aliassime, Denis Shapovalov, Kyrgios and Dimitrov will all be highlighted in the Fall Graphic Crew in white with black (as well as wheat color), which will be paired with the Fall Flex Ace 9″ Short in wheat (or black color).

Also new this season, Nike athletes will wear the animal pack of shoes, featuring the Air Zoom Vapor X, Nike Cage 3 and Air Zoom Zero. All three of the these models will be seen in wheat and jade color pops.

The women of NikeCourt will be highlighted in equally as impressive silhouettes, headlined by the Queen of tennis herself, Serena Williams. The Hall of Famer will begin her quest for a successful Summer by debuting the Fall Court Tank in black, which will be paired with the Fall Straight Skirt in celestial gold, white, celestial gold. The 23-time Major winner will complete her look in the Nike Flare HC in wheat, black and jade.

Five-time Grand Slam winner Maria Sharapova will light up the courts this season in the Fall Maria London Seamless Dress in topaz mist and black. The v-neck design features ribbing around the neckline and a high density swoosh on the left chest. 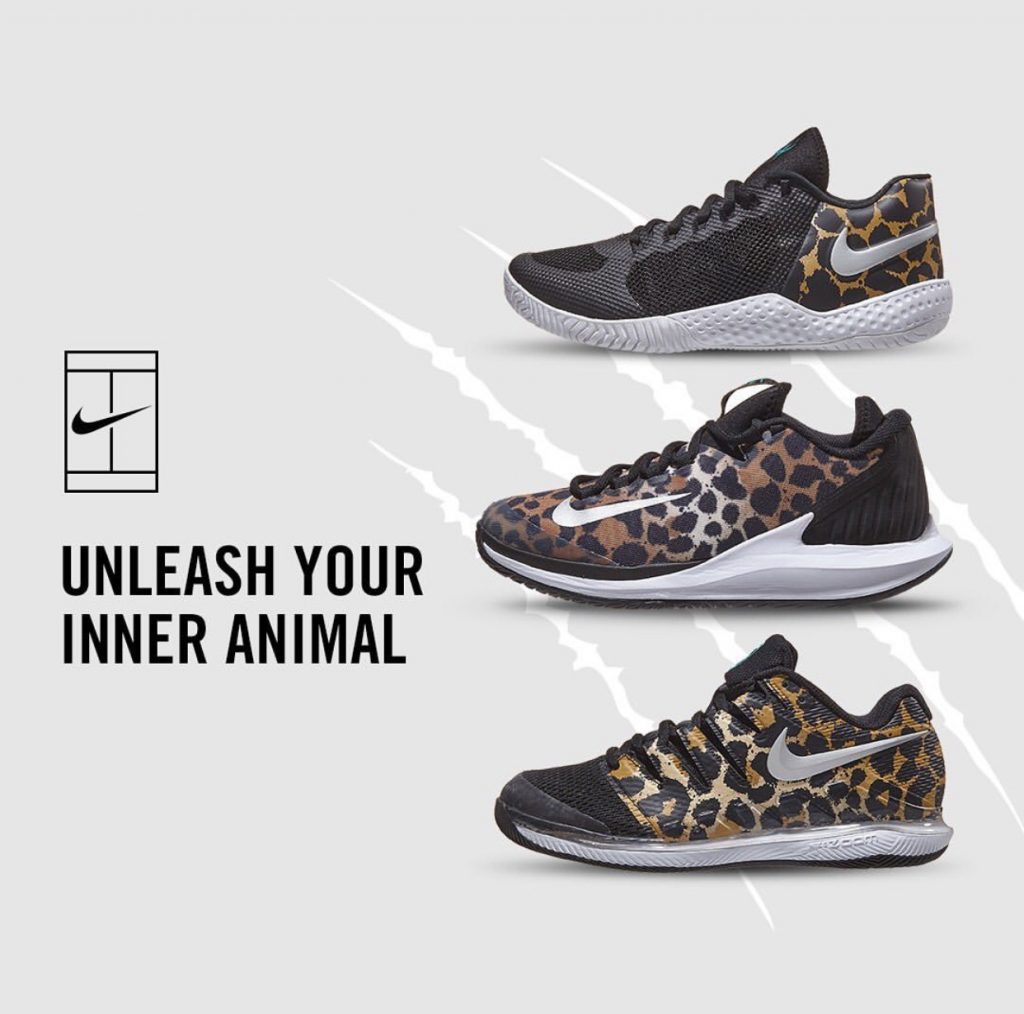 The variety of footwear seen on the world’s best players will be highlighted by the Air Zoom Vapor X in wheat and the Air Zoom Zero in wheat. All women’s footwear this summer will be part of the Animal Pack.