According to Tomas Berdych, “If anyone asks me which day they should go to the tennis, I’m saying it’s the second Monday of Wimbledon. I think it’s the best day in tennis.”

So let us review the first week at the AELTC and see how things are shaping up for the week kicking off with Manic Monday.

Week one was glorious for British tennis. Not only did it see the most number of British players to reach the third round in 20 years, but the bookies favourite to win the women’s draw is now British Johanna Konta. The last time a British woman was the favourite was Virginia Wade. And that was four decades ago, long before any Millennial was born.

With the women’s draw so wide open, we’ll refrain from putting put hard cash on a clear winner. But we can declare it will either a player who has never won Wimbledon in her life, or the grand dame Venus adding a sixth Wimbledon title to her collection.

Of our four most likely contenders for the crown, Venus would certainly be on that list. The fact that she was this year’s Aussie Open runner up say it all. Angelique Kerber and Garbiñe Muguruza find themselves in similar positions both having held the Wimbledon runner up trophies. Both champions have previously summoned the killer instinct to close out and win at Aussie Open/ US Open and Roland Garros respectively. Both have weighted expectations to live up to, both have something to prove. Expectations will also be something Joanna Konta will have to navigate, as the entire nation rest their hopes on the British women’s number one. 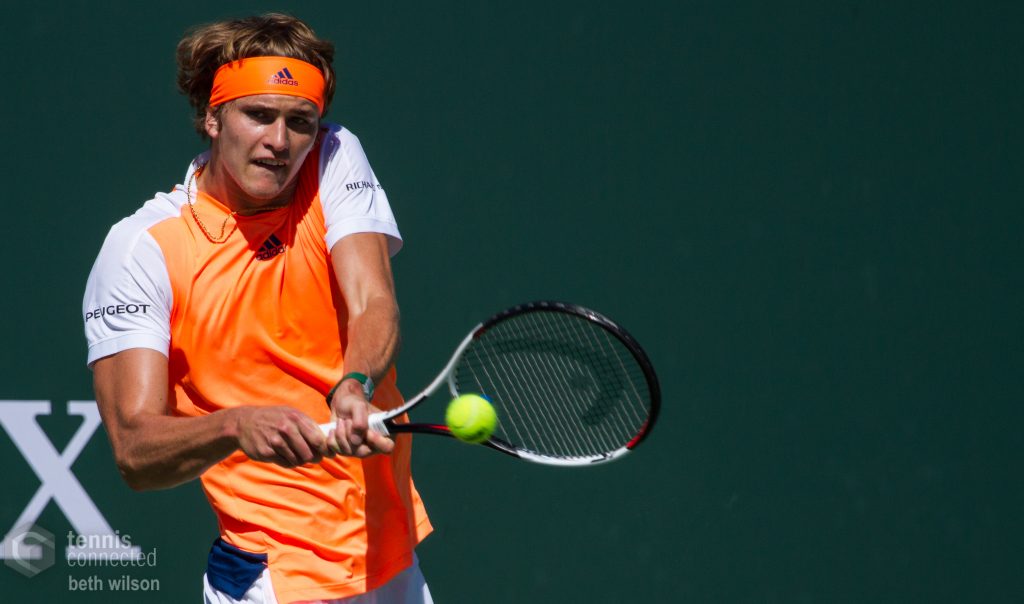 On the men’s side, things are shaping up… how they usually do. The Big Four still all there? Check. A few oldies? Check. A couple newbies? Check.

If there is one prediction we will put money on, it will be the inevitability of one of these four holding up the trophy yet again a week from today. So how likely is it that their stranglehold on grand slam silverware will still continue at least for Wimbledon 2017?

Well, the man from Majorca is confidence-high off his Roland Garros win. “Win” gives his performance no justice. Rafa demolished, dismantled, and destroyed every man standing in his path en route to the La Decima crescendo. He’s currently showing similar spirit on the grass.

His nemesis, the GOAT, Federer has also shown imperious form this year with his inspired Aussie Open victory, followed by a sublime sunshine double win in Indian Wells and Miami. Fresh off Halle success, he has delighted the centre court crowd with his mastery, refusing to drop a set so far.

Andy’s recent injuries may have planted small seeds of doubt at the beginning of the tournament, but his grinding performance these earlier rounds has dispelled any notion of problematic hindrances. Though not the favourite to win, he will have the home crowd on his side.

Whatever Djokovic’s problems have been this last year, it he looks like he may be putting those demons to bed, back at the place where it all started going downhill. Looking more and more like the impenetrable Novak of 2015, the Serb has once again become the wall refusing to allow even the most deft winners to get past his racquet.

But there are four others looking to rock the Immortal Four out of their big boat.

With a US Open title to his name, Marin Cilic already knows what it feels like to hold championship silverware. And looks like he’s keen to re-live that feeling. The Croat usually floats under the radar the first week before surfacing to cause damage towards the business end. Even ex-coach Goran Ivanisevic fancies his old protégé’s chances, declaring “For me Cilic is the number two or three favourite to win the tournament before Andy before Raonic and Novak.”

Grigor Dimitrov put up a stunning performance at this year’s Aussie Open semis, demonstrating that not only does he have the talent, but perhaps also the drive to go deep into championships. So far he’s seen off last two opponents in style and even if he peaks in the semis, he could cause an upset or two along the way.

Though dismissed quickly by Roger at this year’s Halle, Alexander Zverev is not short of scalps. He seems to have has beaten them all including Djokovic, Wawrinka, Cilic, Raonic, Dimitrov, Simon, Gasquet. Last year he managed to beat Roger at Halle and almost beat Rafa Nadal at Indian Wells with a match point against him in the final set. Rather dangerous and clearly capable of causing damage.

Two years ago we were all but promised that Milos Raonic would be the one to break through. Despite his missile rocket serve, he has not broken down the door as convincingly as expected. But he is knocking loudly. He has returned to the AELTC with an improved well-rounded game including lighter touches at the net and a confidence perhaps ensuing from being last year’s runner up.

Buckle up for Week Two. Regardless of the outcome, it promises to be an entertaining ride.