Top seed Andy Murray captured his first-ever ATP World Tour Finals title in London, England on Sunday, defeating No. 2 seed Novak Djokovic 6-3, 6-4. In a match that lasted one hour and 43 minutes, Murray broke serve on three occasions and hit three aces against his Hall of Fame opponent. Winning 84 percent of his first serve points, Murray raced to a 4-1 lead in the second set, before Djokovic stormed back to 3-4. With victory in his sights, Murray held for 5-3 and later would serve for the title at 5-4. Needing three match points to seal his victory, Murray won his fifth title in a row, dating back to victories in Beijing, Shanghai, Vienna, Paris and London.

Djokovic, who hasn’t won a title since the Rogers Cup in Toronto, Canada, will next set his sights on defending his title at the Australian Open in January. 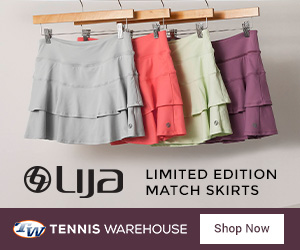