In the ongoing pursuit to create the best racket possible for the world-class player, Wilson Tennis has released its latest line of Blade rackets with Countervail technology.

Based on the premise of providing the athlete with more feel and less shock per stroke, Countervail technology is perhaps the best addition that Wilson has brought forth to date in their performance frames.

Starting off with Milos Raonic’s latest Wilson Blade 98S CV in an 18×16 string pattern, we were immediately impressed with the solid feel of the frame through ground-strokes and volleys. The strung weight of 11.1 ounces seemed to be just right for this particular racket, as intermediate to advanced players will appreciate the plow-through from the baseline, and the tremendous spin potential that was generated. Another positive attribute about this frame was its relatively low stiffness index of 65. For a racket that produced as much power at the Blade 98S CV, it was surprising how flexible and non fatiguing it was on our play-tester’s dominate arm.

Other features of this racket saw adequate speed generated on flat serves and returns, while spin serves and slice backhands were hit at a more than adequate level.

From an aesthetic standpoint, the sleek finish of this frame was very reminiscent of the Wilson Pro Staff RF97 Autograph. We anticipate that more racket manufacturers will heading down this route in terms of their racket cosmetics, which are highlighted by a matte and glossy finish.

All in all, Raonic’s latest racket of choice is a stable frame that will provide ample spin and control for the intermediate to advanced player. 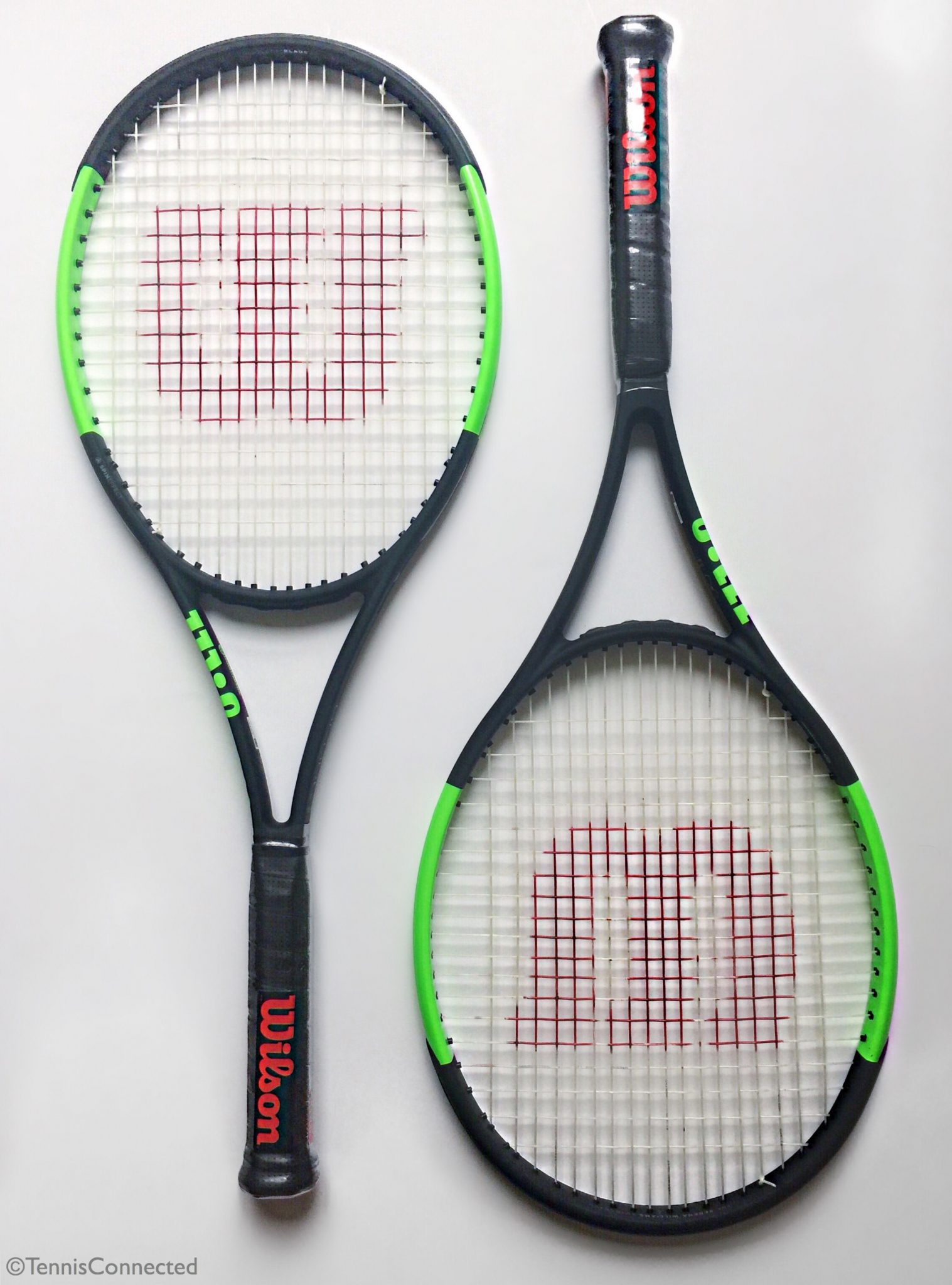 Moving up in head size and power, Serena Williams’ latest Wilson Blade SW 104 Autograph packs a serious punch for the beginner to advanced level player. Providing a bigger sweet spot than the Blade 98S CV, the Blade SW 104 Autograph also comes in with a lighter weight but is slighter stiffer. The longer length of the racket at 28 inches will also benefit players that are looking for that extra pop and reach on their shots.

Returning serve and hitting overheads were perhaps the two biggest advantages of this racket due in large part to its increased sweet spot, but the ability to tee-off on countless returns will certainly leave a smile on any player’s face. Ground-strokes and volleys will take some getting used to with the Wilson Blade SW 104 Autograph, as the increased head-size does lead to more power and ultimately less control. However, if a player has the ability to produce more spin on their shots when required, then the desired control can be achieved.

Ultimately, for the player that enjoys doubles and favors their return of serve, the Wilson Blade SW 104 Autograph would be a great option to choose.

If you’re looking for updated news on the Blade series of racket, or their star-studded cast of top-flight professionals, make sure to check them out on Twitter @WilsonTennis.

Nima Naderi is the Founder/Creative Director of Tennis Connected.com. He is also an award winning coach with the PTR and has over 20 years of coaching experience.