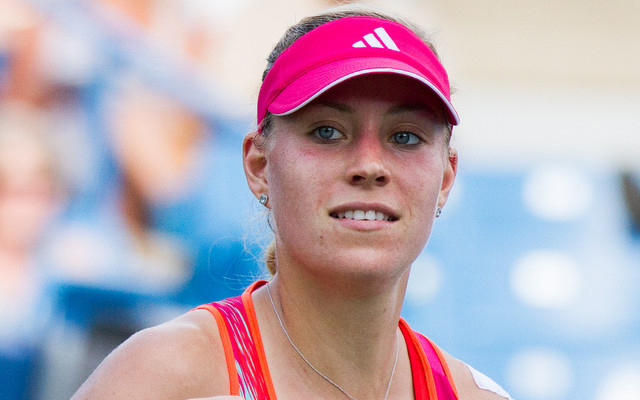 Day 6 action at Flushing Meadows will be remembered for the entertaining match up between Stan Wawrinka and Dan Evans. The hard-hitting Swiss would eventually prevail in five sets and will next face surprise round of sixteener Illya Marchenko, who benefitted from a retirement from Aussie Nick Kyrgios. Venus and Serena Williams also saw their tournaments extend, while Juan Martin del Potro showed why he continues to become a favourite for the men’s title.

Here’s our picks for the best three matches to watch on Day 7.

This contest featuring two Grand Slam champions should provide great theatre. It’s true that Kerber is playing the better tennis of the two, but Kvitova knows how to play big matches and won’t feel the same discomfort of her opponent’s lefty shots as other players do. Kvitova does play her top tennis on the lawns of London and the bounce of the hard-courts does benefit Kerber’s game more. With 50 match victories this year already in the bank, winning has become a habit for the German. Playing eight previous times, the pair have split their head-to-heads right down the middle. How does Sunday turn out? Based on the court surface and current confidence levels, Kerber is the logical choice to prevail. We’ll take the second seed in straights.

Big serves and big forehands have become the norm on the men’s Tour these days and there will be no shortage of power when Tsonga and Sock take to Armstrong Stadium. While Tsonga leads the pair’s head-to-head 1-0, their lone match in Madrid last year went into a third set breaker and was on clay. Although clay does suit Sock’s game well, I believe that hard-courts are an even better surface for him. That said, Sock will have to believe that he deserves to be in the final eight of a Major and it could very well happen. Tsonga knows how to play these type of matches and even though the crowd will be for Sock, the Frenchman is charismatic enough to gain his own support. All in all, Sock is treading on unchartered territory, but I believe that he’s ready to make his move into a first Major quarterfinal. Look for Sock to move on in four sets.

Talk about two guys that like to play to the crowd. Both love the limelight and both will be primed to play their best tennis. This match for me is a pretty simple one actually. If Monfils competes with the maturity that he’s shown this year, then he should move forward in comfortable fashion. If he falls into the trap of hitting one too many trick shots, then he will likely flame out in three or four sets. Monfils does have more firepower than Baghdatis, but Marcos does possess enough guile and renewed determination to win this match. However, I just can’t see Monfils losing this encounter, especially considering his excellent commitment level to the game this season. Look for Gael to progress in four sets.