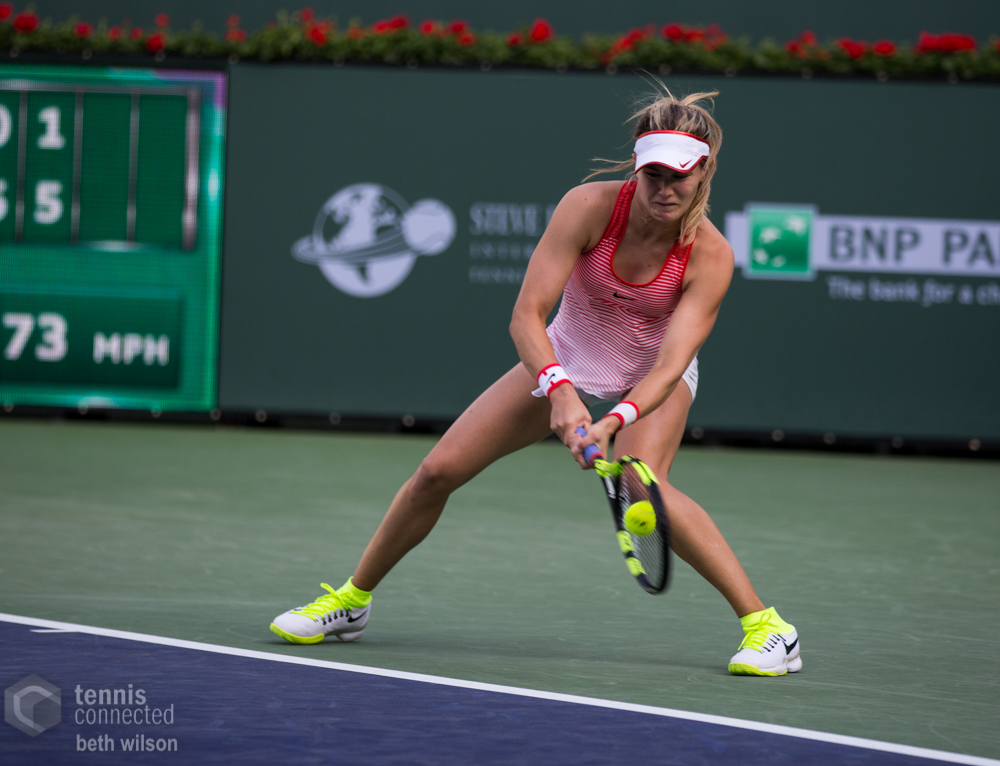 Welcome to Tennis Elbow, the column that looks back on the week that was in the world of tennis. This week, Charles Blouin-Gascon previews the 2016 Rogers Cup.

Welcome to the Rogers Cup, the mini-major tournament in that it combines both men and women, only it does so in two different cities so the end result is kinda moot.

This year exceptionally, the Rogers Cup is held much earlier than is typical, having moved from early-to-mid August to this last week of July in an attempt to accommodate the 2016 Rio Olympics.

Federer withdraws from the Rogers Cup. Not surprising, but disappointing.

So no Roger Federer. And look, no Rafael Nadal or Andy Murray either. Novak Djokovic and Milos Raonic are both still set to compete but in Toronto, no Federer, Nadal or Murray probably means that there won’t be nearly as many tickets sold as there could have been. I’m sorry and I love you as a city, Toronto, but you don’t love tennis; you love icons and stars. In Montreal we may goad our own into hating us and then act all offended once they do, but at least we LOVE tennis.

As we’ve seen above, it’s a quite decimated main draw that will compete for the 2016 Rogers Cup title…but at least Novak Djokovic is there? The Serb is slated to compete in Toronto and will be the main favourite, despite a terrible Wimbledon. With the Olympic tournament a few days after this Masters 1000 event however, Djokovic’s focus will likely be on Rio. And this Rogers Cup won’t nearly have the same preparatory role for the US Open it typically have.

The second section of this main draw may be our favourite, a nice mix of eclectic players, Canadians and others in form. Emerging from this section will be, we believe, Milos Raonic in a repeat of his 2013 Rogers Cup magic, and David Goffin because we dig him quite a bit. The third section theoretically belongs to Kei Nishikori, but the Japanese hasn’t performed all that well on the biggest stages of the 2016 season. In his place will be Frenchman Lucas Pouille, who’s enjoying quite a nice summer, as well as Marin Cilic, who seems to have emerged from hibernation in time for the stretch run. We believe that the final and fourth section of the main draw will unfold according to logic, with Dominic Thiem and Stanislas Wawrinka emerging from the lot.

In Montreal this summer, all eyes will be on Canadian Eugenie Bouchard. The 22-year-old, who started off her career on such high highs, has suffered through a rather terrible 2015 season and followed up with a pretty average season this year. More importantly, she’s no stranger to controversies and just about turned every Montrealer against her with a few choice quotes last week in Washington. (Basically: “To avoid the mayhem in Montreal, maybe I’ll stay here.”)

And when it’s not that, she’s asked to take sides in the Kimye vs Taylor Swift saga. What a life.

Everyone can rest easy now. @geniebouchard has answered the question: Are you Team Taylor or Team Kimye? #citiopen pic.twitter.com/MkTSvpM3EG

Otherwise, this main draw should still be pretty good. The Williams sisters are both slated to compete in Montreal for the second time in a row after missing the Montreal Rogers Cup so many times in the years prior—except that no, they’re not. We believe Madison Keys will emerge unscathed from the second section and, though she will then lose against Garbine Muguruza in the semifinals, she’ll be able to build on this success for the rest of the season. Meanwhile, the third section of the draw is relatively wide open, so let’s pencil in Simona Halep and Kristina Mladenovic in the quarterfinals. Angelique Kerber has been playing excellent tennis and doesn’t need an easy draw to go far in Montreal, but that’s exactly what she was gifted; she could do worse than a quarterfinal berth against veteran Svetlana Kuznetsova.