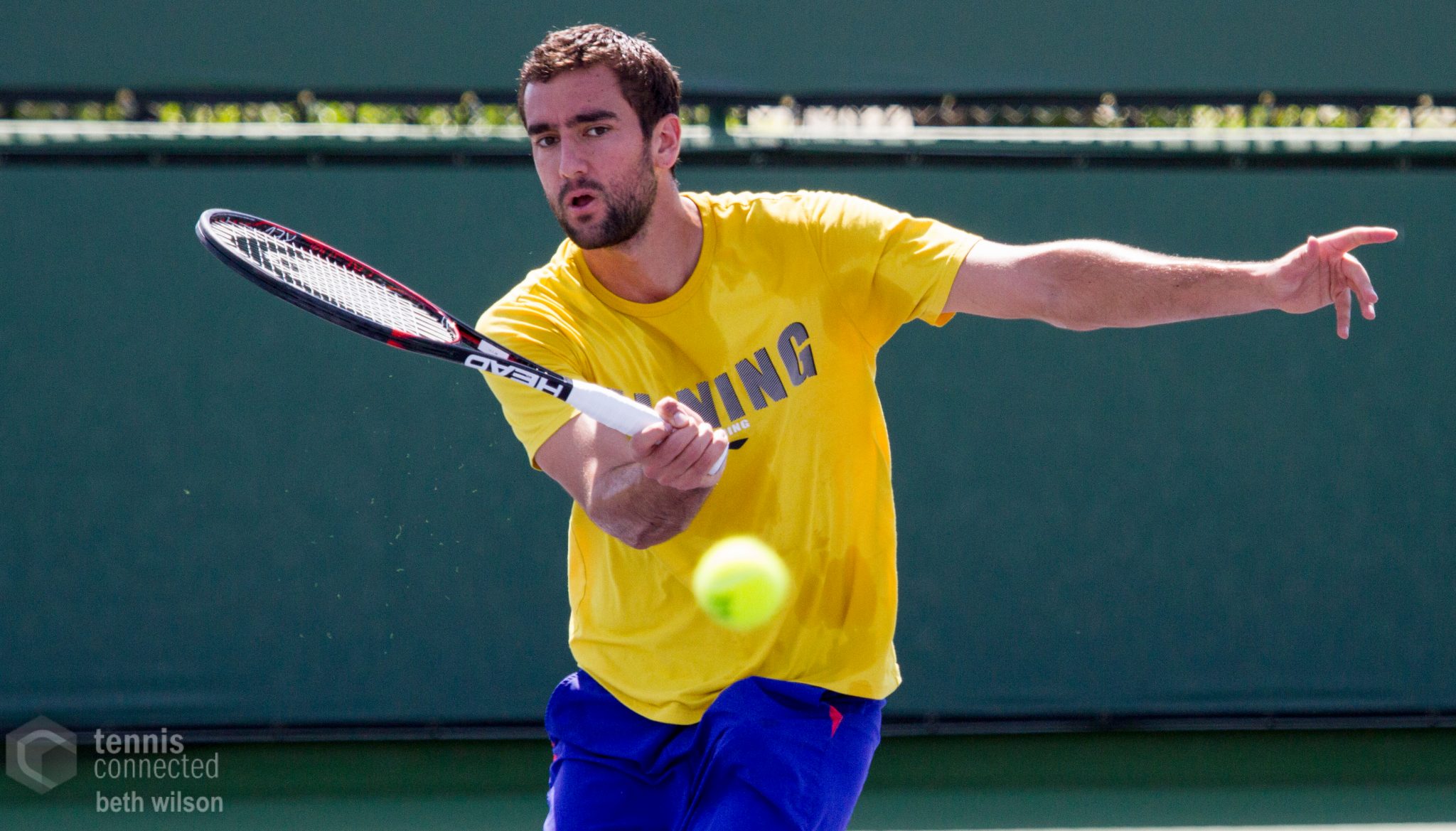 On paper this match looks deceivingly like Roger Federer would be the clear winner, but anyone who witnessed the 2014 US Open semi finals knows that Marin Cilic has the artillery to throw even the greatest of all time off his game.

The Croatian went on to win that Grand slam, and now looks to improve on his Wimbledon campaigns, where his two previous runs were stopped at the Quarter finals. Meanwhile the King of Centre Court is attempting to set all sorts of new records by winning an eighth Wimbledon and eighteenth grand slam.

Playing Roger Federer is like playing an octopus with eight tentacles coming at you all at once. The variety in Federer’s game, his movement on court is unmatched. But the genius will be put to work as he aims to dispose of the supersized Croatian. He’ll have to outsmart his opponent, keeping him off balance with chips and charges, serves and volleys, and the unbelievable unexpected angles that we’ve been spoilt to witness time and time again.

6ft 6″ Cilic will aim to power blast Roger off the court with huge serves and scalding groundstrokes. He may not be one of the best of movers but he carts inly has enough weapons to compensate. Physically imposing, he uses his stature and clean strokes to dictate pace of the match.

Both will try to impose their game on the other, and both will need to do so in order to win. We predict Roger will have to take the first set in order to win, perhaps coming through in a three or four set battle.

The British crowd always garner behind their own players, but the spectators may be unable to resist also cheering for Jo-Wilfried Tsonga despite his position of attempting to dispose of home grown champion, Andy Murray.

Bearing striking physical similarities and charisma to Mohammed Ali, the charming Frenchman quickly become one of the most popular players on tour. But popularity has not produced grand slam silverware, and Tsonga will be looking to change that this year.

The Frenchmen started his career with so much promise but was hampered with so many injuries, resulting in many uneven seasons. He has twelve career titles, but none from the championships. Murray has two grand slams under his belt, the last one being Wimbledon 2013.

Though both big hitters, their games are very different. Tsonga is a shot maker with one of the best serves and biggest forehands on tour. He runs around his back hand to create impossible winners. Though Tsonga has such a promising cracking game, it plateaued early due to gaping caveats which were never addressed. His backhand remains inconsistent and he often blocks his serve returns making it easy for his opponent to counter punch.

Murray is the ultimate slugger, he will patiently see the point through, defending his lines and gradually wearing his opponent down. His arsenal of weapons, tactical strategies, and improved mental toughness are what ensure he is a consistent semi finalist (and finalist) in all grand slams.

It will be a tall ask for Jo to oust the Brit on centre court. He will have to mentally stay in the points and control his unforced errors as he did to get through John Isner. However Andy is too complete a player to allow Tsonga too many opportunities, so the Frenchman will be forced to come up with something very special. We predict Andy to push through in four sets, but if this match goes the distance, there could be an unexpected upset.