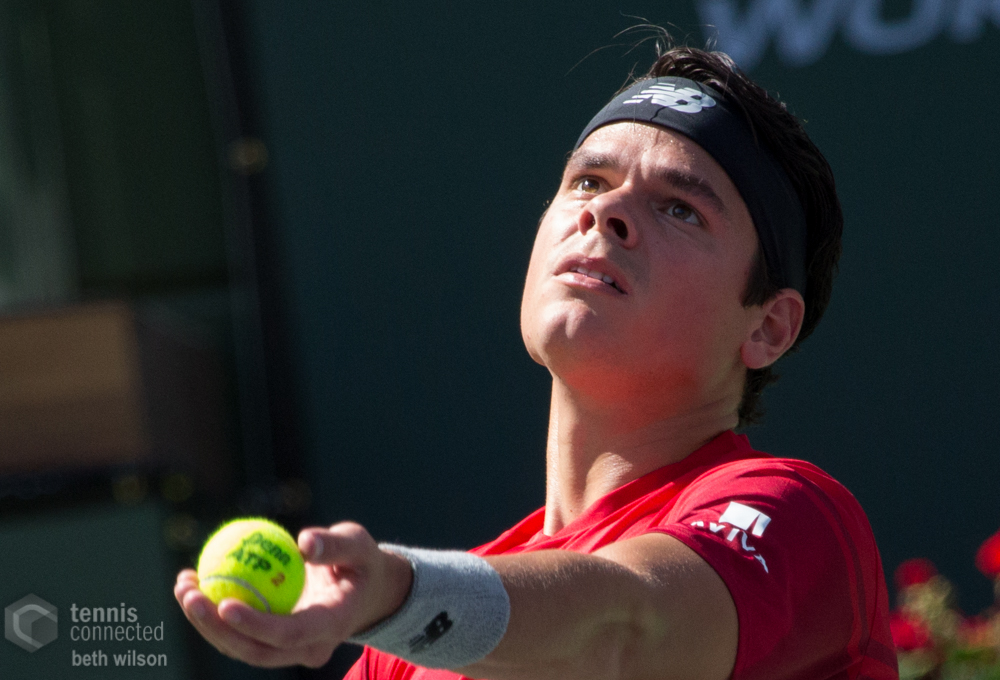 With two of the year’s hottest players not making it past their first rounds, the women’s draw has certainly opened up. Third seed Angelique Kerber crashed out in 3 sets while fifth seed Victoria Azarenka retired from a knee injury. The men’s draw was a mélange of smooth sailing and close calls for top seeds, as Novak Djokovic and Rafa Nadal eased through, while Stan Wawrinka and Andy Murray clung on to fight another day.

The pressure to match last year’s fearless assault on Roland Garros surely must overwhelm. Perhaps the most unpredictable of grand slam champions, Wawrinka seems a player who can just as easily beat or lose to anyone on tour. The defending champion survived a first round scare, defeating Lukas Rosol in five sets, and narrowly escaping notoriety of becoming the first defending champion to lose in the first round. With the tightness and nerves hopefully dispatched, a free-swinging Stan should easily dominate Taro Daniel in tomorrow’s match.

This will be Daniel’s 4th Grand Slam, and his first time reaching the 2nd round. His last outing against a top player, he was quietly dismantled by Murray in Davis Cup straight sets. However, having played most of his ITF-Futures tournaments in Spain, the American-born Japanese prefers clay courts to hard surfaces. With both players favouring the red dirt, Roland Garros makes for an apt first meeting. If Stan is off his rhythm, Daniel may push the Swiss to a close set. But our prediction is Stan in 3.

Another first meeting is Milos Raonic and Adrian Mannarino. Many are anticipating for Raonic to break through this season and win a grand slam. He is a man with the belief. And of course he is the man with that serve. He crept close at this year’s Australian Open, being one of the final four. Though his game is most effective on faster surfaces, he did reach quarter finals at both Monte Carlo and Madrid. But with 8 career titles, he is yet to win one on clay.

Mannarino was runner up for 2 tournaments last year, and has had a career-high ranking of No.27. The Frenchman, a savvy lefthander, has an unorthodox game and can be tough to read. This may throw Raonic off balance at times, but Raonic being the more consistent and focused of the two, should ultimately prevail without too much trouble.

It has already been five years since Caroline Garcia made her unforgettable debut on Philippe Chatrier. Two games away from dismissing Maria Sharapova, the teenager showed an array of exciting talent. Though Garcia is yet to have her breakout season, hopes will be high amongst her fellow countrymen.

Still one of the most fascinating players to watch, Agnieszka Radwanska’s court craft was no match for Jovanovski. The number 2 seed raced through her first round, allowing her opponent only two games.

This match up will be intriguing as each player has entirely different strengths. Garcia hits hard and generates a lot of pace. Radwanska specializes in slices and lobs. Garcia, one of the best servers on the woman’s tour, even has a kick serve. Radwanska’s biddable serve is a weakness. Garcia’s tactics can be mediocre; Radwanska is the magician of point construction. Head to Head is close, with Radwanska leading Garcia 2 to 1. Hard to call. Aga should win, but stretched to 3 sets.