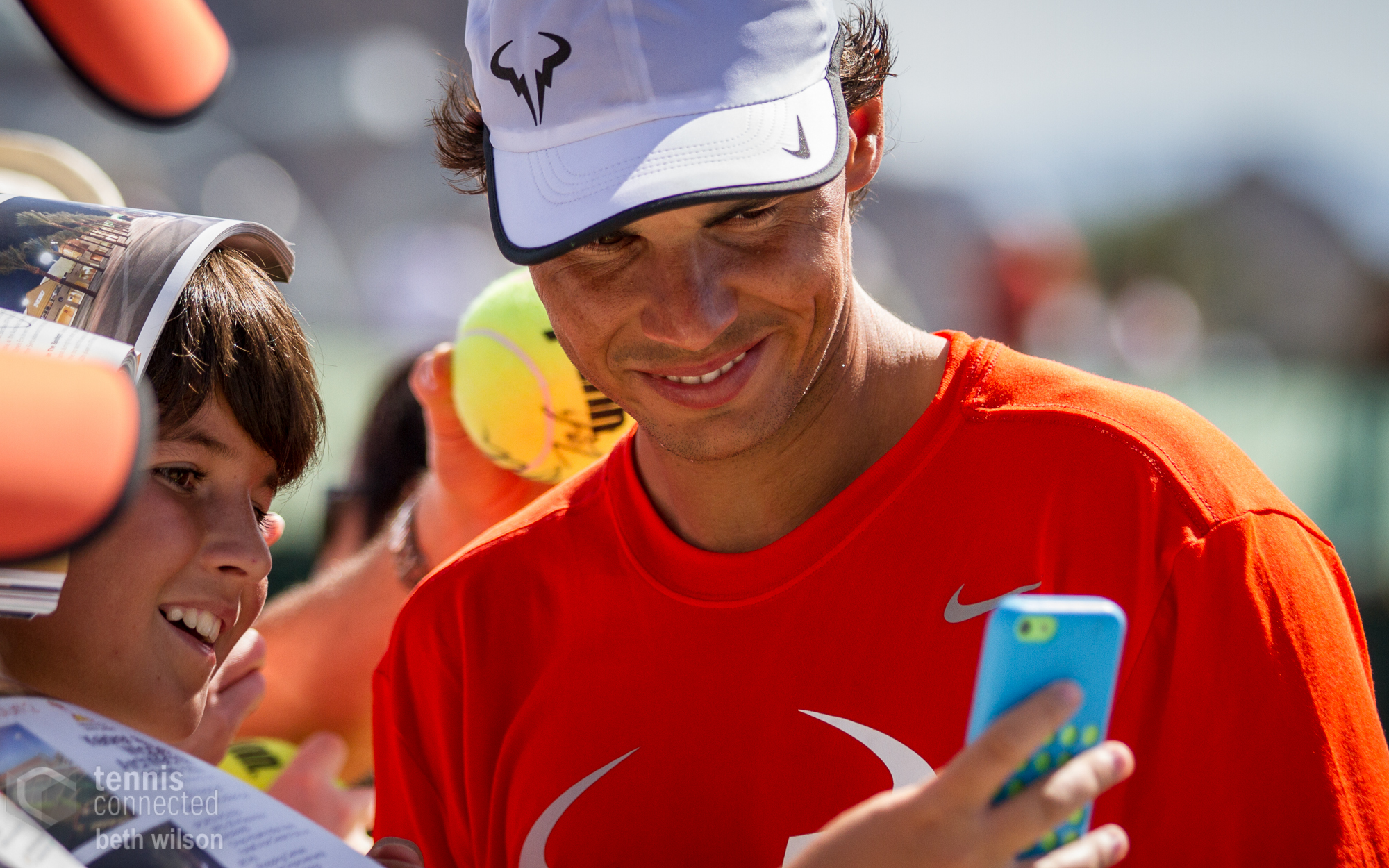 Welcome to Tennis Elbow, the column that looks back on the week that was in the world of tennis. This week, Charles Blouin-Gascon recaps the first weekend of the 2016 French Open.

Already, this edition of Roland Garros profiles as one of the better ones of recent memory—right?

Okay, it sure is too soon to decide anything when there’s a good 14 days of the event remaining, but the first day of this 2016 French Open sure was a memorable one.

Though, really if we’re being honest, the memorable headlines started before Roland Garros even did.

Indeed, on May 19, the Swiss (and people’s champ) Roger Federer withdrew from the event and ended his streak of 65 straight Grand Slam events at which he had competed. “I have been making steady progress with my overall fitness, but I am still not 100 percent and feel I might be taking an unnecessary risk by playing in this event before I am really ready,” Federer said. “The decision was not easy to make, but I took it to ensure I could play the remainder of the season and help to extend the rest of my career. I remain as motivated and excited as ever.”

Just like that, one of the sport’s most impressive streaks was over.

The last Slam Roger Federer missed was first one won by a Williams sister (1999 US Open).

Federer out of French Open, ending streak at 65.

Federer’s (fake) alter ego took to the Twitterverse to ease the pain of his legion of fans, reassuring them that while we may not see him on the court in Paris, he would certainly remain active on the social media platform with the little blue bird: because while you may need good knees to hit tennis balls, you don’t need them for #goodtweeting.

To make the confirmations, I may not be playing at #RolandGarros but I will be doing the tweetings #excited

Still, not all was lost. While the Swiss and foremost tennis player in the world wouldn’t be present, plenty of others would be. And the tennis Gods made sure to heal our wounds a little bit, creating two wonderful, wonderful main draws.

Women in RG, Serena is the fav, but tough draws 4 sure: Rybarikova, then Kris. Pliskova, then Mladenovic, maybe Ivanonic, then Azarenka. Oof

Roland Garros has now started and, well, it seems to have taken a few favourites by surprise. Garbine Muguruza, seeded No. 4 and working on two career French Open quarterfinals, needed all of two hours and 24 minutes to beat Anna Karolina Schmiedlova by the score of 3-6, 6-3 and 6-3.

Boom or bust candidate Stanislas Wawrinka, meanwhile, very nearly busted his way out of the main draw escaped a forceful escape bid from Lukas Rosol and managed to see another day by winning 4-6, 6-1, 3-6, 6-3 and 6-4. Will it propel him to another French Open title?

Wawrinka and Muguruza weren’t the only two either, as a number of big names had more difficulty getting through their opening match than what most had anticipated.

What’s the end result? The end result is that day 3 in Paris promises to be one hell of a ride.

We are done with tennis for today. Lots of excitement around the grounds. We'll have #Djokovic, #SerenaWilliams, #Nadal & #Murray on Day 3!

That’s right, day 3 will feature the opening statements from Novak Djokovic, Serena Williams and Rafael Nadal and, who knows, maybe Andy Murray will manage to stick around beyond the first Tuesday as he and Radek Stepanek complete their first match.

There is probably the most notable of six first-round matches that haven’t been completed on the first day of action; Lucas Pouille and Julien Benneteau, notably, appear locked in a back burner of a match, one that could take still quite a long time to complete. We’ll also keep our eyes on Ekaterina Makarova and Sam Stosur, both of whom need to finish their match and both of whom hope to advance.

And don’t forget that through it all, “Roger Federer” will be tweeting; there’s no better way to spend your Tuesday.