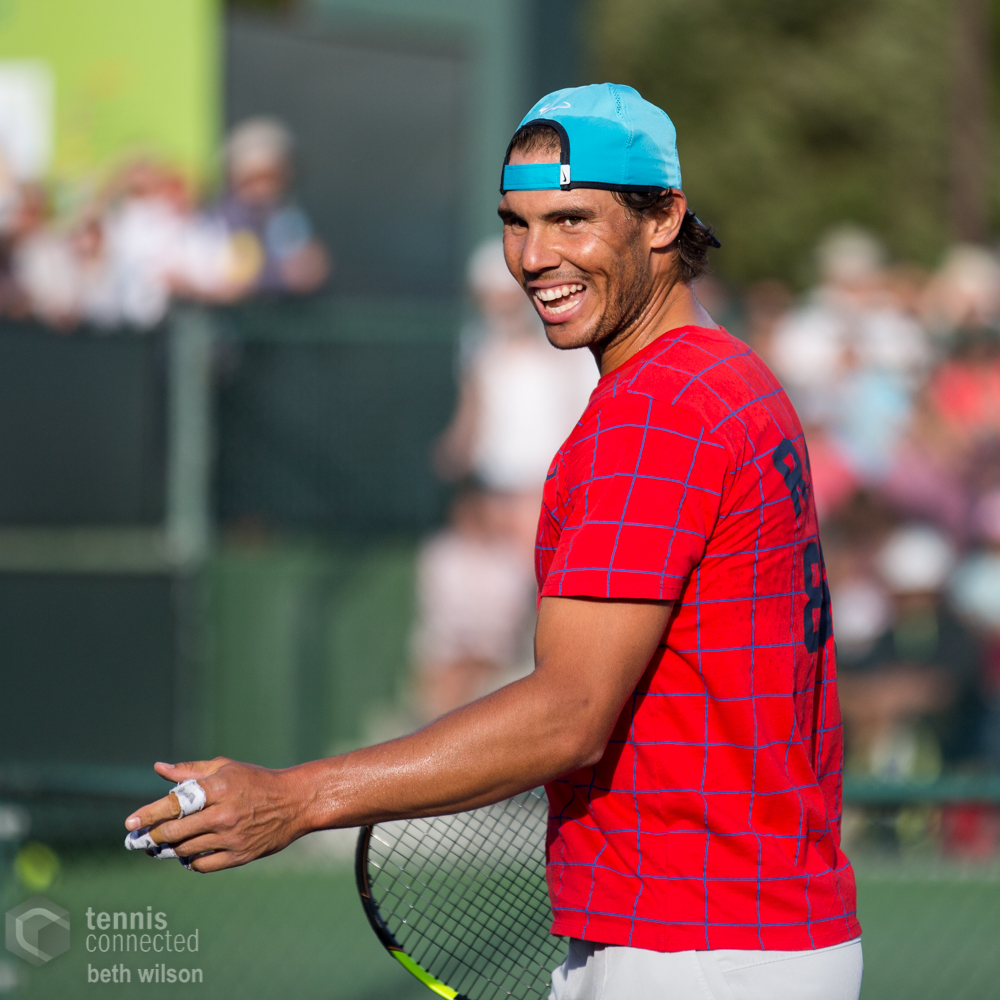 Welcome to Tennis Elbow, the column that looks back on the week that was in the world of tennis. This week, Charles Blouin-Gascon reviews the 2016 Monte-Carlo Rolex Masters.

Is it too late now to say sorry to Rafael Nadal? (You’ll get that song stuck in your head now, I know. Sorry.)

Last week, the Spaniard continued his excellent start to the 2016 this past week, capturing the 2016 Monte-Carlo Rolex Masters title by defeating Gael Monfils 7-5, 5-7 and 6-0 in two hours and 46 minutes. This, of course, marks the ninth time in his career that Nadal emerges from the pack with the crown in the principality. “The victory here confirms that I am better and I am very happy… It’s been a very, very emotional week for me, a very important event,” Nadal said after the win. “Monte-Carlo is one of the most important places in my career without any doubt. To win again here after three years is so special for me.”

The win accomplishes a few things. First, it gives the Spaniard yet another title, one of the Masters 1000 kind. Why is this noteworthy and important? This Masters 1000 title is Nadal’s 28th career; if you remember, we made a big deal of it when Djokovic reached this number only two weeks ago, so we shall mention that in this case it’s a big deal as well. A record is a big deal, even if there’s a tie between two players in first place.

Nadal also became the sixth man in history to reach at least 100 tournament finals, and won his 68th career title. This win also reestablishes Nadal’s standing on the ATP World Tour. What do we mean by that? Despite a rather excellent 2013 season, the Spaniard really hasn’t been up to his former self over the past few years: lest we forget, the 29-year-old very nearly slipped out of the Top 10 only eight months ago.

But now Nadal is back, firmly entrenched in the top 5, looking as dangerous as he has in a long time and seemingly ready to nip at Roger Federer’s heels. What has long contributed to Nadal’s legend was an aura of invincibility: he looked more physical and played more physical than his opponents, yes, but it’s not just that.

For a long time, the myth of Nadal was that he seemed simply unstoppable in a few places. Once upon a time, Monte-Carlo was one of those places. Between 2005 and the 2013 Monte-Carlo Rolex Masters final, Nadal won all 46 matches that he played in Monaco. This period recalls the time when he would almost routinely capture more or less every clay court event on the calendar—including, of course, Roland Garros, and it’s there that this win should be most beneficial in 2016. Indeed, Nadal’s confidence should be as high as it has been in recent time.

If he can recapture past glory in Monaco, why couldn’t he do it in Paris as well, right? Well, right, except that this logic ignores the fact that he may well need to overcome Djokovic if he hopes to add another French Open title to his name. Of late, that rivalry has been quite lopsided, with Djokovic winning the previous six matches and 10 of the previous 11.

Already in 2016, he has lost twice against the Serb. But that comes later. For now, let’s just add another chapter to this story.