Bridging the gap between team sports and tennis

Walking through the doors of the Schüttler Waske Tennis-University and all you hear is a serious silence. This place breads tennis like no other and there’s no time for anything less than giving 100 percent. Co-founded in 2010 by former German Davis Cup players Rainer Schüttler (formerly ranked No. 5 in the world and 2003 Australian Open finalist) and Alexander Waske (ranked as high as No. 89 in singles and No. 16 in doubles), the Tennis-University is a place where players go to reach their maximum potential but also gain valuable assets for character development throughout life. 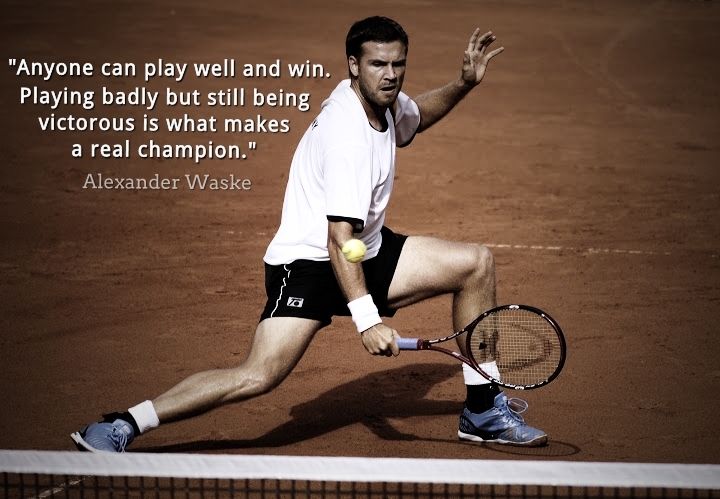 Spending two days at the Tennis-University in late November, my initial intrigue toward the visit was created through their excellent on court training videos that popped up on various social media platforms. Being a coach for 19 years, I’ve visited numerous academies around the world, but I could tell right off the bat that the Tennis-University had something different to offer.

After meeting with Co-founder Waske, Head Tennis Coach Jakub Zahlava and Head of Marketing Benedikt Stronk, it was evident that the staff at the Tennis-University had all been carefully chosen with a longterm outlook of success in mind. The Tennis-University team work with the common bond of passion for the game and providing the maximum output for their players. However, I was warned of one crucial point before we moved on to an in-depth look into the philosophy of the company: To never look at the Tennis-University as a traditional “academy”. There’s a reason why they termed it a University.

Boasting a year-round training facility just outside of Frankfurt in Offenbach, Germany, the Tennis-University features indoor hard-court training in the Fall and Winter months, followed by a glorious red clay court environment during the Spring and Summer. Add to the mix a track and field for endurance work to be achieved, a gym for muscles and flexibility to be exhausted, and class rooms for students to engage their minds on daily basis, and The Tennis-University truly encapsulates the perfect blend of what a high-end tennis centre needs to be successful.

With that said, aside from the blistering forehands that were been seen on court or the pool of sweat that was left in the gym after famed trainer Christian Rauscher finished putting his clients through their paces, it was the overall team-building dynamic that separated the Tennis-University from its competition.

Events such as the Christmas Battle that took place during the holidays, saw teams formed from touring players (Petzschner participated this past December) as well as full-time students and staff. Teams participated in building exercises from a modified on court hockey game, followed by a trivia challenge and finally an obstacle course. The Tennis-University prides itself on these specific team-building exercises to create a productive and positive atmosphere that will ultimately keep players engaged longer in the sport and have them playing for a lifetime. 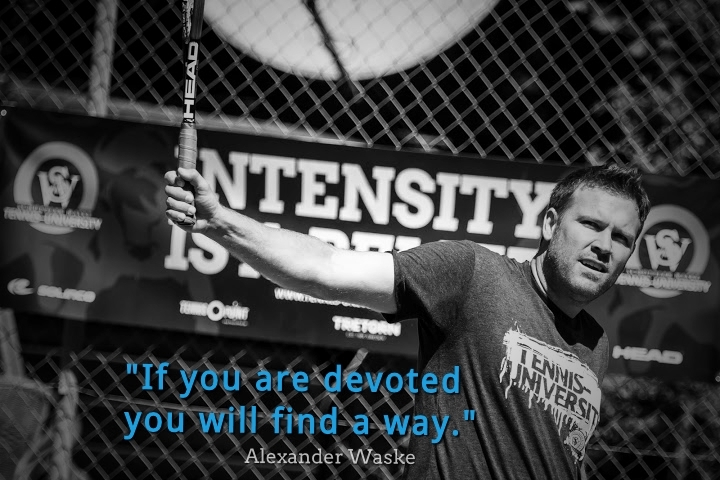 Throughout my own experiences in the coaching world, I’ve always felt that tennis has played catch-up when trying to compete with team sports such as football, basketball, hockey and baseball. It makes sense in the way that kids in general want to be part of a “team” setting and not be alone with a coach grinding away week-in and week-out. The comradery and memories that can be obtained throughout the dynamic of a team sport, simply can not be duplicated between the lines of a tennis court. For that reason, tennis has historically suffered in terms of its appeal to youngsters and parents who want their children to have the full experience of character and athletic growth.

Keeping these notions and stereotypes in mind, the Tennis-University has uniquely built a model that supports a need for character growth on a daily basis. Even though the meat and potatoes of their training regiment focusses on a two player to one coach ratio on court, there is more than enough time set aside to allow players and coaches to interact and feel that they are working toward a common and not singular goal. Throughout many years of experience, analysis and evaluation of their athletes, the Tennis-University coaches have found the right balance between on court and off court training, which has unquestionably become the trademark moto of the company and what has taken them out of the traditional academy mold.

To conclude, tennis certainly does have some ground to cover as it attempts to challenge the popularity of sport giants such as football, basketball and hockey. But when looking at the track record that the Tennis-University has achieved since its inception in 2010, not only is the game of tennis in a much better place, but so to is the landscape of how tennis development should be as we look to build a great foundation for youngsters playing this great game for a lifetime. Most importantly, we are looking to build great people.

Nima Naderi is the Editor in Chief of TennisConnected.com. He is also an award winning coach and a PTR Professional rated coach in four categories with over 19 years of coaching experience. You can listen weekly to Nima on the No. 1 rated tennis PodCast on iTunes for @TennisConnected.