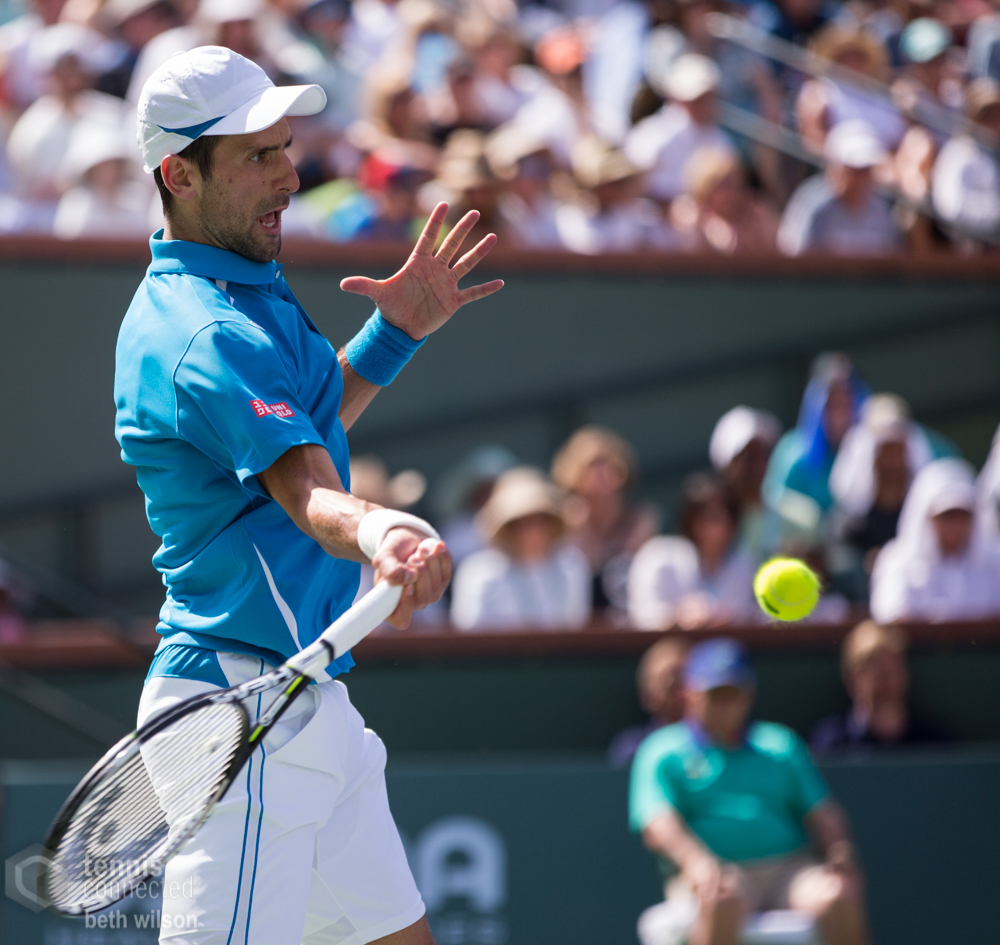 Welcome to Tennis Elbow, the column that looks back on the week that was in the world of tennis. This week, Charles Blouin-Gascon recaps the 2016 Miami Open on the men’s side.

No one’s ever going to take this from him.

In winning his sixth career title at the Miami Open (thereby equaling Andre Agassi’s record) over Kei Nishikori by the score of 6-3 and 6-3, Novak Djokovic won all 12 sets he played at the tournament this year. “I have a very special connection to this tournament,” Djokovic said after his win. “In 2007 it was the biggest title I had won in my career. It has been a springboard for everything coming after that. I certainly hope that the love affair continues in the years to come.”

The years to come will come later—because the present time is damn good already: Djokovic’s sixth title in Key Biscayne was also his 28th career Masters 1000 title, which is a record in the Open era.

That’s right. The man who’s had to withstand the prime of Roger Federer and Rafael Nadal, two of the five players in history, before ascending to the throne, this man has now stepped into his own. “As I go along, and as I have achieved so much success in the last two years, I give myself more opportunities to make records,” Djokovic said. “So [the singles title record] is in the back of my mind somewhere. But I don’t give myself that as main motivation. Because then things can go a little out of control. It can create a distraction that I don’t need.”

The Serb may never get enough credit for being, as Peter Bodo says, master of the Masters—but he really should.

This 2016 season marks the third in a row where he’s managed the Indian Wells and Miami double. If his streak that means something of 17 straight tournament finals is over, he’s got another one going right now: 11 straight Masters 1000 finals, which started in the fall 2014 and which is equally ridiculous. Over that span, Djokovic has managed a 55-2 record, which, you know isn’t too shabby considering that these tournaments are played against the alleged best players in the world.

But of course, “best players” really doesn’t mean much when they have to go up against the Djoker.

"Is there anyone within one level of @DjokerNole right now on the #ATPWorldTour?" @ParsaSamii on the recent TennisConnected #PodCast.

Djokovic has amassed his 28 titles at eight of the Masters 1000’s (i.e. with the Western & Southern Open in Cincinnati having eluded him to this day) and, considering how he’s playing and how Federer and Nadal are, this record may be his to keep for quite a while.

Why is it a big deal? Consider that behind Djokovic’s 28, Nadal’s 27 and Federer’s 24, Andy Murray is next on the list of current players with most Masters wins, with 11. After him? Well, good luck. Stanislas Wawrinka, Tomas Berdych and David Ferrer—you know, fairly decent players—each have only one Masters 1000 to their name. Meanwhile, the next one that Marin Cilic, Nishikori and Richard Gasquet win will be the first of their career.

How well have previous champions fared? Ivan Lendl has 22 titles, John McEnroe has 19 and Jimmy Connors has 17. Tied with him is Andre Agassi, followed by Boris Becker with 13 and Pete Sampras with 11. Not one player in that group will ever catch the Serb.

So winning a Masters 1000? Quite a big deal because not every does it (often).

Despite all this, and being quite the clear best player on the ATP World Tour at the moment (and having been so for a good three-four-five years if we’re honest), Djokovic is behind Federer and Nadal for Grand Slam titles. And, ultimately, that’s what matters. In tennis, it’s not “How good were you and how much did you win?”; it’s “How many Grand Slam titles did you win?”

Also important? Djokovic has become the all-time leader in career prize money won after his win in Miami, ahead of Federer. It pays to be this good!