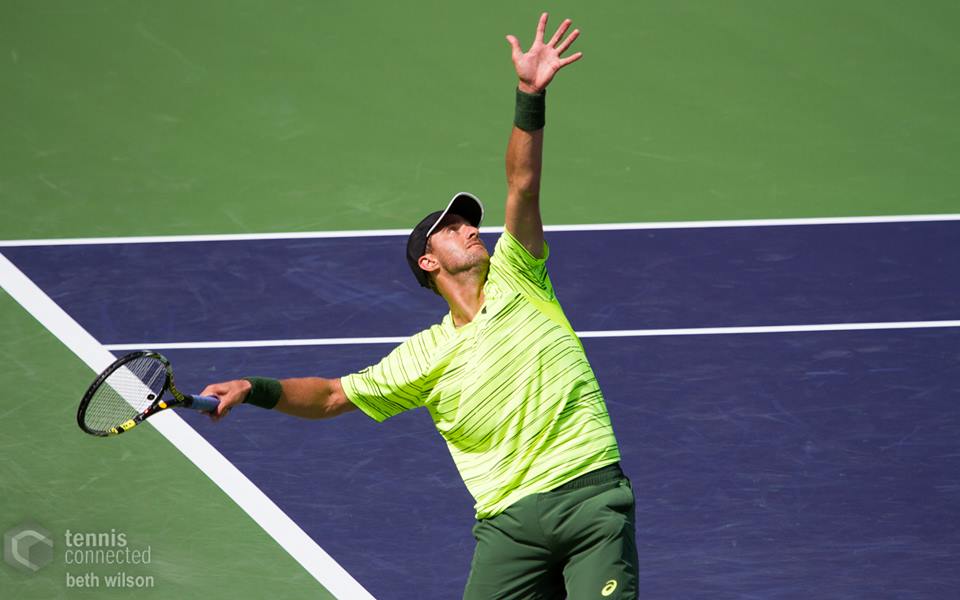 Coming off of a banner year where he achieved an ATP World Tour ranking of No. 31, American Steve Johnson is adamant on taking the next step in his career during the 2016 season. Remaining one of the hardest workers on Tour, while possessing one of the biggest serve and forehand combinations on the circuit, Johnson’s tenacity and perspective toward the sport remain inspiring to his up-and-coming peers.

In the interview below, Johnson discusses the keys to his ever evolving game and what he’ll need to improve on to take the plunge into the world’s top 20.

1. What would you determine as the key ingredient to your overall success in 2015 as it pertains to your career high ranking and singles record?

This year (2015) was my third year on Tour, so I feel like I learned a lot from the first two years. I would say gaining valuable tour experience was the biggest ingredient.

2. How important was it for you to make your first ATP World Tour final in Vienna?

Vienna was a great week as it was a 500-level tournament and it was really big for me to make the final. I was close to taking the title, and the experience I gained in the final will give me confidence in the future.

3. You’ve made considerable improvements to your backhand in the past 18 months. Was it more of a technical approach you made to the stroke or a mental one?

I am always trying to improve and I think it was both a technical and mental (approach). With that being said, I need to also make sure that I keep my weapons at the forefront of my game.

Just to be more consistent week-in and week-out. I know I am capable of beating the top players so I just need to focus on consistency.

5. How many hours of training do you typically put in during the off-season as opposed to the regular season?

It depends but typically I’ll be on the court for two to three hours and in the gym I’m doing weights and fitness for another one and a half hours per day.

6. What is your best on court memory that you will take away from 2015?

Reaching the finals of Vienna, and also my Davis Cup experience.

7. Who would you rate as the most promising up-and-coming American player?

There are some really good young ones coming up. Reilly Opelka, Taylor Fritz, Tommy Paul and some others as well. All those guys have a lot of promise, they just need to continue working hard.

8. Finally, what would you consider your favourite court to play on in the world and why?

The US Open, which is our home slam and because there’s nothing like it. I also had a few good years on the courts at the University of Southern California. Some great memories there as well.