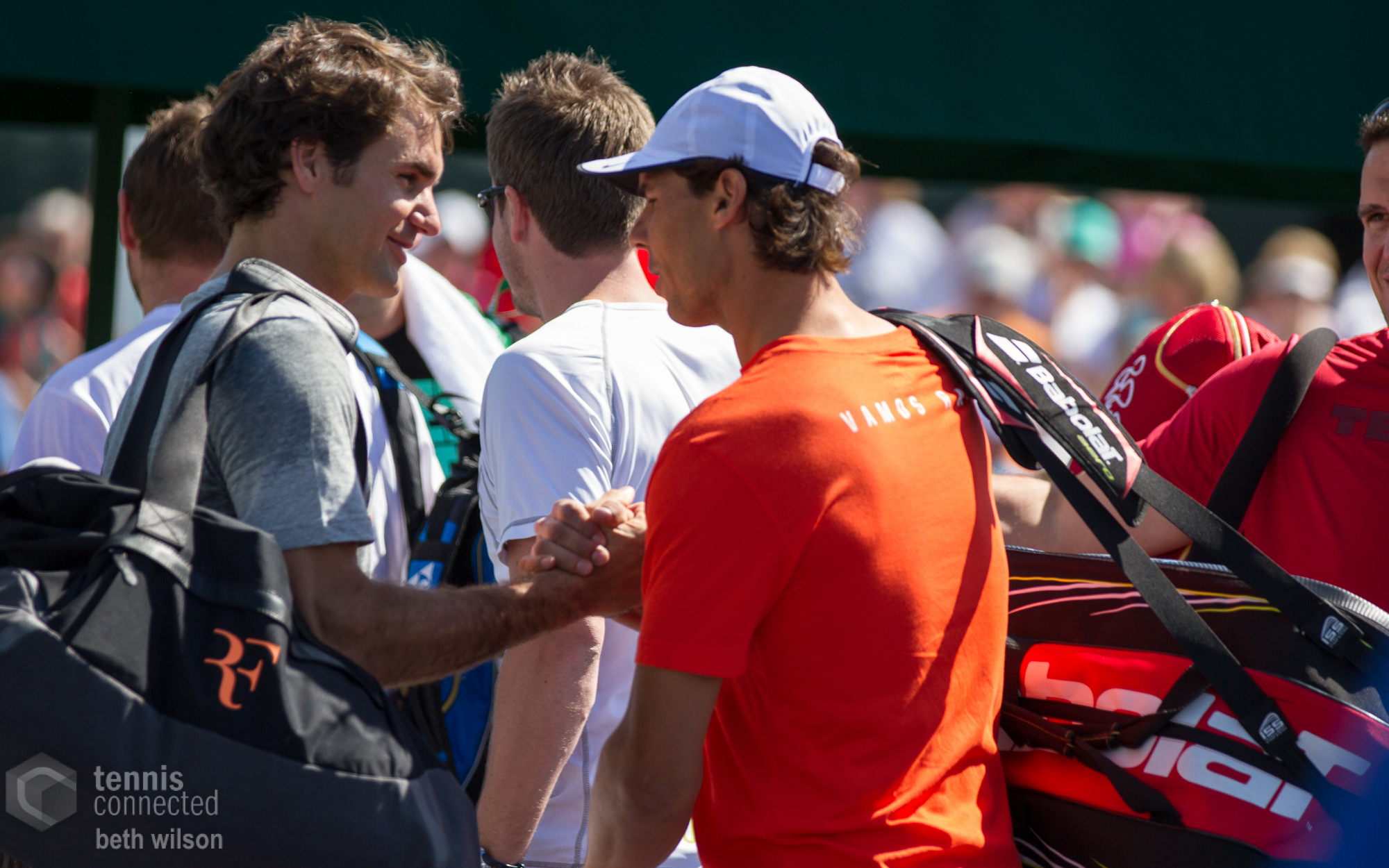 In a year which was ruled by undisputed world No. 1 Novak Djokovic, the prospects of the Serb dominating once again in 2016 appear to be all but certain. With Djokovic winning three Majors, six Masters 1000’s and breaking the $20 million dollar mark in prize money, it’s pretty easy to determine that Novak has a long way to fall if he is to finish anything other than No. 1 at the end of 2016. However, anything can happen in sport and that’s why we’re here.

I’m confident that tennis fans would like to see a more competitive ATP World Tour without the complete strangle hold by one player like Serena Williams has done to the WTA, but that surely isn’t Djokovic or Serena’s fault. Simply put: the rest of the players need to step up.

With that said, who can we look to when trying to determine the remainder of the top 10 in correct order? Will Andy Murray build on his confidence from capturing his first Davis Cup title? Does Roger Federer have an elusive 18th Grand Slam left in him (remember he hasn’t won a major since Wimbledon 2012)? How about Rafa Nadal? We know the Spaniard wants to win the greatest titles the sport has to offer, but does he physically still have the strength and agility to push the likes of Djokovic deep in a Major? Finally, there’s also the crop after the next crop to look at. We have to a certain extent leapfrogged the Milos Raonic, Grigor Dimitrov and Kei Nishikori group, and looked for new heroes in Nick Kyrgios, Borna Coric and Alexander Zverev to come forward.

All in all, predicting the future is never an easy task but becomes simpler with time as it’s more about forecasting than the actual right answer. To see how I made out for the 2015 Projected Year-End Rankings, click here.

1. Novak Djokovic: With 16,585 points to his name as of this moment, it’s going to take a Mount Everest type of fall for Nole not to finish No. 1 in 2016. It’s easy to go out on a limb and suggest that he won’t have as good of year as he did in 2015, but that’s not a long shot considering that he won nearly everything this season. When you look at Djokovic you see another Aussie Open victory for him next month and a great Spring in Indian Wells and Miami. The clay in France still remains his crutch and I don’t believe he’ll win the French Open next year. However, because he’s so clutch post US Open, it will be tough to catch him even if it gets close.

2. Andy Murray: The Brit’s success in 2016 will hinge on his health. Will his back stand up to another 11 months of gruelling action around the world, while he still tries to figure out how to beat Djokovic and Roger Federer on a regular basis? For me, Murray still has three to four good years left in him and his defensive ability alone is ridiculous enough to keep him in the top five for the foreseeable future.

3. Rafa Nadal: The script is set for another Nadal comeback. He struggled with injury; he fought back but wasn’t successful; he still hasn’t given up. Throw all those variables into a determined pot of Spanish stew and it becomes a winning formula. Nadal’s best days are clearly behind him as he inches closer to 30, but that doesn’t mean he still doesn’t have what it takes to win some big titles. You can sense that he really wants to peak at Roland Garros next year and that is exactly what he’ll likely do.

4. Roger Federer: Still proving all the naysayers wrong by putting in quality results into his 30’s, Federer will undoubtedly remain a factor on Tour in ’16. With his back in good form and his legs as strong as ever, Roger should claim between four to five titles next year but he’ll likely struggle in the latter stages of Majors against his younger rivals. It’s important to add in here that with an Olympic Year on deck, Federer’s summer circuit will surely be compromised in terms of quality. Federer is defending Cincinnati but one thinks that he won’t play Toronto, Rio and Cincy leading into the US Open. Bottom line: We love having Federer around and he’s more than welcome to stay on Tour for as long as he sees fit.

5. Stan Wawrinka: Possessing the biggest forehand, backhand and serve combination in the game, Wawrinka could finish higher in the rankings if not for his lack of consistency. Respectfully admitting that he felt “empty” after winning the French Open in June, Wawrinka still has a few good years left in his diesel engine. I don’t think he defends his RG crown, but I could see him becoming a serious contender at the US Open to round out the year.

6. Kei Nishikori: Kei is a tricky player to figure out. When on, he can beat anyone in the world. However, as history continues to show, he is simply an injury prone player. In today’s game, if you can’t stay healthy throughout the course of the year, the chances of finishing in the top five are next to zero. Still, Nishikori is a heck of player and a great ambassador for the sport.

7. Milos Raonic: Finishing No. 14 in 2015 won’t sit well with Raonic. He simply has too much game to not be ranked in the top 10. If the skyscraper Canadian can stay healthy, he could surely finish in the top eight. That said, he still has holes in his return game and movement that will prevent him from hoisting the titles he’s chasing.

8. Tomas Berdych: Finding his niche on Tour as consistent big hitter has served Tomas well. He’s made changes to his game, team and personal life but he’s still a perennial quarterfinal to semifinal kind of player. There’s really nothing wrong with that lifestyle and I bet there are thousands of players in the world that would sign up to take his place in a second. For my liking, Berdych possesses too shaky of a forehand when it counts to stand alone at the end of a fortnight.

9. David Ferrer: Year after year we claim that Ferrer is in decline and year after year he continues to finish top 10 with multiple titles. His experience and fight are unparalled on Tour but a recent elbow injury will surely slow him down a touch in 2016. Nevertheless, Ferrer still has a good enough game to win a hand full of 250 and 500 level events in the coming 12 months. 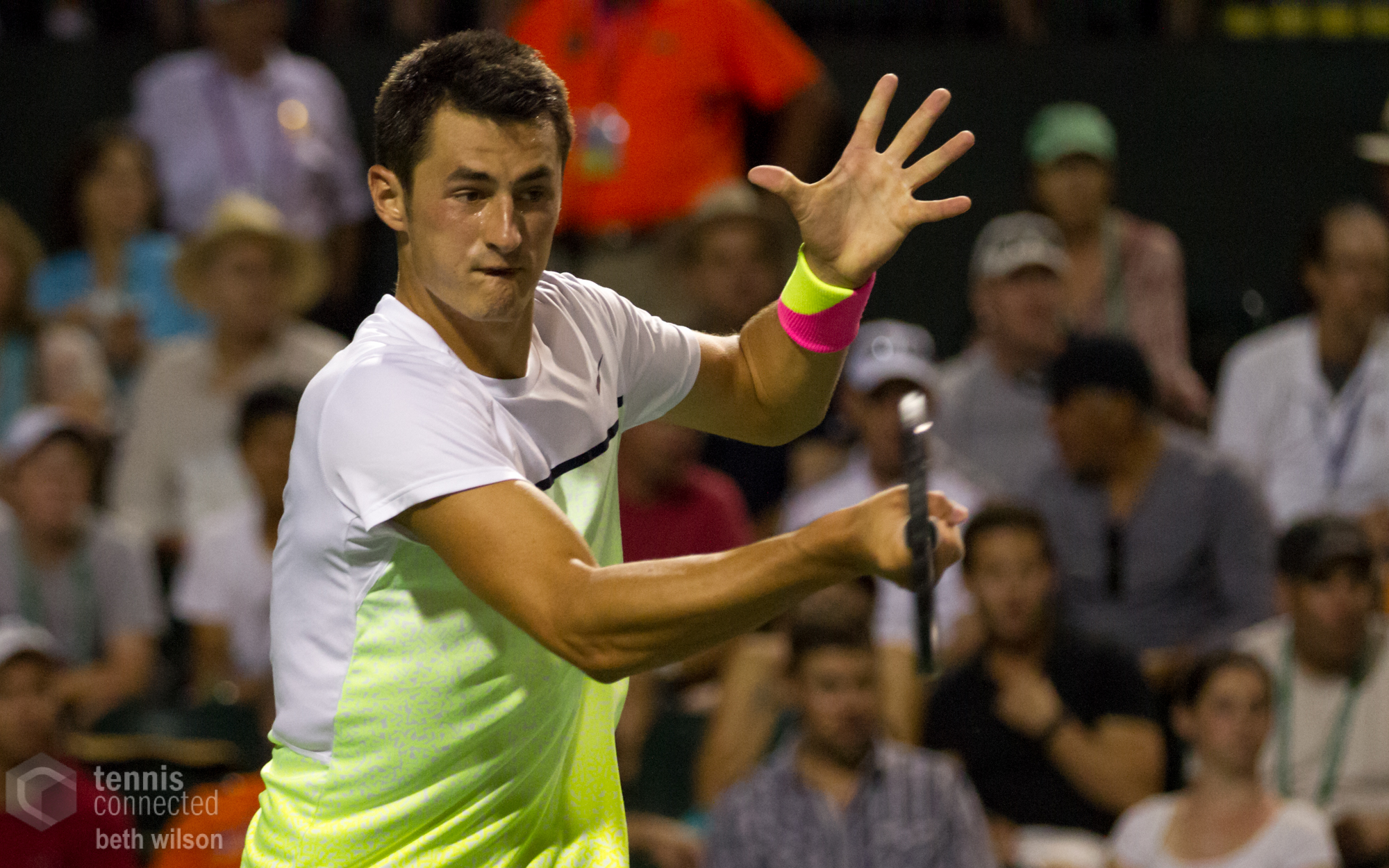 10. Bernard Tomic: How about a little bit of “Weekend at Bernies” action in the top 10? Tomic’s eclectic game did pick up steam to round out 2015 by finishing at No. 18. Still only 23, Tomic’s court craft and improved fitness are welcoming signs for the Aussie as he climbs the rankings. If he can stay out of trouble and improve his relatively poor movement, Tomic holds the goods for a top 10 finish.

Borna Coric: Born to play this game, Coric’s stock continues to rise. At 19 he’s the youngest player in the top 50.

Hyeon Chung: Maybe the best player you’ve never heard of, this 19-year-old finished No. 51 this year. Winning four Challenger titles and soaking in the experience of being a pro player, Chung has more than a few hitches in his game but that’s what makes him affective.

Thanasi Kokkinakis: I still like what I’m seeing from Thanasi in terms of his mindset. He seems to steer away from controversy and just likes to play the game and improve. He’s got a ton of fire power and moves great for a player of his size. It would be surprising to see him not finish in the top 30 in 2016.

Taylor Fritz: While the US market is in desperate need of a young ATP star, Fritz is quietly making his move toward the top 100. Capturing two Challenger titles to end off the season, Fritz’s game reminds me of a hybrid between Raonic, Sam Querrey and Taylor Dent. The trend there is clearly power and Fritz has a lot of that at his disposal.

Do you agree or disagree with my picks? Tell me your projected top 10 year-end rankings for 2016 below. You can also follow me on Twitter @TennisConnected.

Nima Naderi is the Editor in Chief of TennisConnected.com. He is also an award winning coach with the PTR. Nima is a PTR Professional rated coach in four categories and has over 18 years of coaching experience.