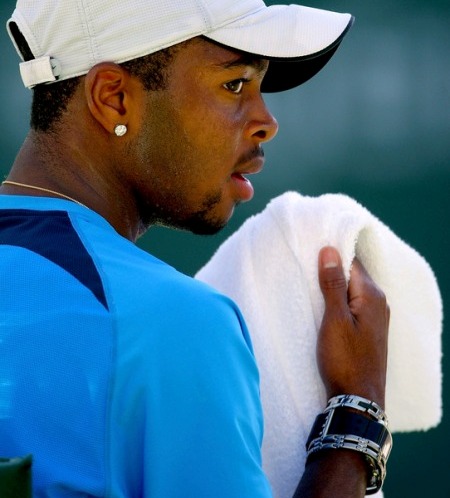 Welcome to Tennis Elbow, the column that looks back on the week that was in the world of tennis. This week, Charles Blouin-Gascon recaps Donald Young’s wild first week at the US Open.

So, Donald Young? It turns out that the man can play tennis.

Oh, we already knew this, yes—we’ve known for a long time, as a matter of fact.

It’s the story you’ve already heard a few times: Donald Young, 26, was for some time in 2005 the best juniors player in the world. He earned the distinction after winning the Australian Open junior title in 2005 at age 15 and, at the end of that season, he was the youngest ever year-end No. 1 juniors player in the world. There’s also a Wimbledon boys’ title that he won in 2007, but you get the picture.

All of which is to say that Young was a stud who seemed destined for greatness before long, the latest in a long line of excellent American singles champions on the ATP World Tour.

Well, Young is now 26, yes, but the greatness really hasn’t followed him anywhere. He has followed up a stellar stint on the ITF circuit, where he had a 113-32 career record, by jumping to the pros; he has so far lost 128 times compared to 74 wins. Young is ranked No. 68 with a career-high of No. 38 and his next title on Tour will be the first of his career.

He’s an average pro, which is already much better than us mere mortals, and as a result expectations for the American have been tempered. (Though you still see the occasional ridiculous headline or post.)

But greatness comes in many forms, and maybe Young has found the well with the golden ticket this past week.

It’s the US Open, Young’s home Slam, and the man has already equalled the greatest Grand Slam performance of his career by reaching the fourth round, and the second week, of the year’s final major.

He’s taken the scenic route to get there, sure, but whatever: in the first round, he spotted Gilles Simon a two-set lead only to come back and win the match. Next came Aldjaz Bedene, for whom Young felt less charitable in beating in four sets after losing only the first one.

Young’s greatest act came in the third round against 22nd-seed Viktor Troicki: the Serb won the first two sets too, including an 0-6 bagel—but tragedy only makes the triumph that much sweeter, or something. And so, Young’s string of dramatic comebacks continued, as he rallied for the win.

Up next is a date with fifth-seeded Stanislas Wawrinka, who will be heavily favoured against the American but Young likely doesn’t care. He’s found greatness.