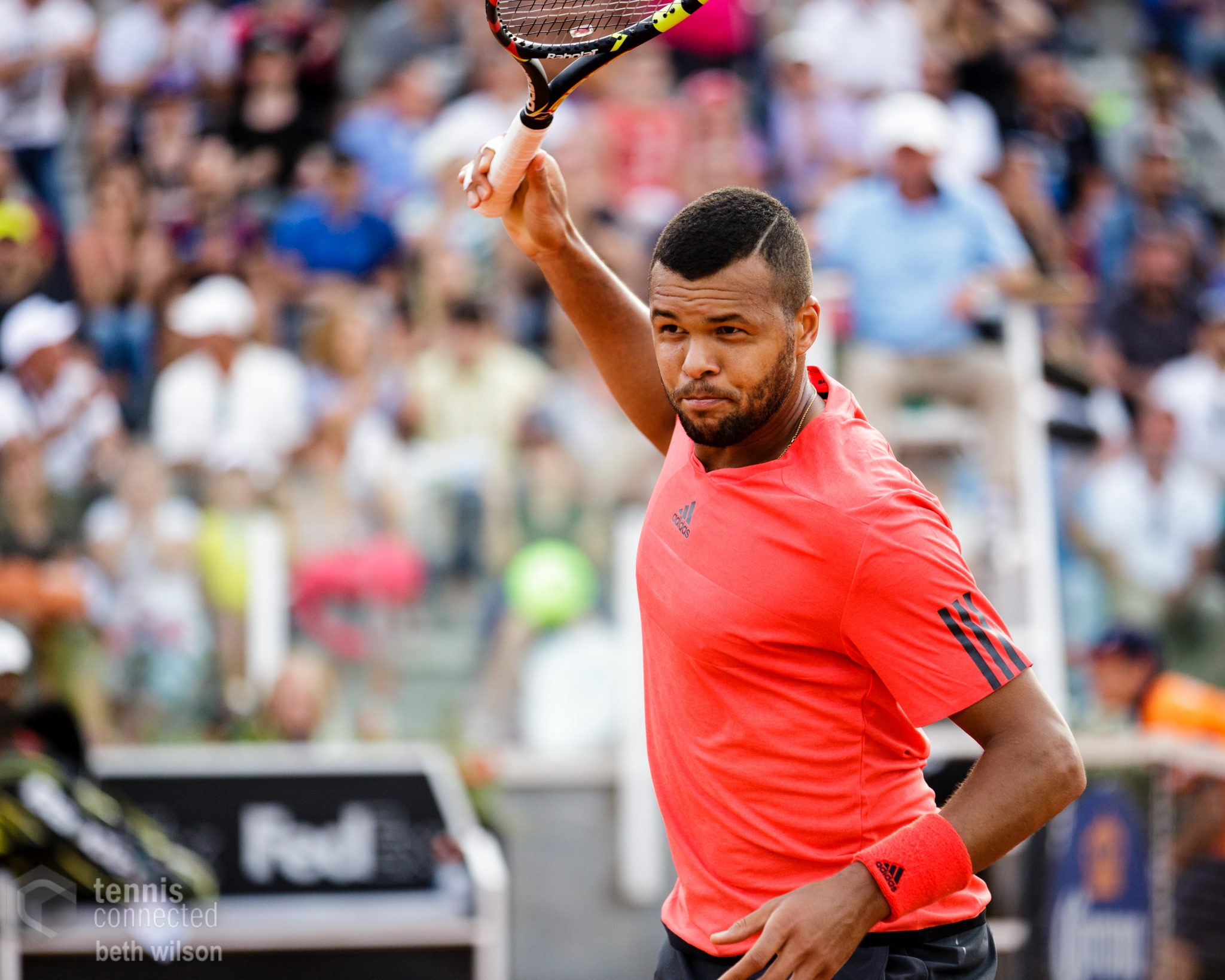 All week, I’ll be at Stade Uniprix and will update readers on the latest happenings at the Rogers Cup in the evenings.

On the evening of the first day, the cousins had Uniprix Stadium all to themselves.

The cliché goes that Quebecois are France’s long-lost cousins, and vice-versa, because they really kind of are actually, and this held true on August 10 when Frenchmen Gael Monfils and Jo-Wilfried Tsonga were the two main events on Centre Court.

A mere six hours after walking down Sainte Catherine Street in downtown Montreal (I know, because I saw him), Monfils was dominant against Fabio Fognini, winning in 63 minutes by the final score of 6-3 and 6-1. After the match, he explained that since arriving in town on August 6 he had worked on his precision and getting reacquainted with the hard courts of Montreal: this is Monfils’s first visit in the city since 2011 and the speed at which the courts play has surprised him.

Evidently, this was time well spent.

The beginning of the match hinted at perhaps a classic, long and spirited fight between the two veterans, but too many unforced errors spelled doom for the Italian. “He was annoyed with the break points (at the end of the first set),” Monfils said of Fognini, “I was able to stay solid.”

In the post-match interview, the 28-year-old reflected on how he’s matured as he’s aged. “I feel much better, [more] aware of what I have to do,” he said. “I understand much better the way I need to play.”

On the first day of the Rogers Cup, Monfils quickly understood that one way to do this was to let his opponent beat himself—because that’s another way to win a match. The Frenchman did enough to ensure that he stayed ahead in the match and he let Fognini miss shot after shot after shot and he obliged.

It was a mere act of presence for Fognini, and Monfils will move on to face Gilles Muller, an opponent he’s never faced before in his career, whether in the juniors or on the ATP World Tour.

In the evening’s second act, Jo-Wilfriend Tsonga moved on to the second round with a win over Borna Coric in a wildly entertaining match, or maybe it was Coric who beat Tsonga, because who knows with all this rain?

Indeed, the rain stole the show, as it always does seemingly at least once at every single edition of the Rogers Cup (here is last year), and Tsonga and Boric couldn’t finish their match. Play was halted after 14 minutes with Coric set to serve down 1-2 in the first set at 8:44 p.m. local time, and the cleaning crew was on Centre Court at 9:08 p.m., and the players stepped on the court at 9:48 p.m., warmed up and then play resumed at—

Nope, kidding! It rained just as Coric and Tsonga were set to warm up again and play was halted for good at 9:57 p.m. for the evening, and the pair will resume their match the next day. Whatever, welcome to Montreal, where rain is the third wheel to death and taxes, etc. etc.

The typical reaction, during these hard times, is to say that it’s okay. That tomorrow will be better because you think that it can’t possibly get worse. Oh but it does. Because life sucks and is deeply unfair and we can’t ever have nice things, the forecast for August 11 calls for at least 70 per cent chance of rain until 6 p.m.

Go to hell, rain. Give us more tennis.