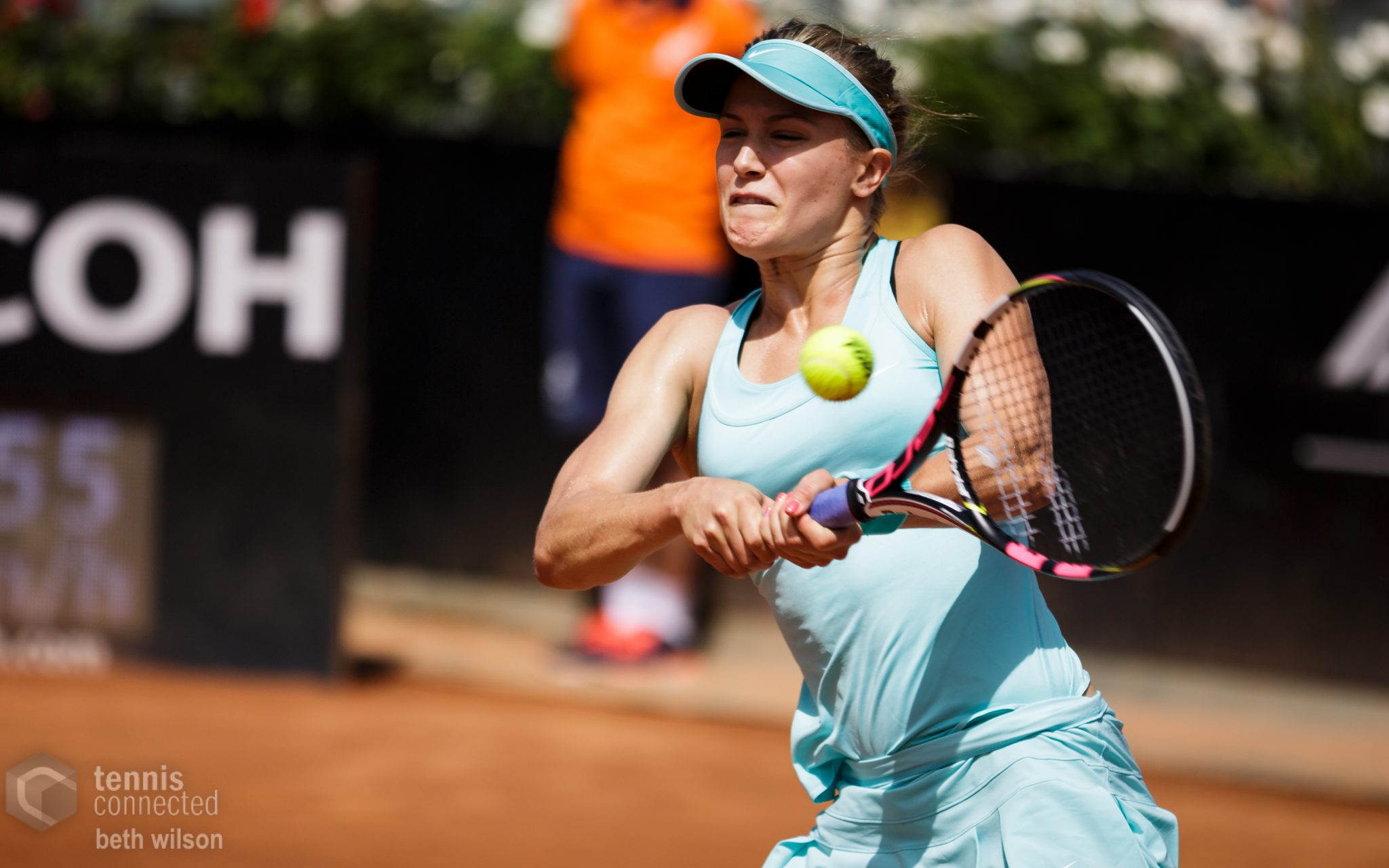 Welcome to Tennis Elbow, the column that looks back on the week that was in the world of tennis. This week, Charles Blouin-previews the 2015 Rogers Cup.

You’ll say that you’ve heard/read this before and you’d be right.

Yes, you have heard this before, notably in this very space just a month ago after the first week at Wimbledon. You see, the 2015 tennis season hasn’t been kind to Canadian tennis. Not at all.

As the tennis world arrives in Toronto and Montreal for what should be a memorable and fun 2015 edition of the Rogers Cup, our tennis here in Canada has turned into somewhat of a damp squib. Yep. The expectations have been raised in such a way that we keep failing and failing to meet them so far this year.

A year ago at this time, everything seemed possible for the Canadian folks. Milos Raonic, Vasek Pospisil and Eugenie Bouchard were ranked, respectively, No. 6, No. 27 and No. 8, but still that undersells the results each of them had enjoyed. Raonic had made the quarterfinal at Roland Garros and the semifinal at Wimbledon and Bouchard had two semifinals and one final in the year’s first three Grand Slams under her belt. Pospisil’s resume was less grandiose, until you factored in doubles: him and Jack Sock had captured the Wimbledon title.

And then, well, Bouchard took the power out of the Rogers Cup in her hometown of Montreal by losing to qualifier Shelby Rogers 6-0, 2-6 and 6-0 in her first match of the tournament.

Raonic, through no faults of his, is doomed with playing in the golden age of the sport and seemingly forever has to battle one of Novak Djokovic, Rafael Nadal (though maybe not for long anymore) and Roger Federer in the hopes of advancing beyond the quarterfinals of any single event.

Pospisil, meanwhile, is the traditional Canadian tennis player in that he excels in doubles, in the mold of the Daniel Nestor and Sebastien Lareau who have come before him, but he is also different in that he is very good in singles too. Save for Wimbledon a month ago, the 25-year-old hasn’t quite had the singular results that Raonic has but he would be the best singles player in Canada’s history regardless.

But of course, neither of the two has fallen as swiftly as Bouchard. After winning only eight matches since her embarrassment in the Wimbledon final last year, and only twice in her previous 14 matches, the 21-year-old has fallen to No. 25 after a peak of No. 5 and shows no real signs of bouncing back.

She had to do something.

And this is why she parted ways with her head coach Sam Sumyk; it’s not a coincidence, but perhaps the right word is surprising? In light of her results this season, the decision itself is certainly not surprising but the timing of it is, considering that the decision comes on the eve of her home tournament.

Maybe the fact that she is far from the hub of Montreal, and the reminder that she did so poorly here a year ago, will help Bouchard. No one knows. But it does seem like in trying to get rid of a distraction in Sumyk right before the tournament, she created one.

When Bouchard steps on the court for her first match in Toronto, and hopefully the subsequent ones, expectations will be as low as they’ve ever been for the Canadian. It’s typical for a young player to experience irregular results at the beginning of his or her career, but not quite to the extreme of Bouchard.

Then again, she experienced such a dream and perfect start to hers that perhaps it is fitting that she now must endure a nightmare.

It’s just too bad though, because you would hope that the dream would continue one more week.