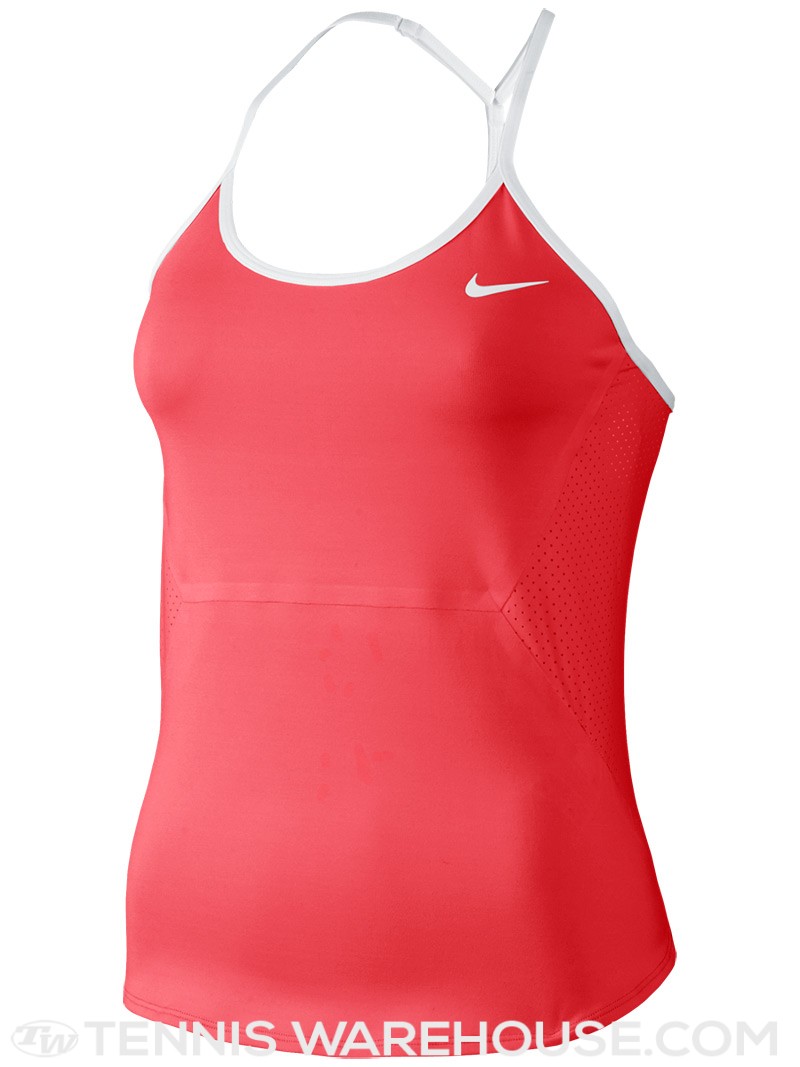 A sizzling summer of WTA action is set to begin and the Nike Tennis team of Serena Williams, Maria Sharapova, Vika Azarenka and Genie Bouchard are ready to debut the latest in Fall 2015 Nike Tennis gear.

Winning four majors in a row, Serena soars into the Rogers Cup with the hopes of preparing for the final Major of the year at the US Open in the best possible fashion. Set to debut the Fall Tennis Strappy Tank in volt with black, Serena’s skirt for Toronto and Cincinnati will be the Fall Four Pleaded Knit Skirt in black with white. Serena’s shoes for the rest of 2015 will be the all-new NikeCourt Flare.

Continuing to endorse her own custom line, Sharapova will look sharp in the Fall Premier Maria Tank (pictured to the right) in ember glow with white, which will be paired with the Fall Victory Print Skirt in university red. Sharapova’s tank will feature adjustable spaghetti straps, bonded seams for no abrasion comfort and a mesh back panel for ventilation. The Russian’s shoes for the hard-court swing will be the Vapor 9 in a custom colorway.

Bouncing back nicely with a competent run at Wimbledon, Azarenka returns to her beloved hard-courts where her footwork can be amplified. Set to unveil the Fall Slam Breathe Tank in white and black, Azarenka’s matching bottom will be the Fall Court Short in vivid pink with white. Azarenka’s footwear for the month of August will be the Zoom Cage 2 in white and sliver.

Looking forward to returning to Canada and the Rogers Cup, Bouchard’s fan base will be ready to support her efforts. Scheduled to wear the Fall Slam Breath Tank in ember glow with white, Bouchard will complete her outfit with the Fall Victory Print Skirt in university red. Bouchard’s footwear of choice in Canada and Cincinnati will be the Vapor 9.5 Tour in white and bone.