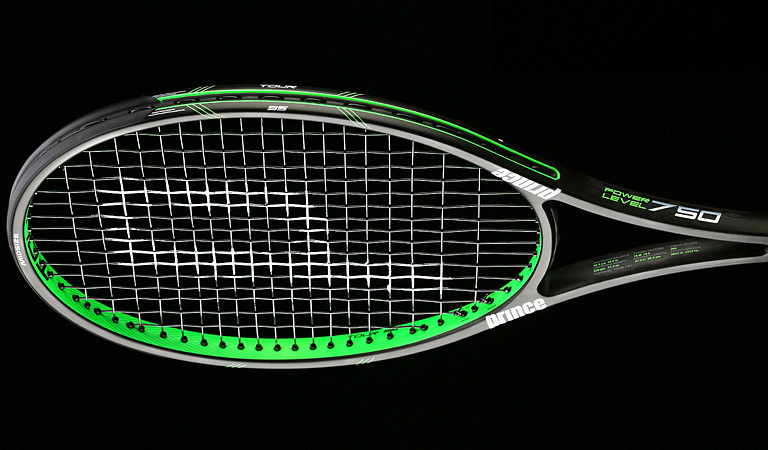 I’ll start by saying that “Prince Got it Right” with this frame!

There is a huge appetite with many tennis players to get their hands on a racquet that actually plays like one of the classic frames (an arm friendly frame with a low flex rating combined with a crisp yet plush feel when striking the ball) that have been long out of production. Many racquet manufacturers trade on the past glory and reputation developed through these classics but have failed to replicate that feel and performance in their current offering for the current consumer. Prince has come up with a winner with this 95T Textreme!

The unstrung specifications of this frame is:

(* based on diagnostic testing feedback from Ring & Roll Sports)

Don’t be fooled that the 95 sq. inch head size thinking it is too small. It’s the exact same head size as the Head Prestige MP and Wilson Blade at 98” except that Prince measures their head size from inside the hoop and the other manufacturers measure around the circumference of the outside of the hoop. So for all intent and purpose, the Prince 95” and the Head and Wilson 98” is the same size hoop!

With the 95T, Prince has produced a modern frame that plays with the best characteristics of those desired classic frames of days past but with a major modern day technical enhancements (“Textreme”). In short, Prince has managed to produce a modern frame with a classic feel by combining all the best attributes of the classic frames with the added modern technology to produce a frame with: 1. the stability and crisp response at impact for performance requirements sought by the modern player and 2. power from the baseline combined with the ability to produce touch shots at the net. Finally, this frame is NOT a competitive player frame suitable for only high NTPR level players to play with. The attributes and benefits of this frame are equally suited to the 3.5 through to the 7.0 level player.

The off-the-rack set up is ideal. The head light balance (30.5 cm or 8.5 pts hl) and moderate swing weight (290) makes it really easy to whip around the contact zone and crunch the ball at impact. The frame has a 60 flex rating combined with the 22 mm beam, making the frame stable and extremely comfortable and plush at impact. Finally, the 95T has a 16 x 19 string pattern that provides the same control as an 18 x 20 string pattern. Combined with the low swingweight, you get a really nice whip ability in the head resulting in a lot of ease in producing the topspin features desired in a 16 x 19.

Textreme is a composite fibre that is the current material of choice in the sporting world with high performance sporting good products such as Bauer in their composite hockey sticks, Formula 1 car chassis, racing bikes, etc. Its desired characteristics in these diverse range of sporting products is that it adds torsional strength and stiffness without compromising weight.

From a power perspective, this frame is not a racket launcher. Players seeking additional unassisted power, should look at the Prince’s T100. But on playtest, the 95T combined adequate with excellent touch for softer shots.

Finally, kudos for the color combination Prince selected for this frame. The matte black with florescent green is both beautiful and classic.

With the introduction of the Textreme, Prince may end up being the manufacturing award winner for 2015.